I would like to direct a question to the Minister of Customs (Mr. Boivin) and in doing so to read an extract from a magazine called The American Mercury, published in Boston and edited by H. L. Mencken. In an editorial of the issue for June the following reflection will be found:

The average Englishman is a dull fellow and seldom shows any enterprise, but he knows how to follow leaders who have what he lacks, and he did it to immense effect for many centuries. But to-day, it must be obvious, there are few leaders for him to follow, and most of the few are pathetically fourth rate. It would be a sheer impossibility to imagine Palmerston or Disraeli swindled and made a spectacle of as Austen Chamberlain was at Geneva. It would be equally impossible to imagine the England of the great days following such dubs as Baldwin, Asquith and Winston Churchill-half of them fanatics and the other half rogues. The one English statesman who has shown any genuine skill at his trade for a generation past is Lloyd George, a petty attorney from a Welsh country town-the sort of fellow who, a century ago, would have served his country by sitting to Dickens or Thackeray, not by bossing the state. Nor has luck run with the Motherland on the next 'higher level. The amiable George V is so plainly a blob that alluding to the fact becomes a sort of cruelty, and his heir, searching the empire for a horse that won't throw him, becomes simply a comic character, even to the English. More and more they miss the waspish but hard-headed Victoria, and on blue days they miss dear Albert too.

I would ask the Minister of Customs (Mr. Boivin) if that kind of magazine is to be allowed to enter the Dominion of Canada.

Mr. Speaker, the Minister of Customs is not in his seat, but I can assure my hon. friend that the minister will be as anxious as he is to avoid a casus belli or improper reflections in any way. I am sure he will look into the magazine and consider carefully whether its articles are of such a character as should cause it to be prohibited.

would ask the Prime Minister, in the absence of the Minister of Customs (Mr. Boivin), if before applying any dumping duty to strawberries entering this country an inquiry will be made into the retail price at which strawberries are selling in the prairie provinces. I am informed on reliable authority that strawberries are selling retail in Manitoba at $7.75 per crate of 24 quarts. What I want to know is will the officers of the department be instructed to make an inquiry into this matter before any action is taken with regard to the dumping duty?

I think my hon. friend may assume that his request in that particular will be met.

desire to direct to the ministry a question based on an incident that occurred in this House on June 9. As Your Honour will remember, we had just passed the Hudson Bay vote, and there was some confusion, some noise in the chamber, when the next item was called, whidh happened to be the item - of $14,000,000 for the Welland canal. I very distinctly heard the Minister of Railways and Canals (Mr. Dunning) say: "If you will allow me to get the Hudson Bay material into this envelope, and to draw the Welland canal materia!' out of another envelope, we will proceed," or words to that effect. I assumed, and so did many of my colleagues, that the minister was about to make a statement with regard to the item, but it appears that the Welland canal item carried quickly without any statement having been made. I desire to ask the Minister of Railways and Canals and the government if they would consent to the restoration of that item for the purpose of allowing the minister to make an explanation of that $14,000,000 vote. 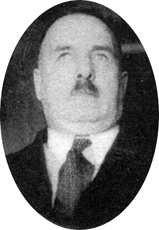 Mr. Speaker, it had been my intention to make the same request of the Minister of Railways and Canals (Mr. Dunning), but as it has been preferred by the hon. member for Bow River (Mr. Garland), I shall simply endorse his request.

Hon. CHARLES A. DUNNING (Minister of Railways and Canals): Mr. Speaker, I am of course in the hands of the House in regard to the matter. I was quite ready to proceed to give any information desired by members of the committee with respect to the Welland canal item, but from all quarters of the House came cries of "Carried. ' and I thought the item was carried. In addition to that, another item dealing with the Welland canal was called, and I believe carried also. But if there is an opportunity under the rules of the House again to get into a position where I can give any information which any hon. member desires with regard to the Welland canal, I shall be happy to do so. I do not know how under the rules the matter may be revived, but I have certainly no objection to giving the information.

I would ask again whether the minister would place on Hansard an explanation with regard to this vote. The House is entitled to the information. The item only carried, I am convinced, on a misunderstanding. The minister, we assumed, was going to make a statement, but that statement was not made.

I am not just positive how a matter of this kind can be dealt with under the rules, but on the next occasion when the estimates of the Department of Railways and Canals come up for consideration in committee of Supply, I shall be pleased, with the consent- of the House, to give the information, and in that way it can go on Hansard, as welt as any discussion relating to it. I merely want to assure my hon. friends that I have no intention of avoiding a discussion with regard to the matter.

Mr. Speaker, I should like to read part of the fallowing telegram from Prince Albert, and ask a question concerning it:

Allbert to tihe Canadian Pacific Railway. Believe that this would be the biggest steal of public property ever yet pulled off. *

The telegram goes on:

Alderman and Chairman Western Lines B.R.C. of A.

May I ask if the government has received such a request from the Board of Trade of Prince Albert, and further, whether there is any intention of turning over this branch line to the Canadian Pacific.

As the member for

Prince Albert, I might say to my hon. friend that if there were anything really serious in the message he has received, a message from the Board of Trade would have been sent to me. I have received nothing from that source, nor so far as I am aware has the government.

The part of the

telegram I omitted to read, thinking it irrevelant, contained the information that a similar message had been sent to the Prime Minister.

Mr. Speaker, that whoever sent that message to my hon. friend found it necessary to make that assertion, for up to the present time I have not received such a message, but no doubt it is on its way.

Hon. CHARLES A. DUNNING (Minister of Railways and Canals): Perhaps I should say a word in reply to my hon. friend's question. There has been some talk in the vicinity of Prince Albert as to the desirability-