That the fifth report of the select standing committee on miscellaneous private bills be concurred in.

That in accordance with the recommendations contained in the fifth report of the select standing committee on miscellaneous private bills, the fees and charges paid on Bill No. 110 to incorporate the President of the Lethbridge Stake; and on Bill No. 145, to incorporate Thousand Islands International Bridge Corporation, be refunded, less the costs of printing and translation. 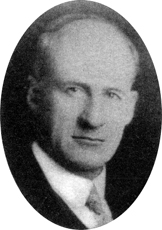 That in accordance with the recommendations contained in their sixth report, the select standing committee on railways, canals and telegraph lines be permitted to sit while the House is sitting.

it the intention of the committee to deal with other subjects than that of the Peace river bill?

That the recommendations contained in the sixth report of the select standing committee on railways, canals and telegraph lines to print, for the use of that committee, an additional 100 copies in English of evidence taken, and of evidence which may yet be taken, by said committee respecting Peace river district proposed railway routes to the Pacific, be concurred in providing the type is standing.

PRECEDENCE FOR GOVERNMENT BUSINESS ON MONDAYS

Mr. Speaker, with the

consent of the House I beg to move that on Monday the 4th of April, 1927, and subsequent Mondays until the end of the session government notices of motion and government orders shall have precedence over all other business excepting questions and notices of motion for the production of papers.

Topic:   BUSINESS OF THE HOUSE
Subtopic:   PRECEDENCE FOR GOVERNMENT BUSINESS ON MONDAYS
Permalink