That the names of Messieurs Dunning, Glen, Ralston and Stewart (Edmonton West) be respectively substituted for those of Messieurs Gervais, Jacobs, Morin (Bagot) and Denis, and

also that the name of Mr. Malcolm be added on the select standing committee on agriculture and colonization.

By leave of the house,

shall the motion carry?

I wish to direct the attention of the

Secretary of State (Mr. Rinfret) to Hansard of yesterday, page 1231, where there appears a series of questions put by me which were supposed to be answered. I direct the minister's attention to the last question:

Will the Canadian government pay Major Lanctot's salary and also his travelling expenses and living allowance while he is representing the Royal Society of Canada, the Canadian Historical Association and the Canadian Authors' Association at various functions of a private character in Paris?

The answer to that question is:

I submit that that is no answer. at all. Surely the Secretary of State does no.t want me or the house to believe that, with respect to a question of that kind, the government are not prepared to say whether or not they are going to pay Major Lanctot's salary. Surely the question is very simple and one which, it seems to me, should be answered. I protest that the answer given is no answer at all, and I have not been accorded the courtesy which a question of this kind calls for.

I am surprised that my hon. friend

should take this stand. The questions were most extensive and in the few days at our disposal we endeavoured to deal with them all. I repeat that we are not aware that Major Lanctot is going to Paris for any other purpose than to represent the archives department at the French exposition. 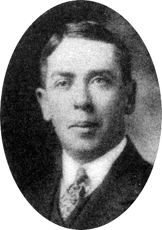 I rise again, to a question of privilege if you like. I will put the question again to the Secretary of State: Will the Canadian government pay

Major Lanctot's salary and also his travelling expenses and living allowance while he is representing the Royal Society of Canada, the Canadian Historical Association and the Canadian Authors' Association at various functions of a private character in Paris? I submit that the Secretary of State can answer, yes or no, whether the government intend to pay Major Lanctot's salary.

That is not a question but rather an innuendo, and I am not informed that the facts are such as insinuated therein. That is why I replied officially that there was no information that Major Lanctot was going abroad for any other purpose than to represent the archives department at the French exposition.

Again I protest, this time against the word used by the Secretary of State. There is not a particle nor a shadow of an excuse for him to refer to my question as an innuendo. It is a simple question, put as plainly and clearly as possible. If the minister is not prepared to answer or if he does not intend to answer, very well; I can quite understand that, but I want to protest against the minister saying that any words used in that question are intended as an innuendo. The minister has sufficient knowledge of the English language to know that he 'has no right to use that word as he did use it, and I protest against such use.

I will admit I have no right to use the word as my hon. friend now uses it, but let me repeat that I have no information that Major Lanctot has gone abroad for any .otheir purpose than to represent. the archives branch. If, while in Paris, he chooses to attend one meeting, go to one theatre or visit one museum for a few moments, surely my hon. friend will not protest against that. The main purpose of his trip is to represent the archives branch.

At the public expense.

Naturally, since the archives branch is a branch of the public service. Further, Mr. Speaker, I submit that this is all out of order.

May I direct your attention, Mr. Speaker, to page 113 of Beauchesne, from which I read as follows:

The purpose of a question is to obtain information and not to supply it to the house. A question may not contain statements of facts unless they be necessary to make the question intelligible and can be authenticated; nor should a question contain arguments, inferences, imputations, epithets or controversial or ironical expressions.

I think the question was out of order.

On the point of order raised by the .Minister of Justice (Mr. Lapointe), I submit that it is rather late to say the question is out of order, after the government have undertaken to answer it.

VISIT TO WASHINGTON OF MINISTER OF TRADE AND COMMERCE

Before the orders of the day are called I desire respectfully to ask a question of the Minister of Trade and Commerce which I do not think he adequately dealt with in the answer he gave yesterday. In the Washington Daily Star and in the New York Journal of Commerce, despatches appeared, which have been reprinted in Canada, having to do with his visit to Washington, and in the Philadelphia Public Ledger, a very old and most reputable paper, the staff correspondent directed attention to the visit of the Minister of Trade and Commerce in the following words:

Negotiations are under way for an agreement .to leave American tariff rates on Canadian farm products where they are in consideration for Canada's signing the St. Lawrence waterway treaty.

The Canadian Minister of Commerce, James Malcolm, is in Washington on what is described as a purely social visit. He called on President Hoover and on various other American officials. And there is very little doubt his coming to Washington has to do with the feeling in Canada over the projected increase in tariff rates upon the farm products.

If these statements are erroneous, Mr. Speaker, I desire to ask the Minister of Trade and Commerce to make a clear and unequivocal statement with respect to them, because a few days ago he was very anxious about statements appearing in a Canadian journal, written by a Canadian correspondent. So I suggest that it is highly desirable in the interests of the people of Canada that they should know exactly what if anything has transpired in connection with his visit to Washington.

Topic:   VISIT TO WASHINGTON OF MINISTER OF TRADE AND COMMERCE
Permalink