As this report will be

published in votes and proceedings perhaps we might dispense with the reading of it. 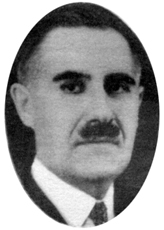 Hon. CHARLES A. STEWART (Minister of the Interior) moved for leave to introduce Bill No. 343 to amend the Yukon Quartz Mining Act. Motion agreed to and bill read the first time.

Hon. FERNAND RINFRET (Secretary of State) moved the first reading of Bill No. 342 (from the senate) to amend the Companies Act. Motion agreed to and bill read the first time.

1. Is a government employee, being a disabled returned soldier, when called upon for medical examination by the Pension Board, docked any portion of his pay or salary on account of his having received allowances from the Department of Soldiers' Civil Re-establish-mant? _

1. No deduction is or has been made from the pay or salary of a civil servant on account of his receiving travelling allowances from the Department of Soldier's Civil Re-establishment or the Department of Pensions and National Health. No other allowances are paid in respect of medical examination of civil servants by the Board of Pension Commissioners for Canada. Prior to the 1st April, 1928, a civil servant while undergoing a period of observation or treatment in hospital enjoyed an income of $30 per month less than while at work. From the 1st April to the 31st December, 1928, his income while in hospital or at work remained the same, unless his pension exceeded compensation, when his income would be reduced by such excess. From the 1st January, 1929, he is granted his full salary plus any allowances to which he may be entitled by way of compensation.

1. What mining corporations, if any, in Manitoba, Saskatchewan and Alberta, have been exempted by the government from taxation during the past three years?

2. When was such exemption begun and for what period does it extend?

3. Was such exemption given by order in council?

4. Was the proposal to give such exemption from taxation submitted to parliament before being given?

5. Is it hot a fact that such corporations, if not so exempted from taxation, would be taxed only on profits?

1 to 4. Taxation is a provincial prerogative. By order in council dated the 13th December, 1910, provision was made that no royalty should be charged on the products of copper mining locations acquired under the provisions of the regulations for the disposal of quartz mining claims on Dominion lands in Manitoba, Saskatchewan, Alberta, the Northwest territories and the Yukon territory, for a period of ten years-that is, up to the first, day of January, 1921. By order in council dated the 16th December, 1920, the product in copper of the mineral claims at Flin Flon lake in the province of Manitoba were granted an exemption from the payment of royalty on certain conditions for a period of ten years from the 1st January, 1921. At the time these concessions were granted it was not the policy to consult the province on such points. By order in council dated the 25th November, 1927, the Hudson Bay Mining and Smelting Company, Limited and by order in council of the 10th September, 1928, the Sherritt-Gordon Mines Limited were granted, with the approval of the provincial government, exemption for a period of twenty years from the 1st day of December, 1927, from payment of royalty on products on a limited area of their holdings in the province of Manitoba provided smelters and reduction plants necessary for the development of the property are constructed and such products are treated therein.