1. What amount of money was paid by the government of Canada for the following individual properties in the city of Ottawa: Russell Hotel Company, the Egan Estate, W. J. Irvine, Ottawa Electric Company, the Bangs Estate and the Matthewman Estate?

2. What money, if any, was paid in each case for the realty, or for the disturbance of business?

Commission for purchase of properties

tired from advances made by the Dominion government under vote 126, 1921.

2. (a) The Canadian National Railway Company are successors by amalgamation to the Grand Trunk Railway Company- of Canada and under such amalgamation they assumed all of the liabilities and obligations of the Grand Trunk Railway Company of Canada. The amalgamation was made under agreement dated January 30, 1923, which agreement was confirmed by order in council P.C. 181, dated January 30, 1923. The authority for assuming the liabilities and obligations was by virtue of the said agreement which was made in accordance with and subject to the provisions of sections 152 and 153 of The Railway Act, 1919.

3. Yes, with the exception of the 5 per cent notes in the amount of $9,720,000 which were redeemed in 1921. The amount of the 4 per cent perpetual debentures, now the 2 per cent guaranteed debenture stock, has, however, been reduced to $30,559,114, as shown on page 28 of the annual report, this reduction being made by means of a sinking fund as provided for under an agreement with the debenture holders at the time these securities were exchanged.

4. The amount of these securities that are now in the hands of the public is $58,261,114, and same is included in the total amount of long-term funded debt as shown on page 15 of the annual report.

5. The Canadian National Railway Company, as stated in answer to question 2 (a), are responsible for the liabilities and obligations of the former Grand Trunk Railway Company of Canada. 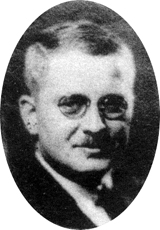 1. Did Superintendent Killaly ascertain that the ex-service men, who were not reengaged in seasonable employment in 1931 on the Trent canal, were inefficient, if so, when?

2. When did he notify these men that they were inefficient?

3. When did he report them as inefficient?

4. In what way were they inefficient?

1. Yes. In that connection Superintendent Killaly reports: "Services of men not reemployed were known to be unsatisfactory for some years. The fact that they were returned soldiers created sympathy for them resulting in their being retained. They have been reasoned with, appealed to, ordered and threatened with dismissal by myself and other officials on many occasions but all to no effect."

2. On many occasions in past years.

3. Not required to report unsatisfactory service of fabourers to department.

4. Did not give reasonable service. Loafing until superior officer appeared on work.

1. What are the names of the lawyers retained by the Department of Justice or any other department of the government since September of last year, having their offices in the city of Vancouver and the federal district of Now Westminster, up to the present time?

2. What amounts have been paid for such services, and to whom were said amounts paid?

3. Were all legal accounts properly taxed and by whom?

4. What amounts are still owing to these lawyers ?

2, 3 and 4. Payments are made by the various departments concerned after taxation by the Department of Justice.

1. AVas the Honourable Rodolphe Lemieux, during his term of office as Speaker, authorized to use the automobile belonging to the state for the use of liis family?

2. AVas he authorized to employ a chauffeur paid by the state?

3. Were the servants of his private dwelling paid by the state?

1. No. Mr. Lemieux used an automobile which he purchased himself.

2. Yes. A member of the House of Commons staff acted as his chauffeur when required.

1. How many applications in respect of the hull loaning policy of the Live Stock branch of the Department of Agriculture have been received by the department, and from whom?

2. What are the names and addresses of the parties whose applications were accepted?

3. What are the names and addresses of the parties whose applications were not accepted?

4. Why were said applications not acceptable to the department?

5. Will the department accept applications now, and if not, why not?