Mr. Speaker, a question was

I lay on the table copies of the relevant documents.

1. Was John W. Cahill, district supervisor of beef grading, Calgary, a naturalized British subject when he first made application for the position?

2. When was he appointed to this position?

3. When did he make application to the Civil Service Commission?

4. When was he naturalized?

5. How many applicants were there for this position?

6. How many were qualified and placed on the eligible list?

7. Give names and dates of appointments.

8. Who was the Department of Agriculture representative named to he a member of the examining board?

9. What officers of the Department of Agriculture signed the examining board report?

10. What other competitions have been held since that date for this position by the Civil Service Commission ?

11. How many applications were received?

12. Give the names of the successful candidates, in the order in which they were placed by the Civil Service Commission?

13. Were either or both of these applicants in the first competition?

14. If so, why were they not placed on the eligible list?

Mr. GROTE STIRLING (Yale) moved concurrence in the first report of the' joint committee on the library of parliament. Motion agreed to.

MOTION FOR CONCURRENCE IN FOURTH REPORT OF SPECIAL COMMITTEE

The house resumed from Thursday, July 30, the adjourned debate on the motion of Mr. Gordon for the concurrence in the fourth report of the special committee appointed to investigate the Beauharnois project.

Mr. Speaker, as a member

of one of the independent groups and as one who has supported the plea for an investigation I should like to call attention to certain aspects of the report. I shall not attempt to follow the apologia of the leader of the opposition (Mr. Mackenzie King). There were no charges made against him, and yet he made an elaborate defence which reveals, probably, his own personal integrity, rather than his political sagacity. In the early part of his speech he discussed Mr. Sweezey's cynical statement that "gratefulness was always regarded as an important factor in dealing with democratic governments." He repudiated the idea that the acceptance of campaign funds had any influence on the policies of politicians. However, later in his [DOT]speech he insinuated that an investigation might show that tariff concessions were not unconnected with campaign funds, and insisted that large contributions are what tell at election times. He urged that a leader of a party could not very well have a knowledge of the campaign funds and of those who had contributed and still be free to decide questions on their merits. Again I would suggest that the moral standards of the leader of the opposition are high but rather unreal. I ask, would the majority of corporations continue to subscribe to campaign funds from purely altruistic motives? And I ask, would the leader of the opposition himself be very happy in his enjoyment of the position secured through doubtful means, even although he himself was personally ignorant of them? As a matter of fact we all know that every member of parliament is required to certify to the statement of his agent with regard to contributions and expenses, and thus if the contentions of the leader of the opposition were correct every private member must have moral difficulties as great as those which the leader would have.

I should like to congratulate the chairman of the committee, the Minister of Immigration (Mr. Gordon) on his statement. He enunciated a new code of financial morality- at least I have never heard it in this house put so clearly. I quote from page 4355 of Hansard. He was referring to the

fact that the promoters of the company who are now in control have no money in it but had made a great profit out of it, and he said:

-every time a dollar is added to the capital cost of any business the ultimate result is that those who have to transact business with that company or with that industry, must, all down through the future, just pay that much more for the product of that industry. Therefore it is very essential, particularly in the development of a resource such as this, that its initial capital cost be kept down to the lowest possible limit, in order that the benefits that will flow' from its development will be reaped by the people of the country.

It seems to me that if we really incorporated that principle into our requirements with regard to big corporations, we would be far on the way to a much higher level of business morality than we have had in the past.

It is obviously very difficult for the ordinary member of parliament to study the evidence as contained in the report of over a thousand pages, covering highly technical engineering problems, and legal and constitutional questions and financial arrangements with wide ramifications. I have wondered as I have looked over this evidence, whether a hundred years from now, if somebody delving into the archives should discover the report of this inquiry he might not regard it as a farce displaying the political morals of the dark age of 1931. Look at the dramatis personae! Senators, financial promoters, deputy ministers and other government officials, bankers, parliamentary agents

otherwise known as ''lobbyists"-barristers galore, engineers, investment brokers, chartered accountants, an ex-Prime Minister, a medical doctor. In the background, as a sort of chorus, political parties-and may I say not a single woman in the play.

The directors of one of the corporations were all women. 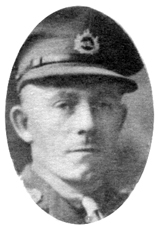 Yes. I had forgotten that at one time the directorate of one of the corporations was composed entirely of stenographers.

Yes, women stenographers-I stand corrected. I think the people of that future time might well consider that the author of such a play goes to incredible lengths and creates impossible situations. That a man could be a trusted member of a government advisory commission, the head of an important allied executive position, a senator, the confidant of the Prime Minister of

the day, and at the same time one of the gang engaged in looting the resources of the country-well, it might be considered that even in 1931 the people could not have been such fools as to be so hoodwinked. Or another illustration: that any man could be a responsible official of a government-owned road, a deputy minister of the Department of Railways and Canals, and at the same time a partner with the aforementioned senator in a fake company through which they milked the principal company. Well, really the plot transcends the bounds of poetical licence or legitimate fiction.

I would say that we have inherited from the classical economists the doctrine that capital is built up by means of frugality and savings. It seems to me that one of the outstanding results of the investigation ought to be to dispel that superstition. The wealthy, starting with little or nothing, to use the expressive phrase of the day-"financing on a shoe string," spending lavishly other people's money, using political influence to acquire what are called "rights," creating "nuisance" values, and building up a financial structure are enabled to exact tribute in perpetuity from the public.

Further than that, it seems to me that another result of the investigation ought to be the revelation of modern business methods. Men known to all of us, respectable, honoured, kindly men are yet engaged in a ruthless competitive system that recognizes no accepted moral standards, that is essentially a scramble for profits-rival concerns fighting one another, distrusting and overreaching one another, then joining hands the more effectively to loot the public. Sweezey, an engineer wanting to get things done- finding obstacles that had to be removed-bribery distasteful but necessary-outside his own field gullible as a child and the prey of unscrupulous adventurers! As I thought over the situation thus revealed, I recalled a book that I had been reading not long ago, James Truslow Adams on Our Business Civilization, wherein he remarks:

If the leaders are not humanely rounded personalities, civilized rather than barbarous, what shall be expected of the mass which patterns itself upon them? In a word, can a great civilization be built up or maintained upon the philosophy of the counting house and the sole basic idea of a profit.

I think perhaps it is well that the general public should recognize very clearly that the special committee of investigation was not an impartial court. As we went in to the railway committee room we were impressed by the battery of lawyers representing various

interests, and, curiously enough, the accuser and the rival political parties involved were sitting in judgment on their colleagues and upon the man who evidence showed confessed to attempting to bribe them. I would say that naturally men are apt to shield personal and political friends and to expose the shortcomings of their rivals. I do not know that that is altogether a reprehensible tendency; there is a good deal to be said for it; but I would point out that such a committee is not very well fitted to carry out an impartial investigation. That is the main point. I think I took that ground several years ago when the customs matter was under consideration, I then moved that there should be a judicial commission to complete the investigation.

It should be remembered that this Beauharnois probe was the result of the action of the independent members of this house. It has been claimed that a good deal of political capital is being made out of this discussion, so perhaps I might be permitted to make that statement from our standpoint as independent members. May I say also that I am not claiming any superior virtue whatever for the members in our corner of the house, but I think I may claim that in a matter of this kind we are in a superior position in that we are free from some of those considerations which perhaps somewhat tie up members in other parts of the house. Last year the hon. member for Acadia-

How do you know? Can you prove what you are saying?

I do not know; I am merely expressing an opinion. I would say frankly that I think one of the reasons is that we are too few in number as yet to have come to the attention of some of the men who may be anxious to secure concessions. Let me be perfectly frank in the matter; I said I claimed no superior virtue in the matter but that possibly in a question of this kind we were in a position to criticize somewhat more freely than some others.

Barkis is willing; is that the idea?