1. Was any amount guaranteed to the chartered banks of Canada on account of the Beauharnois Light, Heat and Tower Company? 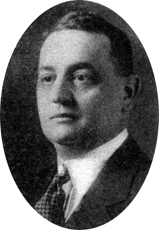 For a copy of all correspondence, including petitions, letters, telegrams and all other documents exchanged between any member of the Dominion government or any official thereof and any member of parliament, provincial legislatures or municipal councils regarding the appointment of Mr. Thomas Maher as a member of the federal radio commission.

Just what does the

. . . between any member of the Dominion government or any official thereof and any member of parliament, provincial legislatures or municipal councils . . .

Does it mean communications between members of parliament and the government? If that is what is meant, it is quite in order; otherwise, it is not.

I take it that is what it

means. Shall the resolution carry? 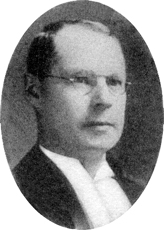 For a copy of all the correspondence, letters, telegrams and other documents exchanged between Air. Francois Belanger, ex-lighthouse keeper, of Ste. Felicite. Matane county, and the lion. Minister of Marine and Fisheries, such documents to include copy of the inquiry, and the letter of Mr. William Russell, of Matane, county of Matane, dealing with the dismissal of Mr. Francois Belanger, as lighthouse keeper of Ste. Felicite, county of Matane, Quebec.

DUMPING DUTY ON GASOLINE On the orders of the day: 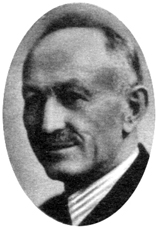 I wish to ask a question either of the Minister of National Revenue or of the Prime Minister. I notice in this morning's paper an article headed "Government Cancels Dumping Duty Imposed on United States Gasoline," which means about 2 cents a gallon. Is this report correct?

NEW GOVERNMENT LOAN On the orders of the day:

Yesterday the hon. member for

North Waterloo (Mr. Euler) put a question to me which I was not able to answer fully at the time. I am now, however, in a position to make a definite answer. It has been decided to make a public issue, and it will be made as soon as the necessary preparations for a dominion-wide offering can be completed. It is proposed that it shall be handled by an organization similar to the one which did such excellent work in connection with the national service loan. That organization, which is being set up, I am happy to announce will be presided over by Sir Charles Gordon, president of the Bank of Montreal, who served so acceptably on the previous occasion. It would not be advisable at the moment to give a complete statement of details as to terms, rates and conditions, but the amount will be for the sum of $80,000,000, and the issue will be made probably on the 31st day of October. The contemplated financing will provide for the meeting of the balance at maturity amounting to the sum of $34,449,950, which is due on the first of November, being a residuum of the renewal of the old victory loan, which was renewed for a period of ten years in 1922. The balance will be used for purposes of the dominion, including Canadian

National Railways financing which, as hon. gentlemen are aware, is now being made directly from the dominion treasury rather than through the form of guaranteed bonds which has obtained hitherto.

On the orders of the day: Mr. CAMERON R. MoINTOSH (North Battlefordl: May I direct a question to the right hon. the Prime Minister? I have here six telegrams from six different parts of the North Battleford federal riding, the request in each telegram being for information from the government in connection with the wheat acreage or bushel bonus by way of compensating advantage to the wheat growers for 1932. The Prime Minister said the other day that the matter was under consideration by the government. May I ask him today whether he can give to- the house and the country an answer as to when he will make a definite statement one way or the other in regard to that question.

Early next week I shall probably make a statement.