I desire to lay on the table a number of orders in council passed pursuant to the relief legislation.

A message from His Excellency the Governor General transmitting further supplementary estimates for the financial year ending March 31, 1933, was presented by Hon. E. N. Rhodes (Minister of Finance), read by Mr. Speaker to the house, and referred to the committee of supply.

(Questions anwered orally are indicated by an asterisk.)

Mr. LaVERGNE: 1. What are the names of the members and the persons constituting the Canadian delegations sent annually to the League of Nations for 1932-33? 2. What are the items making up the total annual expenditures in connection with these trips ?

1. What was the total cost of the Gibb commission investigating national ports?

1. Were any complaints received by the Department of Fisheries regarding smelt fishing on the Quebec side of the Restigouehe river ?

2. If so, by whom were these complaints made, what were they, and what action was taken, if any?

1 and 2. A request was made by the Department of Colonization, Game and Fisheries of Quebec, for an extension of the season this year. The same season applied on the other side of the river and throughout Quebec, New Brunswick and Prince Edward Island. In the interest of the industry as a whole no extension of the season was authorized anywhere. 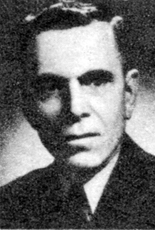 1. What is the amount of bonds issued by the government of the United States of Brazil held in Canada?

2. Is the government of the United States of Brazil meeting its interest and sinking fund payments on said bonds?

3. If not, have any representations been made to the said government for the protection of Canadian holders of these bonds? 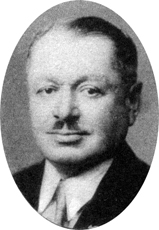 1. How many fluorspar mines are being operated in Canada?

4. What is the rate of duty on fluorspar imported from (a) the United Kingdom; (b) France; (c) Germany; (d) the United States?

5. What is the total value of the importations from the above countries and total duties collected in the case of each country exporting fluorspar to Canada?