.... I respect his integrity and his good qualities.

I have always considered him a truthful man and I should like to be able to accept his word, as I am at all times ready to do on any other point.

Mr. Chairman, it is true that on one side of the river there is being added to Lotbiniere county the parishes of St-Lambert, St-Etienne and St-Nicholas. . . . 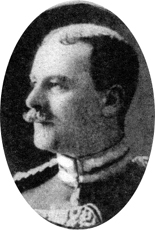 Mr. Chairman, St-Redempteur has a population of 657; St-Eitienne, of 588; St-Lamfoert, of 1,188; St-Nicholas, of 851; Nicholas-Sud, of 659, which makes a total of 3,943 added to the population of my county. As representative of the county of Lotbiniere, I am pleased to welcome all these people and to ask them to maintain the same feelings, the same ideas, the same customs. . . .

. . . . the same opinions, the same practices as when they belonged to the county of Levis.

them you will be saved.

From the Nicolet side, the county of my birth, the redistribution projected by my friends opposite brings to the county of Lotbiniere a population of 5,386 with six parishes and one village.

It is for the

think it is for the best. That makes six Nicolet parishes annexed to Lotbiniere. From an election point of view I do not think I need them. The matter was well explained just now by the hon. member for Nicolet: it is done in order to try to take aw'ay a Liberal majority of 730 which he had at the last election

You must have a great deal of influence.

not very sure of that.

Mr. Chairman, since the committee is giving these citizens of Nicolet to Lotbiniere, I must tell the hon. member for Nicolet-and I ask him to transmit the message to his constituents -that the electors of Lotbiniere are happy to welcome them, because they entertain the same sentiments and ideas, and they hope to see them continue as always to vote for the right party.

Certain manoeuvres affecting the county of Megantic have to be explained. The first plan laid before the committee would have placed in Lotbiniere county the residence of the hon. member for Megantic. When my friends opposite noticed this was not sufficient to bring him into Lotbiniere, they said: We

will take this county seat, and they placed Inverness in Lotbiniere. Following numerous discussions and adjustments and, I suppose, after invoking the Holy Spirit, the members of the committee concluded that the project was nonsensical. They left the hon. member for Megantic in his own county and they left him his county seat, but they insisted on transferring part of his territory to Lotbiniere, and this is what they did: they took Lyster, Ste-Anastasie, Nelson township, Leeds, Leeds-East and St-Jacques-de-Leeds, with a population of 4,532, and placed them in Lotbiniere. And, mark you well, in order to do that, they managed to carve out what I may call a flute with the county of Megantic, thereby joining it to Frontenac county. To these citizens of Megantic county, as to those of Nicolet and of Levis that are being transferred to my constituency, I extend, on behalf of the people of Lotbiniere, a most cordial welcome. May they always follow the example set by the people of Lotbiniere.

I must further state, as the hon. ex-Minister of Justice (Mr. Lapointe) so eloquently said this morning, Nicolet has its natural neighbours: on one side, Nicolet, on the other side, Levis, and on the south, Megantic. I have been lengthened, or, I should say, my constituency has been lengthened in the direction of Beauce.

You have been extended.