The house resumed from Tuesday, April 10, consideration in committee of Bill No. 42, respecting relief measures-Mr. Gordon-Mr. Gobeil in the chair.

When the house adjourned last evening the Minister of Labour (Mr. Gordon) was answering an argument which had been

raised earlier in the evening. The suggestion had been made that certain words which appeared in the 1933 act had been omitted from the 1934 bill, namely:

Notwithstanding the provisions of any statute or law the governor in council may,-

(a) -loan or advance money to or guarantee the payment of money by any public body, corporation or undertaking;

Notwithstanding the provisions of any statute or law the governor in council may,-

(b) When parliament is not in session, to take all such measures as in his discretion may be deemed necessary or advisable to maintain, within the competence of parliament, peace, order and good government throughout Canada;

Then I would emphasize these particular words:

-and at all times to take all such measures as in his discretion may be deemed necessary or advisable to protect and maintain the credit and financial position of the dominion or any province thereof.

I submit that these words, broad in their meaning, can give to the governor in council the power to guarantee payments in the same way as the guarantee was given to the Canadian Pacific Railway last year, and as evidence of that I suggest that we should look at the order in council, prepared by the Prime Minister himself, granting the guarantee to the Canadian Pacific. First I would ask hon. members to observe the wording of clause (b) of section 2, especially the words I have just quoted, and compare them with the language of clause 9 of the order in council as drafted by the Prime Minister, reading as follows:

I ask the committee to note the similarity between the wording of clause (b) of the present section we are considering and the basis of the guarantee as drafted in the order in council. The Prime Minister repeated, in his evidence before the banking and commerce committee, that he gave the guarantee because he believed it to be in the national interest, and he said further, " What I then did I would do to-morrow." I submit that under this section as we now have it he could

do the very thing he did in granting the guarantee to the Canadian Pacific Railway. He said further that there cannot be any opinion as to an act of parliament.

I will read the whole thing:

Q. We want the facts.

A. The facts are on the record.

Q. No, there are some facts that are only matters of both opinion and of verbal conversation.

A. There cannot be any opinion as to an act of parliament.

I submit that, learned in the law as he is, he must know that the whole legal profession makes a large part of its living by interpreting acts of parliament. I suggest to him that there may be a difference of opinion as to what he may consider the effect of this measure we are now asked to pass upon, namely, bill 42, because if he is correctly reported he evidently believes there can be no opinion as to this act. In order that there may not be any doubt as to the powers that are being granted under this section, and in view of the promises which have been made, I beg to move, seconded by Mr. Hanbury:

That section 2 of the said bill be amended by adding thereto, as clause (c), the following words:

(c) "Nothing in this section shall be deemed to authorize the governor in council to loan, or advance money to, or guarantee the payment of money by any public body, corporation or undertaking."

It will be necessary,

before taking up this proposed amendment, first to dispose of the amendment submitted by the leader of the opposition.

Last night I submitted certain questions to the Minister of Labour who is in charge of this bill. He is not here to-day, but possibly I may get the information.

The Minister of Labour is detained in his house on the advice of his physician and I am endeavouring to take his place. If it was asserted, as apparently it was, that he was staying away to avoid giving the information-because that is the inference from the hon. member's statement-

is being looked up I may say, speaking from memory, that the money was for the purpose of fitting up ships with deck accommodation to carry cattle across the ocean. It was a contribution towards that.

Mr. CAiSGRAIN: I see on this same sheet of paper an item with regard to the agricultural stabilization fund, under the act of 1933, an amount of $35,145.71. I should like to have an explanation of these various amounts. Last year in the debate on the budget we heard a good deal about this famous stabilization legislation which was to help the farmers and other exporters of products of the land. Was this money paid in virtue of the act passed last year, and how much was given to each province?

anxiety to prolong the debate is certainly very ingenious. This question has already been asked in the house by way of application for a return. At the last session of parliament the government undertook to stabilize the pound at $4.60. It was then intimated that ithe pound might probably go beyond that value and therefore the sum payable under this stabilization provision would be very small. As a matter of fact the pound very shortly after began to move up and the sum total paid under the provision was $35,145.71. I stated in my place last year that this would be charged against the relief appropriation for the year, and that was done. I am very happy to think that the movement upward of the pound obviated the necessity of a larger sum being paid.

How were these amounts paid? Were they paid to the exporters, and what are the names of the persons who received the benefit?

The return will gratify

the hon. gentleman's very laudable curiosity in that regard. They were not paid to the provinces but to the persons who made the exports under the terms fixed by the regulations, which were published and indicated to the house. 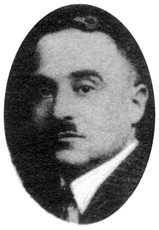 In the statement of disbursements there were two items in the 1930 and 1931 acts of $500,000 each on account of the board of railway commissioners. I pre-

sume those were the amounts granted to the board for the elimination of grade crossings. * Why have those grants not been continued for 1934?

Those items refer to

something that should not now be discussed before the committee. We are at present dealing with 1934 legislation. The 1930 legislation and the disbursements under it were discussed in 1931, and just why the time of parliament should now be taken up except for an obvious purpose for discussing the expenditure in 1930 is something I am sure the hon. member will be able to answer to his constituents. The appropriation was made in 1930 to the grade crossing fund and the next year a similar sum was appropriated. Those who are familiar with the operation of that fund will realize that there is still a deficiency in it; in fact it would require a very substantial sum of money to make good the amount needed to meet the demands upon the fund under legislation passed by parliament in previous years. There are pending before the board of railway commissioners applications for a very large number of grade crossings. I thought my memory was good enough to state the number, but I cannot do so at the moment. It is not improbable that something will have to be done to add to that fund this year. For instance, in Hamilton just before the advent to power of this government, certain recommendations with respect to level crossings were made and later the then Minister of Labour, the late Senator Robertson, after conferences with the city and the railway authorities, undertook that certain grade crossings would be assisted, and they have been completed, but the money that is payable to the city and the railway company under the provisions of the agreement has not yet been paid. This matter covered some of the payments that were made under the direction of the board of railway commissioners.

There is a matter that I

would like to draw to the attention of the government and that I hope will receive consideration when funds being provided by this legislation are being disbursed. I have already on more than one occasion indicated the situation that prevails in one part of my constituency and extending also into that of the hon. member for Souris. I would likewise like to direct attention to a resolution that came into my hands this morning and that was passed at a meeting of the reeves of four municipalities, as follows:

At a meeting of the reeves of the municipalities of Pembina, Louise, Roblin and Turtle Mountain, held at Killarney on the 6th day of 74726-129

April, 1934, it was resolved that we hereby request the government of the province of Manitoba to petition the federal government to give the same consideration to these municipalities in regard to the payment of freight charges on feed, fodder and seed as that given to the area known as Manitoba drought area "A" as given by privy council order No. 2384.

I would like to say a word in regard to this particular area. Those who are familiar with the situation will know that in the extreme southwestern part of Manitoba there is a large area that has suffered very severely from drought. The area of which I speak is not nearly so extensive but at the same time it is one that has suffered severely and from neither the provincial nor the federal government has assistance come to which I think that particular section is entitled. Because the area is somewhat smaller it was excluded from the arrangements that were made between the two governments in regard to the extreme southwest of the province. But this area of which I speak suffered very severely, not only last year but for two or three preceding years. As regards one part of this area, perhaps the Prime Minister will remember that I called it to his attention a year or two ago when I requested that the customs charges on the importation of feed should be reduced.

No, I did not get consideration as regards potatoes.