EVIDENCE OF MR. WALTER M. STEWART REQUEST BY PRIME MINISTER THAT WITNESS BE RECALLED BY COMMITTEE ON PRICE SPREADS AND MASS BUYING

I avail myself of the very first opportunity to speak to this chamber about a matter that affects the privileges of this house.

On Saturday last I had an opportunity of reading with a little care the evidence given by one Walter M. Stewart before the special committee on price spreads and mass buying on the 10th instant, whereupon I wrote a letter to my colleague, the chairman of the committee, in the following terms:

I have had an opportunity to look through the evidence given by Mr. Walter D. Stewart before the special committee on price spreads and mass buying on the 10th instant.

It appears to me that, while at the end his evidence is somewhat uncertain, nevertheless it is quite clear that he insinuated that the government, or some members thereof, have given advance information to his competitors regarding pending changes in the excise taxes on tobacco and cigarettes. May I ask you to be good enough to have him recalled for the purpose of naming the cabinet ministers whom he desired to examine and giving all information in his possession with respect to his allegations that ministers of the crown have been unfaithful to their trust.

This afternoon my colleague, the chairman of the committee, who had been engaged with the committee during the morning, handed me a letter which had been received by Mr. Norman Sommerville, K.C., counsel for the committee, dated at Montreal and reading as follows:

I told you after my examination yesterday that I was sorry for some of the things I had said. I would have liked to have asked the Minister of Finance, the Minister of Excise and the Montreal minister, Mr. Cahan, if they could tell why other manufacturers had advance information of the changes in excise duty.

I should' not have said what I did about buying governments and commissions. I wish to retract it. I was exasperated by what seemed an unwarranted intrusion into my own affairs and somewhat bewildered by unusual surroundings. I ask you to convey my apologies to the committee. I do not wish to impugn the motives or the conduct of any member of the government.

You may read this letter to the committee and make it public if you choose.

The two statements which I said would be sent to the committee are being prepared; they will be finished to-morrow when I shall enclose them.

I am interested in the growers receiving as high prices as possible but the draft agreement you submitted to me is not sufficiently definite to insure fair treatment to all. I have therefore hesitated to sign.

This letter bears date Montreal, Quebec, May 11, 1934. I received it only during the last hour but, notwithstanding the contents of the letter, in view of the reflections upon members of this chamber my request to the chairman of the committee still stands.

1. Has the Prime Minister or the Minister of Railways received a resolution adopted by the county council of the county of Bonaven-ture, concluding as follows:-"That we, the members of this county council for the county of Bonaventure, in regular session at New Carlisle, and representing divers interests in every municipality throughout the county, place ourselves on record as being opposed to the removal from this county and province, of the railway shops at New Carlisle and terminal operations at Matapedia, or anywhere else, the removal of which would be detrimental to our communities, county and province, and do hereby urge the railway management the necessity of reestablishing as Boon as possible all works and terminal operations that have been removed?

2. If so, what answer has been given to this request, if any?

1. Resolution in question received by Minister of Railways and Canals.

2. County council of Bonaventure was advised in reply that matter referred to was one coming entirely under the control of the railway management, and that representations were, in consequence, being brought to the attention of the management. 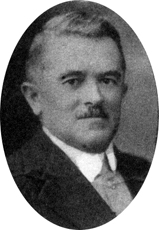 1. Has the National Gallery of Canada acquired paintings of one Ward C. Pitfield, of Montreal ?

2. If so, through whom was this deal negotiated?

3. How much was paid for the said paintings?

QUESTIONS PASSED AS ORDERS FOR FOR RETURNS

What amount did the federal government contribute during the years 1933, 1934 in the form of direct relief to the following provinces, without the provinces or municipalities being required to contribute: (a) Ontario; (b) Manitoba; (c) Saskatchewan; (d) Alberta; (e) Yukon territory; (f) New Brunswick; (g) Nova Scotia; (h) Prince Edward Island; (i) Quebec ?

1. What are the figures of the volume of export of nickel for March, 1934?