Mr. Speaker, some days ago my right hon. friend (Mr. Bennett) asked if the house could be supplied with detailed information in connection with the tariff changes resulting from the Canada-United States trade agreement signed at Washington on November 15, 19'35. I have endeavoured to have as full information as possible prepared. If the house will agree to its printing I shall be glad to move to have printed in tabulated form a statement containing the following information:

(a) Present and previous rates of duty under the United States tariff on Canadian goods enumerated in Schedule II of the trade agreement;

(2) Reductions in duty on United States goods imparted into Canada-

(a) Rates of duty applicable to goods enumerated in Schedule I of the trade agreement, together with the British preferential, intermediate and general tariff rates on the same items; the special rates under trade agreements with countries of the British

Commonwealth when such special rates are lower than the British preferential tariff and the special rates applicable to such items under the trade agreements with France.

The most-favoured-foreign nation tariff treatment enjoyed by United States goods, other than those enumerated in schedule I of the trade agreement, is shown in the customs tariff and amendments thereto; which it is also proposed to table. Hon. members will be supplied with a copy of the customs tariff.

I believe in all particulars we have followed what was done by my right hon. friend at the time this house considered the Canada-United Kingdom trade agreement.

In order that the house may be supplied in printed form with the information indicated I move, seconded by Mr. Dunning:

That 1,500 copies in the English language and 500 copies in the French language of a statement showing tariff reductions resulting from the trade agreement between Canada and the United States be printed forthwith, and that standing order 64 be suspended in relation thereto. 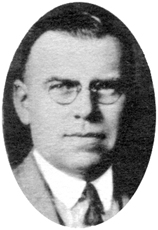 What was the exact amount of the public debt of Canada as at October 14, 1935?

What is the number of immigrants who entered the country and were admitted during the period from August 1, 1930, to October 14, 1935? [DOT]

1, Is cne G. Herring in the employ of the Podt Office Department?

3. What is the nature of his present employment?

4. By whom was he suggested or recommended [DOT] to the Civil Service Commission for appointment to the position he now occupies ad interim?

5. Does he speak French?

8. How long was he a resident of Canada before he entered the public service?

George V, chapter 31, come into effect upon proclamation by the governor in council, and if so, on what date?

2. If said act has not come into effect, will the government state the reasons therefor?

2. If said act has not come into effect, will the government state the reasons therefor?

2. The advisability of proclaiming the act in question is at present under consideration by the Department of Marine.