Class "A" Fairs Amt. of Grant

1. What was the total cost of the dominion and provincial authorities in connection with the inquiry into the Regina riots during the year 1935?

2. What was the total cost to the dominion authorities in this connection?

3. What are the names of those who were employed by the dominion government in connection with this inquiry?

Mr. Speaker, of course I canot give any reply as to the cost to- the provincial authorities. As to the other part of the question, I will have the answer ready to-morrow.

Will the Canadian Wheat Board Act, 1935, be repealed during the present session?

Mr. Speaker, in its-present form this does not appear to be a proper question. I believe it is a well established rule that the government of the day reserves to itself the time for making any declaration as to policy.

1. What was the cost of dental services to Indians m the province of British Columbia during each of the calendar years 1934, 1935 and 1936?

2. What was the cost of this service in each of the Indian residential schools of British Columbia for each of the said years?

3. What is the name and address of the dentist or dentists employed for this service in each residential school, during each of the said three years?

4. What is the tariff of fees allowed?

5. Has a dental survey been made of any or all of these schools?

6. If so, what was the result of the survey?

7. Will this service be supplemented?

S. Has any change been made in dental services to the Indians in British Columbia by the present government?

9. Are local dentists given this work?

10. If not, what dentists will be employed to carry out this service throughout the province of British Columbia, and where do they reside?

11. Will the same tariff of fees be continued or will a per diem allowance with expenses be substituted?

1. What is the total amount of the appropriation allotted by the dominion to be expended in the Banff national park for the financial year ending March 31. 1936? (This is not to include any sums specially allocated for public works projects or payments for relief employment, but merely the ordinary annual appropriation.)

2. What were the total receipts from all sources from the Banff national park during the financial year ending March 31, 1936? (This is to cover all payments by both residents and tourists, including such items as ground rents, sewer and water rates, car licences, hot springs receipts, camping permits, and in fact, all moneys paid into the park offices at Banff.)

3. What was the total amount of appropriation for the year ending March 31, 1936, which was expended in wages of government employees other than office staff and permanent employees, such as game wardens in this park? (This is merely the total monthly pay rolls made out for Banff.)

4. What is the total amount of the appropriation for office salaries for the parks branch in Banff, during the year ending March 31, 1936? 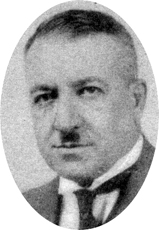 What sums were paid to each of the provinces in connection with the trans-Canada highway during the year 1936?

1. Who are the customs, excise, and income tax commissioners in the Department of National Revenue?

2. What are their salaries?

4. (a) How many officers of that department

their names, and (c) which are bilingual?

Mr. Speaker, before the orders of the day are called I should like to address a question to the Minister of Finance (Mr. Dunning). I notice advertisements in this morning's papers for an issue of government bonds to the amount of $85,000,000. Is the minister prepared to make a statement touching the matter, or to give any information in relation to it?

Hon. CHARLES A. DUNNING (Minister of Finance): Mr. Speaker, the hon. member was good enough to advise me of his question, and I have a statement prepared in the matter which I believe should be made to the house.

notice, and the thirty-year bonds are redeemable in whole or in part at the option of the government on any interest payment date upon sixty days' notice at the following prices:

In keeping with our general policy, it was considered advisable to make it possible for the dominion to call the thirty-year bonds at any time during the life of the bonds.

The war loan bonds which mature on March 1, and which are to be paid off out of the proceeds of this issue, together with a certain amount of cash from the dominion treasury, are payable in New York and Canada, and it is believed that a very large percentage of the bonds are now held in the United States. As a Canadian offering would have necessitated a very difficult, if not an impossible, exchange transfer problem, the new bonds are being offered in the United States and will be payable in legal tender currency of the United States. The new issue has been registered with the Securities and Exchange Commission, Washington, under the United States Securities Act of 1933. the registration statement having become effective to-day.

The new issue is being offered by an underwriting syndicate under the leadership of Morgan Stanley and Company and consisting of thirty-nine other underwriting houses including a number of Canadian investment dealers.

It will be recalled that the 5 per cent war loan bonds which are being retired by the new issue represent one of the two remaining tax-free issues of the dominion government. The other tax-free issue is the $236,209,800 5J per cent victory loan which matures on December 1 next, and which we intend to refund by means of an issue payable in Canada only. We expect, therefore that the year 1937 will see the last of Canada's tax-free bond issues which were floated during the war period.

The rates obtained on the new issue in New York represent, I believe, the lowest rates ever obtained for a Canadian bond offering of comparable maturities in that market. It will be apparent that the new offering will residt in a substantial saving to

the dominion treasury, not only because of the reduction of nearly $2,000,000 in annual interest charges, but also because of the increase in income tax revenue as a result of the elimination of the tax-free feature.

The house will be interested to know that reports from New York this morning indicate that the sale of the issue is proceeding very satisfactorily.

The minister has failed to indicate the price to the underwriters.