(a) The proportional representation system;

(b) The alternative vote in single-member constituencies;

and that the said special committee have power to send for persons, papers and records, to examine witnesses under oath and report from time to time.

And, furthermore, that the minutes of the evidence and the report of the special committee appointed in the last session of parliament to study the Dominion Elections Act, 1934, and the Franchise Act, 1934, be referred to the committee.

He said: Mr. Speaker, this is to reappoint the committee which sat during the last session and considered the various matters mentioned in the motion, and, in general, any desirable amendments to the Dominion Elections Act. The members of the committee are the same as those who served last session, and the work to be done is exactly the same. I remember that the committee tabled a preliminary report and asked that the committee should be reappointed this session to continue its work.

should be referred to them, but that what was done last year should constitute part of the records of this house. I only suggest that.

Mr. LAPOINTE (Quebec East); I have no objection.

The only question is whether, if someone raises a technical point, a mere reference to the committee would make the evidence and report a part of its record. But if the minister thinks it is ample I am satisfied.

Mr. Speaker, at the last session of parliament, during the discussion of a bill respecting the National Harbours Board, the Minister of Justice (Mr. Lapointe) gave assurance on behalf of the government that before the next session his department would prepare a bill to enact general legislation amending the law respecting petitions of right and providing for suits in tort against the crown. I would ask the minister, has the bill been prepared and will it be introduced during the present session?

Mr. Speaker, the preliminary work has been done, and in point of fact a draft of the bill has been prepared and is ready to be submitted to the members of the government for approval, as is usually done before a bill is brought down. As far as I am concerned my intention is that the bill will be brought down this session.

On the orders of the day: Mr. M. J. COLDWELL (Rosetown-Biggar); I wish to direct a question to the acting Minister of Trade and Commerce. Reports emanating from Berlin yesterday indicate that Germany is anxious to obtain Canadian wheat in exchange for manufactured goods, including machinery. Has the government devised any plan for effecting such direct exchanges with Germany or with any other country? Hon. NORMAN McL. ROGERS (Acting Minister of Trade and Commerce): The lion, member for Rosetown was kind enough to advise me yesterday of his intention to put this question to-day. In answer to that question I have obtained the following information: Reliej Camps

The payment agreement between Canada and Germany, signed on October 22 and effective on November 15, 1936, provides that the German government " shall make available for the purchase of Canadian goods the foreign exchange accruing from German exports to Canada." This fund of dollar exchange derived by Germany from the sale of German goods in Canada is indefinite in amount. Whatever the amount may be, 35 per cent of the total will be devoted by Germany to the purchase of Canadian wheat. For example, if Germany receives $10,000,000 during the year following November 15 from the sale of goods to Canada, the amount of dollar exchange available for the purchase of Canadian wheat should be approximately $3,500,000. The agreement provides in addition that: The German government during the first six months this agreement is in force may permit compensation transactions for the exchange of articles, produced or manufactured in Canada, provided that such compensation transactions shall not conflict in any manner with the basis of allocation set forth in article VI and the schedule to this agreement. We have no knowledge of any barter transactions under this provision involving the exchange of Canadian wheat for German machinery or other German products. 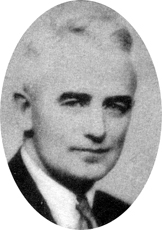 I should like to make a short statement regarding my participation in the debate on Thursday last. The hon. member for Jacques-Cartier (Mr. Mallette) kindly brought this matter to my attention. On page 147 of Hansard I referred to the political liberty we in Canada enjoy. In my effort to point out that we wished to preserve all that is good in our institutions and to remove all that is bad, and in referring to the benefits we had obtained from reforms in the past, I inadvertently mentioned that the great province of Quebec had not yet seen fit to give the vote to women.

What is good and what is bad?

If my worthy questioner would study the Reform Act he would find that there are many things in it that are good. I fully recognize the part that Quebec has played in the history of this country, and I have the greatest respect for its history and its people.

What I wished to say was that I may have been ungracious to the women of Quebec. I meant to imply that the finest people in this Canada of ours have not yet been given the privilege of voting.