Mr. G. W. McPHEE (Yorkton) presented the first report of the special committee appointed to consider the subject matter of Bill No. 6, to amend the criminal code (death penalty), and moved that the report be concurred in. Motion agreed to.

The proposed bill is the same as that introduced last session. It asks that the freight rates on grain and1 mill feed, including flour, from the prairie provinces to British Columbia for use within that province shall not be higher than the rates for like mileage on grain and mill feed carried eastward from the prairie provinces. In other words, Mr. Speaker, the proposed bill asks that British Columbia be discriminated against no longer and that the Crowsnest pass rates on grains and mill feeds shall apply westward as well as eastward,.

Mr. T. L. CHURCH (Broadview) moved for leave to introduce Bill No. 17, to amend the criminal code (noises). He said: The purpose of the bill, Mr. Speaker, is to adopt the law of England in order to prevent unnecessary noises, which have been shown by health officers throughout this country to be most dangerous and injurious to the public health. Motion agreed to and bill read the first time.

PRIVILEGE-MR. BENNETT BANK OF CANADA-LEAVE OF ABSENCE TO EMPLOYEE BROOKS-NEWSPAPER REPORTS OF PROCEEDINGS OF FEBRUARY 8

I am reported to have taken advantage of the opportunity afforded by a statement made by the Minister of Finance (Mr. Dunning) to explain certain incidents in connection with my absence from the country beginning last August. The statement contains these words:

He (Mr. Bennett) observed that Prime Minister Mackenzie King had taken a messenger from the permanent civil service on some of his journeys abroad.

Mr. Mackenzie King said that in such cases he had paid personally the salary of the employee concerned.

The record makes it clear that I spoke because of a question which was placed upon the order paper by a member of this house, and further that I referred to the fact that I might have adopted the course of taking one of the permanent messengers, as the then leader of the opposition did when he went to England in 1934. I did not pursue that course, for reasons which were good enough for me. The Prime Minister referred to the fact that the salaries of all permanent messengers were paid by the state, and that he had paid the expenses, transportation and otherwise, of the messenger he took with him. I said "certainly," but the right hon. gentleman then also pointed out the fact that the messenger of the department, the permanent messenger attached to the office of the leader of the opposition, was still drawing his salary from the state whether or not I was here, which was a correct statement.

I do deprecate having to mention these matters, but I am sure this chamber realizes that it is grossly unfair to have these statements published in the press, for which the newspapers themselves are not to blame. It does seem to me that a little care on the part of those who report the proceedings of this chamber would obviate the necessity of one having to explain what is distasteful to talk about and still more distasteful to have to refer to again.

STATEMENT OF MRS. BLACK ON MOTION OF MINISTER OF FINANCE-SUGGESTED ISSUE OF SILVER DOLLARS

Hon. CHARLES A. DUNNING (Minister of Finance) moved that the house go into committee of supply. 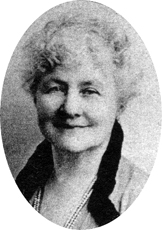 Mr. Speaker, in the press a few days ago I saw that the governor in council at Ottawa

had adopted a ruling that certain duties should be imposed on coronation souvenirs, and that seemed to me a correct thing for any government to do. Immediately after the recent abdication I also noticed in the press that hundreds of people in Czechoslovakia, Hungary, Roumania and other central European countries had been thrown out of work because of the cancellation of orders for coronation souvenirs.

It does seem to me that the British Empire is quite large enough to furnish its own coronation souvenirs. In England we have well-equipped factories producing most beautiful china of all kinds. In this country as well, in New Brunswick, in Alberta and in British Columbia, we have china clay that would make excellent souvenirs. But above and beyond all that, coming as I do from a mining constituency it seems to me that this would be the time for the government to consider issuing silver coronation dollars. The government could: issue dollars, as the government did at the time of the jubilee ceremonies, but of course they could not force people to take the dollars. For some time the banks failed to supply to their customers the silver dollars issued at the time of the jubilee, for the obvious reason that they had to pay cartage on the silver, which amounted to a fairly substantial sum; but the situation later was rectified by an arrangement with the government. Canada is the third silver producing nation in the world, and the silver mines of Ontario, Quebec, the middle west, British Columbia and my own constituency of Yukon could very well supply the minister with the silver out of which these dollars might be made. The Minister of Finance has authority, under the revised statutes of Canada, to purchase silver and other precious metals, and I should think the government could well afford to put on the market a million silver dollars.

At the time of the jubilee about half a million silver dollars were coined, out of which I believe the government made a profit of about $300,000. For every sixty cents worth of silver which is struck off in silver coins the government clears approximately $1.15. It is not very often that a member of this house is able to rise and tell the government how to make money; rather we are all holding out both hands and saying, "give me." I should like to feel that the government, through the Minister of Finance, would be willing to authorize the striking of a million silver dollars in order to help the miners and the communities in which the silver is produced, and also because of the fact that it would be a money-making proposition. Next

summer we will have thousands and thousands of tourists. All of us, men and women alike, are more or less souvenir hunters. Practically every tourist would take back a souvenir dollar, as happened in connection with the jubilee dollar. It would not be like the Aberhart money, for which some of us paid a little premium. I know I paid $1.50 for a dollar scrip, but that is scrapbook money. If, however, the government issued a silver dollar it would always, so long as government endures, buy a dollar's worth of material. After the first expense, the cost of striking copper, bronze, nickel, silver, or gold coins is not great.

In the name of the mining constituencies, and especially on behalf of the Yukon, I would ask the Prime Minister to consider the matter, and show his willingness to strike as souvenirs for Canada one million silver dollars.

Topic:   STATEMENT OF MRS. BLACK ON MOTION OF MINISTER OF FINANCE-SUGGESTED ISSUE OF SILVER DOLLARS
Permalink