He did not say that.

In any case, if he wishes the act to be successfully carried out, why would he immediately arouse antagonisms and hostilities throughout the whole district by discharging the men now acting? The minister is entitled to have some say as to who shall administer the act, because upon him rests the responsibility. As I understand his capabilities, he will see that the act is carried out properly. Eor Manitoba's sake I am interested in a proper administration. When the time comes for the formation of the committees I shall be pleased to suggest the names of men who, although they may be Tories in politics, would carry out their duties in a proper manner.

For these reasons I approve of the amendment, and I believe the minister is entitled to passage of the measure. In that I shall support him. 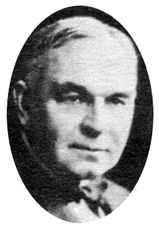 I should like to correct a statement made by the hon. member for Marquette (Mr. Glen). Among the many failings of the previous administration was not that of dispensing with the services of the chairman of the former tariff board. I am in a position to say that the previous chairman resigned, and when the present administration came into being he was a member of the house. I am glad to come to the defence of the leader of the opposition in that regard.

Mr. Speaker, there is one correction I should like to make. So far the discussion would seem to take for granted that Mr. Vallance is at the head of the rehabilitation organization. May I explain that the head of the rehabilitation organization has never been changed; Doctor Archibald is still its head. Mr. Vallance is simply one of the employees who is in charge of the office at Regina.

I did not suggest that it was otherwise; I was careful not to. The hon. member for Marquette (Mr. Glen) did.

Mr. Speaker, I do not rise to criticize the personnel of any of the committees, but I do

know that under the new measure the companies and concerns represented on the previous committee are omitted. It does seem to me that if some of these concerns could be represented the work of the rehabilitation act would be greatly facilitated. Representations have been made from mortgage companies, the Canadian Bankers' Association and the Canadian Pacific Railway, all of which have an interest in the dried-out areas to protect.

I have no doubt those in charge of the administration of the act are conscious of the necessity for water conservation. The right hon. leader of the opposition (Mr. Bennett) stated that there was not a great deal of water to be conserved in some of these areas. I should like to point out that in southern Alberta there is considerable water which could be conserved in the spring. It would take a tremendous amount of money to build the huge dams necessary for this purpose, but I believe in the long run it would pay. There are several rivers in the southern part of the province which sometimes overflow in the spring. At times parts of the city of Calgary are under water, and there is no reason why some of this water could not be conserved.

The Bow river empties into the South Saskatchewan river, and then there is the Oldman river which has its source in the mountains and which also empties into the South Saskatchewan river. The Belly river has its source in the foothills and empties into Oldman river. Milk river runs along the southern boundary of Alberta and the United States. This river is fairly narrow, but is quite deep and sometimes overflows in the spring. Although some of these rivers are quite dry in the fall, I think much of this water could be conserved by the building of storage dams similar to the work being carried on by the president of the United. States in some parts of that country. I trust this committee will do what is possible to be done along these lines; for I believe in years to come it would mean the salvation of this part of the country.

Hon. NORMAN McL. ROGERS (Acting Minister of Trade and Commerce) moved the second reading of and concurrence in the amendment made by the Senate to Bill No. 4, to amend the Weights and Measures Act. Motion agreed to; amendment read the second time and concurred in. Combines Investigation Act

Hon. IAN MACKENZIE (Minister of National Defence) moved the second reading of and concurrence in amendments made by the Senate to Bill No. 14, to amend the Canadian Red Cross Society Act. He said: Two small amendments are suggested. The first is to correct a typographical error, and the second is, in accordance with the suggestion made by my right hon. friend when the bill was before this house, to substitute the word "granted" for the word "given." Motion agreed to; amendments read the second time and concurred in.

PROVISION FOR ADMINISTRATION BY COMMISSIONER UNDER MINISTER OF LABOUR

Hon. NORMAN McL. ROGERS (Minister of Labour) moved that the house go into committee to consider the following proposed resolution: That it is expedient to introduce a measure to amend and consolidate the Combines Investigation Act and amending act of 1935, to provide for the administration of the act under the Minister of Labour by an officer to be known as the commissioner of the combines act, for the investigation of alleged combines by the commissioner, and for the appointment of such a commissioner, special commissioners and assistants; and to provide salaries, remuneration and expenses therefor.

Perhaps it would serve the interests of the house as a whole if, without prejudice to our position, the Speaker left the chair and we discussed this resolution under conditions which would enable the minister to answer any questions which may be asked.

That would be quite agreeable to me.

Motion agreed to and the house went into committee, Mr. Sanderson in the chair.

This resolution precedes the introduction of a bill designed to change the method of conducting investigations under the Combines Investigation Act and to strengthen the act in certain other particulars. It is proposed to have the act administered by a commissioner under the Minister of Labour instead of by the members of the tariff board in their additional capacities as members of the Dominion Trade and Industry Commission. The proposed bill differs in a number of respects from the Combines Investigation Act as passed in 1923. Under that act all extensive investigations, other than preliminary

inquiries which were conducted by the registrar, were intended to be conducted by temporary commissioners specially appointed for the purpose. Provision will be made in the new legislation for the appointment of a permanent commissioner whose duty it shall be to carry through all investigations to completion. At the same time provision is being made for temporary special commissioners if circumstances should arise which, make such assistance necessary.

Other proposed amendments include changes which have been found to be desirable at various times since the act was originally passed. For example, the definition of monopoly which was introduced in 1935, but which was considerably modified before it was enacted, is restated in terms designed to include those large scale enterprises which are able to control prices to their own advantage and to the disadvantage of the public. A more effective enforcement of the law is aimed at also through the removal of a provision which unduly limited the use of documents in court proceedings. This amendment was before the house last year.