That is what I wanted to get. Alberta is not doing any objecting at all.

Having in mind the official attitude of the province from which the hon. member comes, and having in mind his criticism of some authority in this country, for not dealing with these matters, he is hardly put in a very good light on that question.

The argument is often adduced-I believe it was adduced by the Minister of Justice to-day and, I fancy, by the hon. member for St. Lawrence-St. George-that the fact that we are now in a position where we have to submit appeals to the judicial committee diminishes any mark of nationhood of which we might declare ourselves to be in possession.

I think the hon. member misunderstood with respect to that matter on which he was speaking with me a moment ago.

I am not referring to the hon. member at the moment. My submission is this, the mere fact that we do consent to have appeals heard by the judicial committee in no way, as matters now stand,

derogates from the character of our nationhood. If one interprets properly the imperial conference of 1930, and if one interprets the full implications of the Balfour declaration of 1926, we have the power; and in demanding that power, if the method employed to-day is not satisfactory or adequate, we shall have no difficulty in removing this one apparent though not actual fetter-nationhood.

I suggest that when one considers the various groupings of personnel in the judicial committee-the Lord Watson group, the Lord Haldane group, the Lord Sankey, now Viscount Sankey, group and if I may say so the Lord Atkin group-one will find that the various members of the judicial committee in their interpretations, or, as it has been called, in their experiment in judicial interpretation, have revealed the very great dangers that lie open to any body of men, no matter how highly endowed judicially they may be, in interpreting the constitution of a people which, in effect, is not merely a constitution but represents the spirit and legitimate aspirations of a people.

The right hon. leader of the opposition (Mr. Bennett), when he interrupted me a few moments ago, pointed out that there was a difference between the interpretation of a statute and the interpretation of a constitution. My submission is that the British North America Act, while it is a statute in form, should not be considered any differently from the constitution of any country. To give it the strict interpretation that has been given is, I submit, to have misunderstood the spirit and intentions of those who are the fathers of this nation. To have interpreted the British North America Act as a statute, as has been done, instead of as a constitution, with the implications of elasticity to meet changing periods and changing problems was, I think, a very great judicial error, unaccompanied by the benefits so frequently the result of sober, judicial law-making.

I just suggest as a matter of record to the hon. member for St. Lawrence-St. George that when this matter comes to be considered in final form, what will we say in respect of the doctrine of stare decisis? Assuming that the appeals to the Judicial Committee of the Privy Council from the Supreme Court of Canada and the appellate courts in the provinces in respect of both criminal and civil cases are to be effectively abolished, what then is to be the effect of the judgments which have been rendered during the course of time and which, as has been pointed out, have so permanently affected the machinery of government? I suggest, assuming that

the hon. gentleman succeeds in the prosecution of this bill, that the final court of appeal in Canada will for all necessary purposes be a court of coordinate jurisdiction, and consequently will have the power of overriding any decisions of the judicial committee which it deems not in the interests of Canadian national development.

However, this will be a slow process. I submit that an effective method of disturbing those great mistakes in judgment which have been made and which have had a serious consequence upon our national development, is now available. It will be open to this parliament effectively to remove by legislation such judgments as that of Lord Atkin, for instance, in respect of the treaty making power.

I suggest to the hon. member for St. Lawrence-St. George that we shall not be dealing with the matter completely even though we pass this bill in its present form, that is with respect to matters which come within section 91 of the British North America Act. I am sure that the Supreme Court Act would have to go through substantial amendment and modification in order to be consistent with the legislation the hon. member has introduced.

Perhaps one other word should be said, and I say it as a lawyer who has never had an opportunity of arguing a case before the judicial committee, but who has sat on many occasions before the board and listened to the argument of eminent counsel. The suggestion that the legal profession would suffer by loss of contact in the event of appeals being successfully abolished does not hold-much water. No one denies the unprecedented calibre of the judiciary in the United Kingdom and the high standing of the profession in the United Kingdom, but I submit that the necessary contacts with the agencies giving leadership in the common law can be obtained through other agencies forms of contact. As the hon. member for St. Lawrence-St. George knows, the number of the legal profession in this country who have had contact with the judicial committee is relatively small. When one weighs the possible advantages of the transmission of the benefits of that contact by those who are there to other members in the profession, I think he will admit that not much consideration need be given to this phase of the matter.

I suppose as a French Canadian I should not let this occasion pass without anticipating an argument that will undoubtedly be levelled against this bill. It is likely to be said by many that should this bill pass, there

will be lost rights held dear by many, rights that were obtain.d under the treaty of Paris and, by implication, under the statute of 1867. I think this legislation should be passed; I hope it will be passed this year; but I trust no one will suggest that I am thereby prejudicing the rights of the minorities as to race and religion. When one examines the decisions of the past, he must realize that in most instances they have not been as protective as we have so often been told they are. If those of us who belong to the so-called minority group, in respect of race or religion, feel that we cannot endow our final court with great judicial power, have it composed of men with great judicial learning, who have been taught and encouraged to respect the rights of minorities, then there is no use in our expecting to obtain privileges within the group itself. This matter may be allowed t->

I can only hope that the bill introduced so ably by the hon. member for St. Lawrence-St. George will receive the support which I think it deserves. I am satisfied that at this time this legislation will do more than almost anything else to convince the members of this Imuse, should that be necessary, the legislators throughout Canada and the people of the country generally that if we are to live up to the intentions of the fathers of this federation we must take this opportunity of using the judicial arm of government as an effective instrument in bringing about the solid unity of Canada. 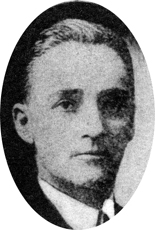 I think this matter is of sufficient imports ance from every angle from which it may be considered by hon. gentlemen in this house, by legislators in the various provinces and by the people of Canada generally, that every part of the British North America Act should be considered, particularly section 101. I agree with the Minister of Justice (Mr. Lapointe) there is no doubt that under section 101 the parliament of Canada can create a court superior to the privy council. This section reads:

The parliament of Canada may, notwithstanding anything in this act, from time to time, provide for the constitution, maintenance and organization of a general court of appeal for Canada, and for the establishment of any additional courts for the better administration of the laws of Canada.

On motion of Mr. Finn the debate was adjourned.