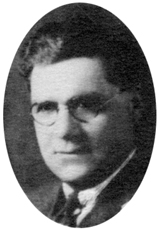 1. How many pure bred herds of beef cattle are accredited for T.B. or are now being accredited in each of the provinces?

2. What are the number of breeds (Shorthorns, Herefords and Aberdeen-Angus) ?

3. How many herds are under federal supervision as per above?

4. How many provinces have tuberculosis free areas?

5. What are the names of such provinces, and what area is under test in each of them?

6. How many areas in Canada have complied with the regulations and are awaiting federal government action in regard to the initial tuberculosis test?

7. What are the number of cattle under test in each province, classifying as to breeds, both dairy and beef, including accredited herds?

8. What is the total number of cattle in Canada?

9. How many bulls have been purchased by the federal government during the last ten years and loaned to farmers under the bull loaning policy?

11. What type of beef animal is in demand in the British market?

12. Has any preference been expressed for any particular breed?

13. How many Canadian cattle were exported to Britain in 1937?

14. Has the government any information in regard to the type of feeder cattle exported by Ireland to the British market?

15. How many Irish cattle were exported to Great Britain in 1937? 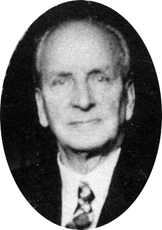 1. How many government wharves are in existence at the present time in the federal electoral district of Nanaimo?

2. Where are these wharves situated?

3. Which of these wharves are in charge of a wharfinger?

4. What are the names of the wharfingers in each case, and what are the dates of their respective appointments ?

5. What are the specific duties of each wharfinger, and how is he paid for his services?

2. Has there been any increase or decrease in the compensation formerly paid for the carriage of mails from the Canadian Pacific railway to the post office?

3. If so, what is the amount of such increase or decrease?

4. Has there been any increase or decrease in the compensation of rural mail carriers owing to the removal of the post office from Rockspring to Bells Crossing?

5. If so, what is the amount of such increase or decrease ?

2. No. Cost of service to post offices in each case included in the cost of rural mail delivery service.

4. A decrease due to the invitation of public tenders and the completion of new contracts.

1. Has the youth employment committee, appointed under the provisions of National Employment Act 1936, been abolished, and have the members thereof been released from the government service?

2. If so, on w'hat date or dates, were the different members thereof released?

3. What sums were paid to each of the different members of this committee for the period from February 1, 1937, to date or to the date or dates of release, as travelling expenses?

4. What sums were paid to each of such members for such period as living allowance?

5. Were there any other sums paid to any of the members .of such committee for such period? If so, what were the respective amounts, and what was the nature of such payments?

6. If any such members have not been released, what sum is now being paid to her, him or them, whether by way of living allowance or otherwise ?

5. No payments other than those shown above.

1. What amount is paid to the Canada and Gulf Terminal Railway Company for carrying mail between Mont-Joli and Matane?

2. Can the contract be cancelled at any time?

3. Is such contract renewed each year or every four years?

1. The Canada and Gulf Terminal Railway is subsidized by the government under the Subsidy Act.

The mail earnings of this railway being less than 3 per cent of the government subsidy, payment for the carriage of mails is made by the Post Office Department to the receiver general in accordance with the provisions of the act.

1. What are the names of the Canadian National Railways officials who receive a salary of $4,000 a year and over?

2. What is the salary and address of each of such officials ?

This is a question having to do with the internal management of the Canadian National Railways and is of a type that all governments have consistently declined to answer. I ask that it be dropped.

1. How many employees work on Sunday at the Montreal post office?

2. How many hours are they on duty, and what rate of pay do they receive for each working hour?

3. How many employees work on Sunday at the Toronto post office?

4. How many hours are they on duty, and what rate of pay do they receive for each working hour?