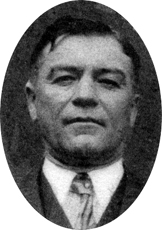 Mr. Speaker, I wish to present the second and final report of the select committee on radio broadcasting. This report is unanimous, and copies are being printed in English and in French.

The select committee appointed on radio broadcasting to consider the annual report of the Canadian Broadcasting Corporation and to review the policies of the corporation with special reference to revenues, expenditures and development, begs leave to present the following as its second and final report:

Your committee held seven meetings and had as principal witnesses the chairman and vice chairman of the board of governors and the general manager. During seven sittings, an exhaustive examination was conducted. All information required by the committee to carry out its terms of reference was supplied, confidential information not susceptible of publication in the public interest being made available privately. The committee was impressed by the ability and frankness of the principal witnesses.

With respect to programs, the corporation's policy is to utilize Canadian talent in the development of Canadian, programs of distinction and quality, and to make available to Canadians the best programs from the United States, Great Britain and elsewhere. With the resources at its disposal, your committee believes, the corporation can give Canada satisfactory broadcasting service, while at the same time enabling Canada to create programs worthy of exchange.

With respect to the corporation's plan of national coverage, involving the ownership of high power stations and the extension of CBC coverage to reach all parts of Canada, your committee wishes to indicate its approval. It is considered that the development of this plan is of great importance in the national interest. Your committee is of the opinion that while private stations will continue to serve a useful local purpose, the corporation urgently requires its own comprehensive facilities for distribution. At the present time, large areas of Canada, particularly in the maritimes, the prairies and British Columbia, receive somewhat scant and spasmodic service of CBC programs.

Your committee is satisfied that the financial policies of the corporation are sound and that the administration is being conducted in a prudent and efficient manner.

Your committee considered carefully the present and future revenue requirements of

the corporation. It is of the opinion that present sources of revenue should be sufficient to maintain and develop the projected plan of national coverage.

With respect to revenue for capital purposes, your committee is of the opinion that consideration should be given to the provision by loan or grant, of sufficient capital funds to enable the corporation to complete its plan of national coverage at the earliest possible moment.

Your committee is of the opinion that the present scale of licence fees of $50, for privately owned broadcasting stations of hundred watts or under is adequate, but believes licence fees should be increased on higher powered stations servicing densely populated areas.

Your committee was impressed with the importance of the establishment, at an early date, of a high power short-wave broadcasting station. Such a station, your committee believes, would be a great utility in interpreting and advertising Canada abroad and in facilitating an exchange of programs between Canada and other broadcasting systems. Canada, your committee was informed, is the only major trading nation without such facilities. It is submitted this should be financed as a national project, operated and controlled by the corporation.

Your committee believes that the constitution of the corporation, ensuring a proper division between policy and management and a degree of flexibility and independence essential to the medium of broadcasting, together with ultimate parliamentary control, is well suited to the purpose for which it was created. Public service broadcasting in Canada must necessarily continue to be free from partisan control, and your committee is gratified to report that the activities of the CBC have been free from any nature of partisanship whatsoever. Your committee also wished to pay its tribute to the governors of the corporation for their vision, public spirit and efficient conduct of the trust imposed upon them by parliament.

In conclusion, your committee wishes to express its belief that the broadcasting Bystem emerging in Canada is, and can increasingly be, an important factor in creating a sense of national unity and approves the general policy of concentrating on a national system-of high power stations.

The house in committee of supply, Mr. Sanderson in the chair.

DEPARTMENT OF MINES AND RESOURCES

The increase is due in part to the restoration of the salary deduction that was in effect for several years prior to last year, and to the annual statutory salary increases. There is also an increased amount for supplies and materials. In previous years practically all the government drug supplies required in the Northwest Territories were provided through the Indian Affairs branch, but under a rearrangement the Northwest Territories vote is charged with the amount this year. There is also an increased expenditure for provisions for destitute people in the Northwest Territories. Hon. members are familiar with the fur cycles in the Northwest Territories; these cycles come and go, and last year and this the cycle has been at a very low point; consequently the revenue derived by individuals from trapping has been reduced and more cases have required assistance from the administration. These are the main increases. There is also a small increase for hospitalization and an increase to restore fire fighting and other equipment at Fort Smith and Wood Buffalo park. Fort Smith is the administrative headquarters of the Mackenzie district.

There has been a good deal of talk and speculation, mostly in the newspapers, concerning the desire of British Columbia to annex certain portions of northern territory. Would the minister be kind enough to make a statement concerning any negotiations which have been carried on up to the present time, and what the probable outcome will be?

No negotiations have taken place on the mdtter to which my hon. friend alludes. Any discussions with British Columbia regarding the Yukon, which I understand the hon. member includes in his question, were brought down in a return to the house several months ago. 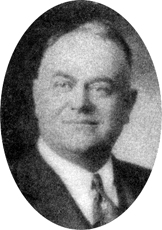 I am advised the explanation is that there is one clerk less this year.

I am advised that the clerk who has retired was paid $1,500 retiring leave which was coming to him when he retired. That is the explanation of the difference.

He had worked only part of the year?

Where is Wood Buffalo park located?

located partly in northern Alberta and partly in the Northwest Territories on the west side of the Athabaska river. It is a very large park, set aside many years ago. I am advised that it comprises 17,300 square miles. It was set aside for the purpose of providing a sanctuary for the wood buffalo. In more recent years some buffalo from the prairies have been moved to that park. It is really a game sanctuary, located in the northern part of Alberta and, to the extent of roughly one-third, in the Northwest Territories.

I mentioned a moment ago the desire of British Columbia to acquire more northern territory. That brings to mind an agitation which has been going on in parts of northern Alberta and northern British Columbia to form a new province in certain areas of those two provinces and to include in that new province certain parts of the Northwest Territories. I understand that petitions have been forwarded to the government and resolutions have been passed by various boards of trade advocating such a project. Would the minister tell us how far negotiations have gone and exactly how much there is to this agitation to form a new province by taking parts of northern Alberta, northern British Columbia and a part of the Northwest Territories? Has the matter been brought to the attention of the government? What action has been taken or what consideration is the government giving to a scheme of that kind?

Some petitions may have

gone to the Prime Minister's office. I do not recall that any came to the Department of Mines and Resources. As my hon. friend is, of course, aware, governments receive petitions and resolutions on all sorts of questions. I am aware only through the press that there has been some discussion in part of Alberta emphasizing the importance and desirability of creating a new province in that part of Canada. I would doubt if the circumstances are such as to warrant the greatly increased expenditure which such an undertaking would involve. All I can say is that I am certain that no negotiations have taken

place, although I should think it possible that some petitions or resolutions may have found their way to the office of some department of government.

I quite agree with the minister. My opinion is that we have a sufficient number of governments in Canada at the present time without creating any more: We have enough taxing bodies, without adding devices to increase taxation. I do admit, however, that eventually, when development has progressed, the time may come when such a new division of territory will be required in Canada for the purposes of administration. But what I wanted to know from the minister was if there were any official negotiations, and I understand there are none-simply resolutions passed by various organizations demanding consideration of this problem. I agree with the minister that perhaps it is a matter for future consideration, but that at the present time the country has not developed sufficiently to justify consideration of the formation of a new province in that part of Canada.