Has the minister anything further to say with regard to the developments at Jericho?

contract for the two hangars has been let. Negotiations are proceeding, but we are waiting for the exchequer court in regard to the property I have mentioned. 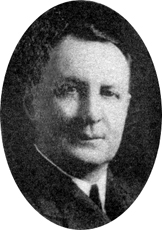 intend to proceed with the airport at Sydney?

I understand the report that has been received is not final or definite enough to come to a decision immediately. It is being considered at the present time.

What are the qualifications required for recruits to the permanent air force?

all that information in the other reference books in connection with the main estimates.

Does this indicate an extension of the non-permanent air force?

amount for revote is to replace partly funds which will be returned to treasury at the close of the fiscal year 1937-38 and which cannot be replaced from funds included in the main estimates without detriment to the program contained therein. The details are:

Are the non-permanent air squadrons fully equipped with the necessary aircraft?

have what may be termed preliminary training equipment. Advanced trainers are not yet available, but we are taking steps to obtain them as quickly as possible.

I had intended to make some rather extended observations with re-

spect to the administration of the Department of National Defence, but at this hour of the evening I shall not endeavour to do so. However, I shall deal with this matter when the supply bill is under consideration and an opportunity is afforded for discussion. But there is one matter that I must bring to the attention of the committee to-night. This concerns the right of a deputy minister, because he occupies a position of importance, to libel a citizen of this country.

The department called for tenders for coal at Kingston. Tenders were submitted by Drury's, Crawford's, Norman's, the Morris coal company, and also by the firm of James Sowards company. Their tender was the lowest, whereupon the deputy minister advised the minister that the acceptance of the lowest tender, that of James Sowards company, was not recommended because of reports received concerning this firm. The minister passed on that information in his order in council and it became part of the permanent records of this country. I should like to know just what those reports are. Mr. Sowards is a large taxpayer and a reputable citizen. He does not support the government of the country; at the present moment he is a supporter of the opposition, and has been for some time. He made his tender, which was the lowest tender by thousands of dollars, and the deputy minister advised his minister not to accept that tender because, to quote his words, "of reports received concerning this firm." I have here the return in my hand. I have shown the return to Mr. Sowards. As a citizen of equal reputation with the deputy minister at least, he demands the right to know what those reports were that prevented the taxpayers of Canada from being relieved of a burden of many thousands of dollars. What right had the deputy minister to take this action? What right had any man in that position to do it? And that is only one of about twenty similar proceedings which I desire to discuss. The minister, of course, must assume responsibility for these things, as he does, because he passes them along; but when it is recorded that the deputy minister recommends such and such a thing, I rather doubt the right of any deputy minister to be the controlling factor in the language here used:

The minister, on the advice of the deputy minister of National Defence, recommends that the tender of Messrs. Morris Coal Company, be accepted as follows:

Acceptance of the lowest tender, that of Messrs. James Sowards Coal Company is not recommended because of reports received concerning this firm.

That is part of the public records, and Mr. Sowards wants to know what those reports are. That is one of many matters in which the deputy minister, either of his own volition or under pressure, has become the instrument of political oppression. It applies to individuals; it applies to firms; it applies to contracts. Whether or not he did this of his own volition, it is for the minister to say, and whether or not he reflected the mind of the minister and the administration when he made this statement. But it is my duty to ask why a citizen should be pilloried in this way by any person who finds himself in a position of brief authority.

I have not the documents before me at the moment with reference to the particular tender mentioned by the right hon. gentleman, but I definitely recall that complaints were made in regard to the carrying out of a previous contract by this same gentleman, with reference to a definite breach of the labour conditions in the contract. I shall ascertain the exact terms of the complaint and shall be glad to supply it to my right hon. friend or to any member of the committee.

In view of my right hon. friend's references to the deputy minister, I wish to say immediately that the minister of the department assumes full and complete responsibility for every action by the department, and I wish also to say immediately that in my whole experience there is not to be found in the public service of Canada a gentleman more devoted to his duty and more self-sacrificing in the execution of his duty than the deputy minister of National Defence. I know personally that he toils far into the night, probably at a great sacrifice of his own health, and I submit to the right hon. gentleman, with the utmost deference, that he has been misinformed with reference to this matter.

I am reading from a public document.

I submit to my right hon. friend that what he has read from that record will be substantiated, and that it does not refer in the slightest degree to the deputy minister of National Defence. I do not recall the exact circumstances, but very likely instructions came from the minister to the deputy. I shall be glad to look up the exact details and back up what I say

because this is probably the only case in which the lowest tender has been refused in the department for the last two and a half years. I wish to state that there has never been an inquiry from the deputy minister to me of the slightest political significance, and that I have never seen a deputy minister more courteous to the members of this house of all shades of political opinion. The members of the opposition receive the same courteous treatment from him as do the supporters of this administration, and I regret very much that the right hon. gentleman saw fit to make the remarks that he did. I can assure him in reference to the contract he has mentioned that the information will be supplied to justify the statement made in that memorandum.

The minister has entirely failed to appreciate the point that I made. He has seen fit to make a recommendation to council based upon a recommendation made to him by the deputy minister, which provided for the acceptance of a tender that was not the lowest, which lowest tender was declined because, it was stated, "of reports received concerning this firm." Did the minister take any steps to ascertain whether they were correct or not? Did he give the man an opportunity to make an answer? Did he communicate with him at all?

No, and that is British justice. Right there in black and white is a document impugning the reputation of a firm that enjoys at least as good a reputation as the deputy minister, and he attacks it and gives no reason for it, and does not communicate with the man. Why? This gentleman could not get a set of the tender forms, not being on the list of the Minister of Labour (Mr. Rogers) and not being able to get the forms, he puts in his tender and says: " I will fill out any form you require." The director of contracts felt that he could not deal with the situation, and so the minister says: "Do not accept the lowest tender; he happens to be a Conservative."

That is not. correct. It had nothing to do with it.