RESIGNATION OF MEMBER FOR THE ELECTORAL DISTRICT OF CALGARY WEST

I have the honour to inform the house that I have received the resignation of Right Hon. Richard Bedford Bennett as member for the electoral district of Calgary West. I have accordingly issued my warrant to the chief electoral officer to make out a new writ of election for the said electoral district.

PETITION OF LA SOCIETE ST-JEAN-BAPTISTE PROTESTING AGAINST ALL IMMIGRATION 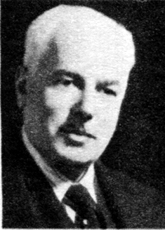 I have the honour to present to this house a petition from (La Societe St-Jean Baptiste of the Quebec diocese, bearing the signatures of 127,364 persons, vigorously protesting against all immigration whatsover and especially Jewish immigration; demanding with all the energy inspired by the instinct of selfpreservation that we maintain a rigorous policy of forbidding immigration; asking also that certain ministers do not permit the entry into this country of even a few immigrants by allowing them special permits or privileges which give access to Canada even when immigration is officially forbidden; and finally pleading that the Canadian government take all necessary precautions to prevent all immigration to this country.

The petition has been laid on the table of the house.

Mr. A. W. NEILL (Comox-Albemi) moved for leave to introduce Bill No. 14, to amend the Immigration Act.

Mr. Speaker, the purpose of this bill might be very briefly and vaguely expressed by saying it is a bill for the protection of certain political refugees and of people on relief. The sections of the Immigration Act concerned are sections 40, 41 and 42, under which any immigrant who has not been in Canada long enough to establish domicile is liable to be deported under very summary proceedings if he has been guilty

of certain offences or crimes, some ten or eleven of which are enumerated in the sections. I might refer to one or two of them: polygamy; living on the avails of prostitution; being an inmate of an asylum, reformatory or gaol, and a number of other offences. These people are not liable to be deported; they must be deported, and the procedure is very precise. The clerk of the municipality must give information to the minister, who orders a board of inquiry. If they find the facts as stated the man or woman is deported forthwith. It is true that there is an appeal to the minister, but if the minister does not happen to be interested or if he is away the decision very often will be made on the advice of the very officials against whom the appeal is being lodged.

I have no particular complaint against the deportation of men or women who have been guilty of the crimes to which I have alluded, because they generally know what they are doing. But among the offences enumerated one was slipped in which I did not mention. The house will be surprised to learn that included amongst these crimes for which people must be deported is that of having been, at some time since 1910, guilty of having been on relief, or in other words a public charge. It might apply to people bom in the old country and who, coming out here, have met with sickness or misfortune. They and all their family are liable to be put in gaol and to be deported, along the lines I have indicated.

The purposes of the bill are twofold. The first is to give the board of inquiry permissive power-not compulsory power-to recommend against deportation of a person against whom the only crime, if one must call it that, is that for a period of perhaps only a few weeks he has been compelled to be on relief, through sickness or other causes. The other feature of it, which is perhaps even worse, relates to political refugees. It is bad enough to be arrested and put in gaol for no other crime than being hard up-because they are kept in gaol until the court of inquiry is held, and then they are deported forthwith. But there is worse, even, than that. A man may not be a British subject and may come from one of those countries of Europe where freedom is getting to be almost unknown. He may have expressed political views against the government of the day, or he may even have gone so far as to slip out at night in order to escape some penalty imposed upon him by reason of perhaps nothing worse than the racial origin of his grandmother or his grandfather. He may even have been guilty of the heinous offence of

having slipped out of a certain country with a few more dollar's of his own than the government of that country would permit him to have. He may, however, get away and reach British territory. If he is sent back, simply because he is guilty of being on relief, he may face a firing squad or a concentration camp or, more plainly, simply murder-because there is no question that murder has been encouraged, in large numbers, in some of the states to which I have referred.

I maintain it is inconsistent with the traditions of the British empire that a man who comes to this country shall not have freedom from political offences in the country from which he came. Certainly he should not be deported simply because he was on relief for a little while. We speak of everyone being free in a British country. May I point out that the bill only suggests-it does not compel- that in a case where a man's only crime is that of being on relief, and where his being sent home to his country of origin would almost inevitably mean the forfeiture of his liberty and property, and quite possibly his life, such matters should be taken into consideration, and if circumstances warrant he should not be deported. The bill excludes extraditable offences, or any offences which would be a crime in this country, and it leaves ample opportunity to take the very fullest means to get rid of the really undesirable or prohibited immigrants.

The effect of it would be that the board, and the government, will not be compelled as.they are now to deport people whose only crime may be that they desire that liberty of thought and speech and action which is so dear to all of us in the British empire.

Motion agreed to and bill read the first time. UNEMPLOYMENT

TELEGRAM FROM MINERS AT PASSCHENDAELE, N.S., AS TO NEED OF RELIEF

Mr. Speaker, before the orders of the day are proceeded with I should like to draw the attention of the Minister of Labour (Mr. Rogers) to a telegram I have received, and which I presume he or some other members of the government have received, indicating a condition so serious and critical that I believe it is deserving of a statement from the minister.

The telegram is from Passchendaele, Nova Scotia, via Glace Bay, and is as follows:

Miners and their families of this town in dire need of relief or more work. Mines only tvorking two shifts. People are desperate. Afore work is not possible during winter. Immediate relief is necessary or men will be forced to take direct action as they cannot see families go hungry any longer.

That is all of the telegram which deals with the matter. It is signed by Michael Nearing, local union 4519, of the United Mine Workers. While I had not informed the minister I was going to ask the question, I have taken it for granted that he received a wire respecting the matter. If he has not, I shall be quite content to receive his answer to-morrow, if he prefers.

Hon. NORMAN McL. ROGERS (Minister of Labour): Mr. Speaker, a few minutes before the house opened I had received notice from the hon. member for Winnipeg North Centre (Mr. Woodsworth) of his intention to ask a question based upon a telegram similar to that just read by the leader of the opposition (Mr. Manion). My information is that the condition referred to has been brought to the attention of the provincial government, which has always assumed the responsibility of allocating both federal and provincial funds available for distribution in connection with direct relief.

With respect to the latter part of my hon. friend's question, I may say that immediately upon receipt of a telegram similar to the one he received the matter was brought to the attention of the provincial government. As he is aware, the provincial government under both the previous and the present administration, has been charged with the responsibility of deciding where and under what conditions direct relief shall be given. The dominion government makes monthly grants in aid to the provinces for that purpose.

Is it not so that a number of exceptions to that have been made by this government?

Such supplementary agreements with respect to works for the provision of employment as have been made have been brought to the attention of the house, either by the Canada Gazette or by the actual tabling of the agreements.

WORK OF INTERDEPARTMENTAL COMMITTEE- INQUIRY AS TO REPORT