That Bill No. 21, an act respecting Industrial Loan and Finance Corporation, be placed on the order paper for consideration in committee of the whole.

CORRECTION OF A NEWSPAPER REPORT

Mr. CHARLES E. FERLAND (Joliette-L'Assomption-Montcalm): Mr. Chairman, I rise to a question of privilege. In the. newspapers Le Canada and Le Droit of May 11, 1939, I find the following report: Mr. Charles E. Ferland, Liberal member for Joliette-L'Assomption-Montreal, stated that while the aid given to the farmers of the west amounted to $80,000,000, the farmers of Quebec province were to receive only $11,000,000. I did not make this statement. Besides it does not appear in Hansard. Canadian Wheat Board

On the orders of the day: Mr. JEAN-FRANQOIS POULIOT (Temis-couata): Mr. Speaker, I desire to ask a question of the Minister of Finance (Mr. Dunning), and my earnest hope is that he will reply "no". After the last general election did the Hon. W. D. Herridge, K.C., brother-in-law of the ex-Prime Minister and leader of the New Democracy or any one of his legal firm or his legal firm itself remain counsel of the Bank of Canada, and if so for how long?

It is difficult for me to give an answer offhand.

In my opinion this is not a proper question to ask upon the orders of the day. I think it should go on the order paper.

Hon. W. D. EULER (Minister of Trade and Commerce) moved the third reading of Bill No. 63, to amend the Canadian Wheat Board Act, 1935.

In the past few days we have listened to a number of speeches on this question, ranging all the way from sincere endeavours to show the need in Canada for a higher price than this bill proposes, to the exhibition of active buffoonery to which we were treated yesterday by the hon. member for Temiscouata (Mr. Pouliot). I refer to his speech in these terms because I am sure he realizes quite well that it is absurd to suggest that men who have lived in western Canada for many years, whether they be farmers or school teachers, men who have lived in the rural districts and listened day after day to discussions on matters of farming, are not fully informed as to the trials and tribulations of the people of the west

Up to the present we have stressed two main points: first, the need of higher prices to make it possible for farmers to continue in operation; second, the justification for the farmers making this demand.

Going back a few years, we remember that by 1928, generally speaking, conditions in western Canada were fairly satisfactory. At that time the farmers had assumed pretty heavy responsibilities, and in large measure on account of their realization that low prices would return, and the endeavour on their part to place themselves in a position to stand up against such unfavourable conditions. They therefore took steps to increase their holdings of land and to acquire the more modern machinery which would make it possible for them to farm these lands efficiently.

In 1930 prices crashed to a level lower than had been known, with but few exceptions, during the preceding three hundred years, and these low prices were followed by five or six, and in some districts by seven or eight, years of drought. Farmers who by 1928 had built up strong reserves in the bank, and in some cases held ten or fifteen thousand dollars' worth of life insurance, saw their savings wiped out and were forced to take the cash surrender value of their insurance. In many cases the machinery they had acquired was not paid for. In a great many cases their land was being purchased under a crop agreement. It was only natural that after five or six years of these conditions the farmers found themselves in a hopeless state. Many of them in good faith invoked the Farmers' Creditors Arrangement Act, hoping thereby to be able to meet their obligations. But as we all know, the farmers who prior to 1936 went under that act did not receive as sympathetic consideration as the farmers who have gone under it since that time. They signed agreements which it has been impossible for them to fulfil. I hope it may be possible to have these cases reopened; otherwise it is only a question of time when those who went under the act prior to 1936 will lose their land.

The reason we are urging that the price be raised above 70 cents is that farmers who have gone through the long period of drought and low prices have had their reserves wiped out, and it is very necessary that they should be allowed a breathing spell, largely to enable them to regain their poise. Some people may

point out that the price proposed involves a reduction of only ten cents, but remember that the price was held at 90 cents, so that in reality the reduction represents twenty cents a bushel. I would urge the government, even at this late day, to reconsider their action and allow the price to remain at 80 cents. I emphasize the fact that the Bracken conference, which truly represents western Canada and which made a thorough investigation of the whole question, while realizing that 80 cents will not provide a solution of the difficulty, urge that the price be maintained at 80 cents for at least another year in order to give the farmers a chance to get back on their feet and to carry on, which they will not be able to do if the amount is only 70 cents.

It has been urged that bill 83 will more than compensate the farmer for any loss he may incur through the reduction of price from 80 to 70 cents. But as we have pointed out, bill 83 will bring about a slight increase of cost to all farmers and will benefit only very few; in some years it may not benefit any.

While on this subject I should like to deal briefly with the position of the drought areas- because in my opinion bill 83 is more a form of drought relief than a crop insurance measure. It must be remembered that to-day the existence of the drought area is recognized as the result of a mistake in federal policy, and for that reason it must be regarded as to a large extent a federal liability. That measure will provide only a limited amount of protection for farmers in the drought area, so that it cannot be fairly considered as in any shape or form compensating the farmers in the other rural districts of the west for any reduction of price.

The hon. member for Moose Jaw (Mr. Ross) said he thought it was a mistake to refer to cost of production per bushel; that we should speak of cost on an acreage basis. But it must be realized that costs on an acreage basis also vary considerably. In a wet year the weed growth is considerably greater than it is in a dry year and therefore the cost of handling summer-fallow in a wet year will be greater than the cost in a dry year. In certain areas where the land is very weedy the cost of summer-fallowing will be greater than the cost of handling clean summer-fallow. If you are going to stubble in it is cheaper to stubble in a crop than to summer-fallow, and in some years a stubble crop will give as good a return as a summer-fallow crop. It is therefore extremely difficult to say what the cost will be. We have not suggested that you can determine what the rMr. Quelch.]

I quite realize that in a drought area the farmers would have to have perhaps $5 or $6 a bushel to make it possible to continue on that basis, but it is impossible to establish crop insurance on an actuarial basis in such an area. The fact is that a large number of areas will have to go out of production so far as grain farming is concerned, and the sooner that is brought about, the better. Such areas will eventually go back to grazing. I submit, therefore, that to try to introduce a scheme that will make it possible for drought areas to continue in the grain farming business is a mistaken policy. Our objective in that direction must be to find ways and means of taking these areas out of grain production, and that would bring about a reduction in the cost of production on the average throughout western Canada. And if we must compete in the world's market, as apparently we have to, then the lower we can bring the average cost of production the better it will be if we are to make it possible for the western farmer to dispose of his grain in the world market to a greater extent than at the present time. I maintain, therefore, that it is a mistake to try to bring drought areas into this question at all. We should recognize that it is an entirely different problem, the result of a mistaken federal policy, and therefore we should concentrate on the problem of making it possible for the majority of farmers in western Canada, outside that area, to continue in the grain farming business.

I return to the Bracken conference. They took that point of view and their conclusion was that in order for the majority of farmers of western Canada to continue in business and to regain their feet, after the trials and tribulations they have been through during the last eight or nine years, it was necessary to guarantee a price of at least 80 cents. It is not a question whether that is the cost of production. I agree with the hon. member for Moose Jaw that it is not cost of production, but it is better than 70 cents and it would give the farmers a chance to build up

reserves again. For western Canada cannot be on a safe footing until the farmers have built up reserves. Bill 83 will not make it possible to establish those reserves because it will deal only with certain farmers. There, will be many farmers with total crop failure who will not get any protection under bill 83. The only protection the farmer can hope to get in the last analysis is something that will enable him to build up a reserve so that when the bad years come he will have something to live on. In 1928 we had such reserves and for two or three years the farmers were able to live on them; but after five, six, seven and eight years of distress it is only natural that their reserves should have been wiped out entirely, so that to-day the farmer is operating on a shoestring. And so I again urge the government- 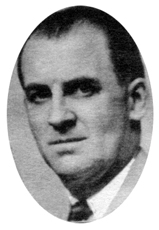 May I ask the hon. member a question? Is he asking the government, through public funds, to set up reserves for individual farmers?

No. I am not; but I am suggesting that through government agencies we should make available to the farmers a price which will enable them to build up reserves for themselves.