Section agreed to. Section 15 agreed to. On section 16-"Exemption of metalliferous mines." 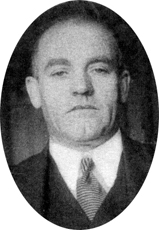 The phraseology in the third line is inaccurate. It speaks of any metalliferous mine "which comes into production after the first day of May, 1936, and prior to the first day of January, 1943." As it stands there it applies to something in the future. It should be "which came or may come," and so on.

The phraseology suggested by the hon. member would undoubtedly be correct if this were a new section, but it is an amendment to an old section. There can be no misunderstanding about what is meant. The section has been on the statute book since

When the old act was passed it related to something in the future. I do not think the same words should be used now in reference to something three years back. Of course, it will be understandable.

There is an amendment. After the word "Canada" in line 40, there should be inserted the words " during the said period."

This section provides that all amendments in this bill shall apply to the taxation period 1938 and all taxation periods ending in that year. There are corporations whose fiscal year ends, say, March 31, 1938, and the period for which they are then making a return commenced on the first day of April,

1937. They are affected by this amendment and so is every corporation who had a fiscal period ending anywhere in 1938. The Minister

of Finance attempted to answer my objections in the case I stated to-day in which the parent company was paying as part of its expenses the salaries of four officials who were looking after the affairs of subsidiaries. He said that all that you have to do to meet that situation is to remove them from the payrolls of the parent company and put them on the payrolls of the subsidiaries. The income tax returns having been filed and the books closed for the fiscal year that ended in ,1938, even possibly as far back as January 31, 1938, how will you go back now and transfer those salaries to the subsidiaries? It cannot be done, and that is the point I was trying to make when that section and two or three others were before the committee. The same thing applies to the other sections that we were discussing-the three sections which increase taxation, the one about foreign dividends-

The returns covering last year have just been filed and are subject to adjustment. This is the practice. It has been argued against by every opposition and persisted in by every government since I have been in the house.

To make income tax changes applicable to the year for which returns have just been filed.

I am merely illustrating the impossibility of doing what the Minister of Finance suggests could be done in fairness to taxpayers; I say it cannot be done. The money has been paid, the books are closed, the returns have been made.

Some adjustments may be possible.

That may be as a matter of administration.

Shall I report the bill?

I want to make one or two general comments with respect to this bill. I made a statement in this house in discussing the budget as to the quantum of taxation being collected by this government. I took occasion to point out that they have been the greatest tax collectors in the history of Canada. Some hon. member on the other side, following me, took occasion to point out that there were no tax increases in the budget of this year. I should like to pause here to make it clear that although no tax increases were indicated in the budget of this year, the

net result of this bill is further to increase the taxation upon the people of this country, by sections 6, 8 and 9 of the bill if not by others. Amendments of the kind contained in this bill, constituting changes in the income tax, excise or other tax statutes, should be clearly set out in the budget proposals of the Minister of Finance. They should not, as in this case, come as a whole series of amendments affecting taxation imposed upon the people, tied on to one single thing mentioned by the Minister of Finance in his budget and to one single resolution that went before the ways and means committee, having to do with the proposed exemption from taxation in respect of construction costs. It is important that it be recorded in Hansard that though we were led to believe that the net result of the budget proposals would be a reduction in taxation to stimulate construction through the amendments to the Income War Tax Act contained in this bill, the government is making a valiant effort to take out of other income tax payers the contemplated reduction in taxation affecting those who embark upon new construction.

The sections the hon. gentleman referred to were Nos. 6, 8 and 9. Section 9 makes no increase in taxation; it is a clarifying section. The hon. member criticized me for not stating that at the outset, but it was stated in the explanatory note opposite the section. Moreover, it conforms to the practice in other countries.

On section 6, limiting the allowable interest on succession duties to one year, we had considerable debate. But this section merely brings the matter of succession duty interest into conformity with a principle that is applied universally, namely that the interest allowed shall be the interest accruing in the year of taxation.

Section 8, regarding the allocation of expenses, is I think so manifestly fair that it could hardly be regarded as a substantive measure for the increase of taxation. It is an administrative provision more than anything else, preventing companies from deducting from income expenses which were not incurred in the earning of that particular income.

Let me see how inaccurate I am. I shall not deal with the matter in detail, because I do not want to take up time in repetition. But let me take the minister on as to his first statement. He says the amendment contained in section 6 providing for deduction of annual interest only is in conformity with the practice. I hesitate to say it, but I doubt very much whether any such practice ever prevailed in the income tax branch of the Department of National Revenue. Let me say why. The statute specifically provided to the contrary.

I said the principle universally applied, not of course the practice in this particular instance.