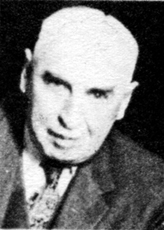 1. Is the government aware that as at November 14, the civilian employees on the Debert military project had not been paid for the two-week period ending October 31, and that previous pays had also been seriously delayed?

2. If so, has this matter been adjusted since the above date?

3. Will steps be taken to ensure that in future payment will be made within 5 days of the closing of the pay periods, i.e., 15th and end of each month?

1. It is the practice of the Department of National Defence to pay civilians employed on military projects on the 1st and 15th of each month. However, at present, conditions at Debert are somewhat abnormal in that about

4,000 cheques have to be issued each pay day. Pay lists have to be checked and defence tax calculated for each individual payment. This does not allow of the cheques being issued in less than ten days after each pay day. Actually it means a delay only in the first pay.

1. What are the names of the persons employed in the bureau of information?

2. What is the salary and/or allowance of each such person?

1. How many community pastures are operating in Saskatchewan under the Prairie Farm Rehabilitation Act?

2. What is the rate of fees for each animal kept in these pastures?

3. How many cattle have been lost through disease while in these pastures for each of the years 1938 and 1939?

4. How many cattle have been lost through theft from these pastures for each year since they commenced operation?

5. What provision is made to recompense the owners of cattle lost by theft while in these community pastures?

5. The dominion does not assume responsibility for cattle lost by theft.

1. Has the government chartered the New Northland from the Clark Steamship Company Limited?

2. If so, is it a charter party, or under what arrangement is this vessel being used by the government, and what subsidy or remuneration is being paid for it?

3. What service is this vessel performing for the dominion government?

1. The vessel was chartered by the British Admiralty.

2. It is not expedient for this department to publish information with regard to the use to which the Admiralty have placed this vessel.

1. Have publications been distributed by the Department of Mines and Resources since January 1, 1939?

2. If so, why were these publications not distributed by the king's printer in accordance with the Public Printing and Stationery Act?

3. Has the government taken any action on the recommendation of the auditor general in his report for the year ending March 31, 1940, page 174, that these publications should be distributed by the king's printer?

2. Publications of the Department of Mines and Resources are being distributed by the king's printer but it has not been considered practicable to place distribution in his hands exclusively. Requests for technical information can best be dealt with by persons familiar with the particular subject. Frequently explanations and data supplementary to that contained in departmental reports are necessary and can only be supplied by technically qualified departmental officers. Some publications are sold or distributed at points

away from Ottawa, for example historic site booklets which are sold at the particular sites described in the booklets. National parks literature of a general character is distributed by the national parks bureau to which requests for copies of such literature are normally addressed. Such pamphlets are also used to reduce correspondence.

3. No. The policy which has been in effect for many years is being continued.

2. If so, what is his annual remuneration?

3. Is he performing any other duties?

4. Does he receive a pension as a returned soldier?

3. So far as the Department of Transport is aware, he has no employment other than his position as lightkeeper.

1. What is the total estimated cost of the federal coast to coast highway?

2'. What has been the total annual expenditure on this highway since the commencement of the project?

3. What part or parts and mileage of this highway was built each year?

4. What is the total estimated mileage of the survey?

5. How many miles of this highway have yet to be completed?

The federal government has no eoast-4o-coast highway project under construction. I assume that what was in the mind of the hon. gentleman in asking this question was the federal government expenditures on the trans-Canada highway. If my hon. friend will reflect, he will realize that the matter of roads is wholly within provincial jurisdiction. The other portions of his question would come under this answer. However, for the information of my hon. friend and of the house I might state that at various times in the past assistance has been given to some of the provinces toward the cost of road projects which, when linked up, would go to make a coast-to-coast highway. The government has no information as to what the total costs of these projects would be, although it could furnish information as to

what, the federal government has advanced up to the present time. A section of what will be a trans-Canada highway was built by the federal government in British Columbia under an agreement with the province, the section running from Golden to Revel-stoke. Also the portions of the road constructed in Banff and Yoho national parks would be a -wholly federal expenditure.