MEMBERS OF PARLIAMENT AND NATIONAL DEFENCE TAX-REFERENCES TO "GLOBE AND MAIL*' EDITORIAL Mr. J. L. O'BRIEN (Northumberland, N.B.): On a question of privilege, Mr. Speaker: on May 15, when the national defence tax was being discussed in this house I made reference to the method by which it was deducted from the indemnity of members. At that time I said, as reported at page 2850 of Hansard: Now that we are pondering the problems of those in the lower income 'brackets, it seems to me that we should attempt to unscramble our [Mr. Pouliot.l own positions as members of parliament. We, of course, have to pay the national defence tax, and I wish it to be clearly understood that I am not objecting to paying that tax, but I am objecting to the method by which the tax is collected. I quote the following from the editorial page of the Toronto Globe and Mail of May 19: Members of parliament will pay national defence tax on their sessional indemnities. They'd better. Such exemption-and it has been discussed-would be for the average taxpayer about the last straw. I submit, Mr. Speaker, that from my remarks no such implication could properly be attached to any hon. member of this house. I made my point crystal clear-that I was not objecting to the deduction, but only to the method used to deduct it, in that an indemnity is not a salary. The Globe and Mail item does not mention my name, but since I was the only member making such a reference I here and now protest against statements of members of this house being twisted by any editor in order to attempt further to lower the standing of members of this house in the public opinion by implying that they seek to avoid their obligations. 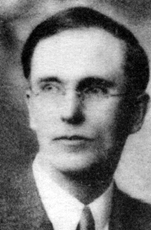 Mr. J. P. HOWDEN (St. Boniface) presented the first report of the standing committee on railways and shipping owned, operated and controlled by the government, and moved that the report be concurred in.

I am not opposing this motion; but what is the reason for the reduction of the quorum from twelve to eight? Eight is a small quorum for such a large committee.

It was felt that at this late stage of the session we might have difficulty getting a larger quorum, and the change is being made in order to ensure that we shall be able to carry on the work of the committee.

REPRESENTATION OF GOVERNMENT IN DRAFTING OF CONTRACT

Yesterday I answered verbally a

I regret the error and hasten to correct it.