I should think they will be, with regard to price.

Item agreed to. SO. Production service. Grants to fairs and exhibitions, in the amounts detailed in the estimates, $65,000. 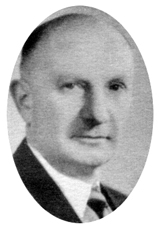 department stores. This was never more impressed upon me than last fall when I started out to do a little purchasing and visited some pure-bred herds in eastern Ontario. In practically every place they gave as the reason for their stock not looking better that there was no show or fair at which to show their stock, and consequently their sales were down a great deal. It would be a big mistake in connection with our live stock industry to cut down on fairs and shows.

I think the minister has been very fair so far as exhibitions are concerned, but I should like to corroborate what the hon. member for Lanark has said. On the Pacific coast we have developed a wonderful market for pure-bred high-grade stock, both cattle and horses, as far south as San Francisco. The minister has been very fair in the past, and irrespective of the war I think he and the department should take into consideration the future of live stock which is going to be in great demand in Canada. More consideration should be given particularly to class B fairs.

Item agreed to. SI. Production service. Grants to agricultural organizations, in the amounts detailed in the estimates, $35,500.

Looking at the details on page 68 of the estimates, grants to agricultural organizations, I notice that $5,000 is granted to the Canadian council on boys' and girls' club work. How is that fund handled and distributed to the different clubs? Also, if I understand this aright, it is the junior calf clubs and so forth, and I am very much in favour of it, and would be in favour of increasing this grant, because a splendid work is being done. In my own province and district a number of these clubs are doing very good work, and the experimental farm at Indian Head provides for the meetings of this club and puts on short courses. Would the minister explain how this money is handled and distributed?

This $5,000 is the grant that is given to the central organization, of which Mr. McLaurin is secretary. The province contributes as well. Our proportion 'is $5,000; it is for the central administrative costs. The .grants which go to groups that gather at exhibitions are contained in the $65,000 item just passed. That is one of the grants to fairs that we did not cut out; we believe that is an important part of the work and should continue right on through the war period.

Under what board does the pegged minimum price on butter come?

Under the dairy products board.

Why is there a provincial board for New Brunswick as well as the dominion board? They are both putting out regulations and prices.

There is a provincial board in New Brunswick, and I understand there is talk of trying to organize a board representative of the three maritime provinces, the idea being, as represented to me, that there is a peculiar situation in the maritime provinces in relation to different farm products, dairy produce being one. The situation is, I understand, that at certain times the price prevailing in the maritime provinces is the Montreal price plus the freight, and at other times under different conditions it becomes the Montreal price less the freight. Double the freight for that distance amounts to quite a margin. An effort is being made at the present time I believe, largely on account of the fact that dairy products are being marketed by the board in Great Britain; that is, we are simply making agreements with Great Britain and taking practically all the cheese for the time being out of Ontario and Quebec and sending it to Britain. Therefore there is a tendency for that to have some effect in t'he maritimes because they are not producing as much cheese as they consume; their cheese is not entering in any great volume into the export, and there is a situation that they wish to clear up for themselves. If they desire to set up a board, no doubt our board will try to cooperate with theirs in seeking to bring about proper conditions.

Does the minimum price cover dairy products sold by a farmer?

Does a person building a cheese or butter factory have to have a permit from the department?

I do not think a

creamery operator has to have a permit. There are regulations with regard to marketing, but I do not think it is necessary to get a permit to start.

The reason why I asked the question is this. A creamery company started to build a creamery near Fredericton a year ago. They were refused a permit by the department of agriculture of New Brunswick. They were buying cream and milk in that county and shipping it all the way to Yarmouth, Nova Scotia, to manufacture, and they were refused a permit to build a creamery in the town of Devon just across the river from Fredericton. Can a provincial department of agriculture refuse a permit to anyone to build a butter factory or a factory of any kind?

It would depend upon the provincial legislation. I am not sufficiently familiar with the laws of New Brunswick to say whether there is power to do that. While they have not had legislation in Saskatchewan, there was some indirect control over creameries due to the fact that they have the cooperatives which pretty well cover the province. For some time they did try to prevent the building of two creameries in one district, and they may have some similar regulations in New Brunswick. I am not familiar with that.

I have in my hand a copy of The People's Weekly, published in Edmonton, dated May 10, 1941, which contains a photograph of a number of apples headed "Government dumps unsold apples." Below this photograph I find this article:

Growers not permitted to give them away in B.C.

On April 16th last 5,000 boxes of tasty Delicious apples were taken from cold storage at Oliver, B.C., and dumped on the authority of the dominion government, which pays eighty per cent of the average price for the quantities which the grower cannot sell.

I checked up in the parliamentary library and found that one of the weekly newspapers published in the fruit district made reference to a similar article which appeared in the Vancouver press. It has not been categorically denied that this was done. Has the minister anything to say as to whether this is an accurate photograph of apples which were dumped and, if so, would he explain the policy under which that was done?

I have not the article before me, and I do not know exactly to what it refers. I know that for the last two seasons we have had agreements, and that we are entering into another agreement this year, under which the government of Canada assists the apple growers on account of the fact that since the beginning of the war they have not been able to market their apples in Britain. In the first year of the war Britain

did take some of our apples, but none have been exported since that time. The first year we canned some of the surplus; we dehydrated some, principally in Nova Scotia, and we entered into an arrangement with the apple growers of British Columbia whereby we agreed to pay them a certain price per box for any apples they had left the following March; and it was under that arrangement that some of the apples-I am not sure that the number stated is correct-had to be taken over by the federal government at the end of March of this year. I presume that is what is referred to in that article.