1. Has the Standard Oil Company of the United States or any of its subsidiaries in Canada or any oil company in Canada registered with the commissioner of patents, rights for the manufacture of synthetic rubber?

2. If so, have any such rights been offered for the use of the Canadian government?

1. Has a pulpwood controller been appointed? If so, who is he?

2. Upon whose request was such controller appointed?

3. Have advisory committees been appointed in different sections?

4. If so, please list the committees, giving names of appointees, stating upon whose recommendation such men were selected?

5. Is there a serious shortage of pulpwood in Canada?

6. If so, in what sections does the shortage prevail?

7. Is there a ceiling price on pulpwood?

8. If so, is production being restricted because the ceiling price is too low?

9. Is volume of production or the ceiling price the most important?

10. What prevailing regulations restrict the export of pulpwood to the United States?

11. Is there a ceiling price in the United States?

12. Is the Canadian ceiling, if any, the same as the price ceiling in the United States, considering the rate of exchange?

ask the Minister of Munitions and Supply (Mr. Howe) if he will be good enough to expedite the answers to these questions. The situation is quite serious in New Brunswick and it will become more serious unless the position is clarified. The peeling season will be on almost immediately.

1. What dominion government short term securities are held by the Bank of Canada?

2. When were these securities issued and what is their maturity date?

3. For what purpose were these securities issued ?

4. What other dominion government securities are held by the Bank of Canada?

5. When were these securities issued and what is their maturity date?

6. For what purpose were these securities issued?

7. By what means did these securities come into the possession of the Bank of Canada?

8. What provincial government short term securities are held by the Bank of Canada?

9. When were these securities issued and what is their maturity date?

10. For what purpose Were these securities issued?

11. What other provincial government securities are held by the Bank of Canada?

12. When were these securities issued and what is their maturity date?

13. For what purpose were these securities issued ?

The information asked for

parliament, but no statutory provision exists for the publication of a detailed list of securities held. It is not considered that the dissemination of such information would serve any public interest. It might, in fact, work against the public interest by disclosing information which might benefit a limited number of persons operating in the security markets. The latest weekly statement of the Bank of Canada (April 15, 1942) shows the following holdings of dominion and provincial securities, classified as to whether they mature within two years or after two years, as required by the Bank of Canada Act: dominion and provincial government short term securities, $382,172,082.77; other dominion and provincial government securities, $214,869.680.81; total, $597,041,763.58.

See sessional paper No. 177 for details of dominion of Canada bond issues sold since September 1, 1939, in the first instance to the Bank of Canada. (This does not, of course, mean that all such securities are now held by the Bank of Canada.) 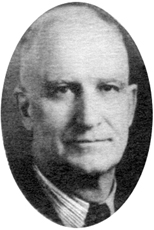 1. What recommendation did Mr. Donald Gordon, wartime prices and trade board chairman make to the government for dealing with the control of Canada's beef cattle exports?

2. Will the government refer Mr. Gordon's recommendations to the agriculture or some other committee of this house for consideration before acting on it?

I submit that this question is not in order. The first part asks what recommendation has been made by the chairman of the wartime prices and trade board to the government for dealing with a certain matter. That is an internal matter; it would be a communication passing between the government and one of its officials. The second part of the question relates to a matter of government policy, to which the usual answer is that the government's policy will be announced in due course.

the real objection the fact that the question is rather embarrassing?

There is nothing embarrassing about it.

2. What action has been taken in the matter? [Mr. Ilsley.J

1. An agreement providing for the St. Lawrence waterways and power development was signed at Ottawa, March 19, 1941. It is now before congress in Washington for approval. It has not been ratified.

REPRESENTATION OF VICHY GOVERNMENT IN OTTAWA