I desire to lay on the table copy of agreement *made under the War Exchange Conservation Act between His Majesty the King in the right of Canada and Mid-West Chemicals Limited.

RESULT OF THE PLEBISCITE-QUESTION AS TO ACTION BY THE GOVERNMENT

Mr. Speaker, I crave the indulgence of the house while I make a brief statement and put a question to the ministry. The people of Canada yesterday spoke emphatically. Now there is no stumbling block, real or imaginary, to total war. The hour has struck when every human and material resource must be mobilized for war service. Parliament now is free to act-there are no fetters upon the Prime Minister (Mr. Mackenzie King) or his government. Let us act, and act now. We can decide and decide now that nothing shall limit our effort and we can repeal now those limiting or restricting

features. I invite the Prime Minister to respond to the people's will for total war, waged by total effort. Let him rise to the occasion now, and he will strike a great blow for victory. Let us go forward to greater and ever greater effort, secure in the knowledge that the people of Canada are ready and prepared for the sacrifices which that will entail.

The right of way is clear. What does the government propose to do about it?

Topic:   CANADA'S WAR EFFORT
Subtopic:   RESULT OF THE PLEBISCITE-QUESTION AS TO ACTION BY THE GOVERNMENT
Permalink

I hope my hon. friend

will be content to wait until the final returns of the plebiscite have been given to the house before he asks me to discuss any matters arising out of it. The questions that will have to be considered are all important and fortunately all members of the ministry and members of the House of Commons are now free to speak their minds without its being assumed for a moment that they are being influenced by any past commitments or considerations other than those which bear immediately upon the questions they are discussing. In due course the government will make known to the house what action it proposes to take in the light of the plebiscite vote of yesterday.

Topic:   CANADA'S WAR EFFORT
Subtopic:   RESULT OF THE PLEBISCITE-QUESTION AS TO ACTION BY THE GOVERNMENT
Permalink

INQUIRY OF THE MINISTRY 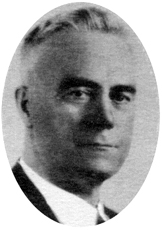 May I ask the Minister of Labour (Mr. Mitchell) whether he is aware of a disastrous explosion that took place at the International Flare and Signal Company, Waterloo, Quebec, of which seven or eight persons were victims? Has the government any contracts with this company? Is there a scale of salaries for employees of these munitions plants, and if so what is it?

That question should be

placed on the order paper.

I intimated to the house

before the adjournment that I might possibly make a statement to-day with respect to Canada's relations with Vichy. Since the house adjourned I have asked Mr. Pierre Dupuy, who is in charge of Canada's legation to France, to return to Canada immediately in order that there may be an opportunity of conferring with him before reaching a final

decision in the matter of our relations with Vichy. After I have had an opportunity of conferring with Mr. Dupuy, unless some occasion should arise to make it necessaiy to take action before he returns, I shall then be in a position to make a full statement to the house.

When does the Prime

He will, I think, come by the quickest route.