This question refers to a matter of internal management of the railway, over which the government does not exercise control.

1. What are the names and places of issue of the newspapers, magazines and other Canadian publications which have been convicted since the beginning of the war under the defence of Canada regulations bearing on censorship?

2. What was the sentence in each case?

1. Who was awarded the contract for the construction of the naval service building on Cartier square in the city of Ottawa?

2. What is the estimated cost of this building?

3. Were tenders called for the construction of this building?

5. When is it anticipated that this building will be completed?

1. Has Kenneth Zinek been appointed to a position in connection with the purchase of horses in the maritime provinces, or has he been granted a commissioned rank for this or other purposes?

2. If the latter, what rank does he hold, and have any assurances been given to him of an early promotion?

3. What salary and/or pay and allowances does he receive?

4. What are his qualifications and past

5. What are the particular duties for which he has been appointed or granted a commissioned rank ?

ADVISORY COMMITTEE ON DEMOBILIZATION AND REHABILITATION

1. What are the names of the members of the general advisory committee on rehabilitation?

2. By whom was each member recommended?

Air Commodore A. Sully, Department of National Defence for Air.

1. What action has the government taken with regard to the closing of the plant, Acadia Sugar Refining Company at Dartmouth, Nova Scotia?

2. What steps has the government taken in respect to the men, numbering about 200, who will be thrown out of work?

3. Will the government take steps to investigate the cause of the closing of this plant?

Why is this question made an order for return? It seems to me a simple matter. It applies I assume to the minister's department.

If it does I can answer it, but I do not know that it does. It makes necessary a canvass of the departments to see what action was taken, if any.

USE OF CANADIAN CEREALS IN PRODUCTION OF SYNTHETIC RUBBER 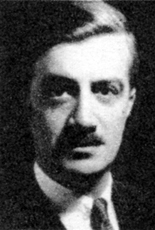 1. Have scientific investigations been carried on by the Department of Trade and Commerce as to the possibility of utilizing Canadian grown cereals to produce butadiene which is used in manufacturing synthetic rubber?

2. Has the Department of Trade and Commerce made scientific research into the possibility of producing alcohol, rubber, starch and other commodities from certain farm products?

3. If such research has been carried out, was a report made to the Department of Munitions and Supply thereon?

4. Has the. department caused research to be made into the possibility of converting certain Canadian grown cereals into products necessary to our war effort by, (a) companies engaged in distributing petroleum and rubber in Canada,

(b) the Department of Munitions and Supply,

Topic:   QUESTIONS PASSED AS ORDERS FOR RETURNS
Subtopic:   USE OF CANADIAN CEREALS IN PRODUCTION OF SYNTHETIC RUBBER
Permalink