Mr. Speaker, I notice that Premier Drew has tabled certain correspondence which has taken place between himself and myself respecting the wartime alcoholic beverages order. I should like to table the correspondence in this house.

I do not know that there is any difference between us in the correspondence. 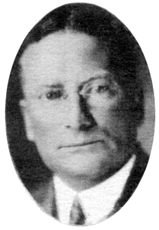 That the first report of the special committee on social security, presented to the house on the 24th instant, be now concurred in. 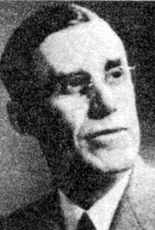 That the first report of the special committee on war expenditures, presented to the house on the 24th instant, be now concurred in.

The rapid construction of facilities at Fort Nelson and Watson Lake involved movements of supplies and equipment for both airports through very difficult country, a distance of hundreds of miles. By the beginning of September, 1941, seven months after contracts were authorized, and three months before the United States entered the war, the airway from Edmonton to Whitehorse was usable by daylight. By the end of 1941, radio range stations had been built, and the radio beam was in operation from Edmonton to the Alaska boundary.

Later, the United States decided to build the Alaska highway, following the general route of the airway, and connecting the main landing fields along the airway. The fact that the airway was then operating greatly facilitated the construction of the highway, and, similarly, the existence of the highway has greatly aided the operation of the airway. The two projects, one being carried out by Canada, and the other by the United States, are complementary to each other.

While the Canadian airway facilities were in operation at the time of Pearl Harbor, it soon became apparent that war traffic would necessitate substantial additions to the original programme, involving longer landing strips, improved hangar facilities, and extensive living and office accommodation. The need for the larger project arose almost entirely out of the requirements of the United States military forces.

Recently, the Canadian government has reviewed the probable future requirements of air transport in this area, and has come to the conclusion that the standards required for a permanent installation are very substantially above those first considered necessary. In con-

This decision applies to all air fields on the northwest staging route, including work in the 1943 construction programme undertaken by the United States government, using its own contractors and its own labour. Early in 1943, it was decided that to Complete the project in a manner that would satisfy Ignited States requirements, both equipment and labour from the United States would be needed.

The decision to pay the United States for all permanent improvements built by that government also applies to the fields and landing strips on the Mackenzie River route, and all other airfields, landing strips, and permanent air route facilities constructed by the United States government in northwest Canada, in accordance with arrangements made from time to time, between the two governments, for the joint defence of this continent.

In September, 1942, control of the aerodromes along the northwest staging route was transferred from the Department of Transport to the R.C.A.F., and the latter now operates the chain of airports, from the headquarters of the northwest staging route at Edmonton. The Department of Transport continues to provide meteorological services, and operates and maintains the radio range stations and

certain communication facilities. The Department of Transport engineers also coordinate any new work, and for this purpose continue to be stationed at each aerodrome along the route. The control towers of the airway are staffed by R.C.A.F., which force is responsible for maintenance and repair work at all aerodromes, including snow removal. The R.C.A.F. is solely responsible for security, and operates a system of airway traffic control for all aircraft using this route.

In brief, the northwest staging route is Canadian property, owned and operated by the Canadian government. It was built and developed by Canada, with the cooperation of the United States army engineers and workmen. The cost of the project is to be borne wholly by the government of Canada. The total cost of the northwest staging route alone up to the end of 1943, will be about forty-six million dollars, while the total cost of war-time development of the airways of the Canadian northwest will be about $58,500,000.

The route is the main artery for air traffic between the United States _ and Alaska, and beyond Alaska to northeastern Asia. Its aerodromes, hangars and communications facilities are suitable to accommodate the maximum amount of traffic that can be foreseen at this time. The route is one of the most important in the world, both in relation to the war against Japan and, subsequently, as part of an international air route.

In arranging for the post-war use of the northwest staging route, the government of Canada will pursue a liberal policy of cooperation with other nations. We hope that the right to use the route will become part of a general scheme of international cooperation in air transport matters, which will provide greater freedom of movement of aircraft, and of air traffic, within a suitable international framework.

It is my intention to give hon. members a statement of Canadian policy with regard to such an international development, and this at an early date.

PROVISION FOR GRANTING TO HIS MAJESTY Ain FOR NATIONAL DEFENCE AND SECURITY The house resumed from Monday, February 28. consideration in committee of a resolution to grant to His Majesty certain sums of money for the carrying out of measures consequent upon the existence of a state of war-Mr. Ilslev-Mr. Bradette in the chair.