Bill No. 109, to incorporate the Alberta Provincial Bank.-Mr. Blackmore.

PRIVILEGE-MR. LACOMBE REFERENCE TO ARTICLE IN LE CANADA OF MAY 8,

wish to raise a question of privilege. In its edition of to-day, May 8, 1944, the newspaper Le Canada, has the following caption:

Mr. Victor Trepanier states that Mr. Maxime Raymond is a yes-man, a rubber stamp and a haggler.

Mr. Trepanier has condemned the 65 yes-men, the 65 rubber stamps, the 65 hagglers we have in Ottawa, and he has added that they were no longer "fit to represent the people."

I protest against the statement of Mr. Trepanier, who sweepingly impugns the reputation and the stand of the 65 members from the province of Quebec.

I, for one, am neither a "yes-man," a "rubber stamp" nor a "haggler." I was the only member from the province of Quebec, with the exception of the hon. member for Quebec-Montmorency (Mr. LaCroix), to oppose, through amendments, our participation in the war and the mobilization act.

Topic:   PRIVILEGE-MR. LACOMBE REFERENCE TO ARTICLE IN LE CANADA OF MAY 8,
Permalink

Mr. J. SASSEVILLE ROY (Gaspe) moved for leave to introduce bill No. 110, to amend certain instructions of the national selective service of the Department of Labour.

The paragraph to be amended at present reads as follows:

1. Definition of employer: For this purpose, every person, partnership, company, firm or corporation in Canada, employing any male person normally regarded as a full-time employee, regardless of the method of payment of such employee for his services, comes under the definition of "employer." The dominion government, the governments of the provinces, as well as municipal institutions are employers for this purpose. The term employer includes also any farmer operating a farm, who has working for him a male employee, even though such employee be a son or other relative.

The purpose of the amendment is to strike out the definition of employer, a "farmer operating a farm," so that a farmer would not be compelled to act as informer against his son or other relative.

1. How many major-generals, brigadiers and colonels are there now on the active list, (a) overseas; (b) in Canada?

2. How many were there at the beginning of the war? 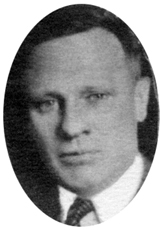 EXPORT AND IMPORT OF HORSES

1. How many horses were exported to the United States during 1943?

2. Through what ports did these horses pass, and how many through each port?

3. How many horses were imported into Canada from the United States in 1943?

Exports of Horses to the United States, calendar year 1943.

Exports by ports not available. 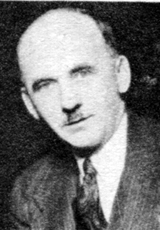 How many women province of Canada, in are employed, in each war chemical plants?