Is Mr. Kenneth Wilson an expert on agriculture? 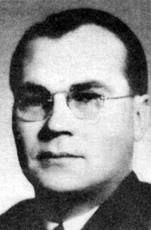 I do not know Mr. Kenneth Wilson personally, but the way in which he sets out his information in this article-

You cannot disagree with that.

The reason why I attach the value I do to this article is that it seems to be compiled fairly well, and the statistical data he gives checks with what I have read in other publications.

I am sure that the publisher of the Financial Post is not a. Social Crediter; he may be a Liberal. The fact is that when our farmers produced bacon which was too fat they were docked for overweight. With the experience gained in this war the farmers of this country should be assured a post-war market. This article states that prior to the war Denmark filled about sixty per cent of the needs of the British bacon market, Canada filling only from eighteen to twenty per cent. Great Britain should be Canada's best bacon market. But unless we are able to produce the quality of bacon that the British people want to buy, our farmers will find themselves in the position in which they were prior to this war. Every hon. member from western Canada knows that the situation was desperate at that time, and statements have been made on the floor of this chamber that we will never go back to pre-war days. Yet the situation seems to be heading that way. I suggest to the minister that he and his experts should see to it that matters are worked out in such a way as to guarantee a fair share of the national income after the war to our farmers.

I do not want to raise any particular objections to the present state of affairs at this time because I think we must all recognize that to run any department during war time is not an easy task. The Social Credit party is not endeavouring to fight a Saskatchewan election in this chamber, although other gentlemen may seem to be concerned with that particular issue at this time. We are merely placing our views on this subject before the committee because we believe that this matter is of importance to the farmers of Canada.

I should like to say a word about beef marketing and the embargo placed upon the movement of beef to the United States. Not long ago I had an opportunity of visiting our good neighbours to the south, and not once during my four days' stay there did I see beef on the menus of the restaurants. Yet this afternoon the hon. member for Lethbridge and the minister were matching arguments as to the tme situation concerning beef. When the minister and his department found that they were unable to market all the beef produced, surely they could have made arrangements within

twenty-four hours to sell to the United States what beef they could not otherwise dispose of.

The farmers of Ontario were calling mass meetings and getting together from one end of the province to the other, sending resolutions to this government to lift this particular restriction so that they could sell their beef to the people in the United States who needed it at that time. But no action was taken. Our people were told to take their cattle back home when they brought them to the market. That sort of situation cannot possibly be justified. Surely we should have taken advantage of every opportunity to sell what we had to sell, and the people of this country are in a position to produce more if more is required.

The Minister of Agriculture said that he was unable to forecast what was going to happen in the future, that everything depended on the law of supply and demand. That is an old story, Mr. Chairman, and it will not stand the test now. In the first place our people must have all the food that they require, and our farmers are ready to produce all the food that our people can consume. But in order that the farmers may buy the commodities which they need in order to get along, they must be able to sell some of their surplus products to other countries. That subject has been discussed by members of this group on many occasions. The government has always maintained that unless we are able to export our surplus products to other countries, then our own people in Canada must go hungry because we shall have no money. After this war we must get down to brass tacks and assure the people of Canada that they will never, never go hungry again because we can produce all the foodstuffs that we need and still have a surplus to export to other nations. That is the first thing we must ensure. Second, we must be ready to exchange our surpluses with other nations. This talk that goes on from time to time to the effect that everything must be based on gold or some other fictitious basis will not hold water after this war. Mr. Wilson, when he was speaking to one of these gentlemen, was given a plain indication of what might be expected. He was told: "We will boy all the bacon and cheese and wheat you want to sell us, provided that you buy a like amount of British products in return.'' We must recognize the fact that exchange of goods is the basis of all trade. To repeat, we must first of all produce to satisfy the needs of our own people. Second, we must export our surpluses in exchange for the goods we need. If the minister can assure our people of those two things, this committee and the people of Canada will not blame him for the difficulties that may arise.

that his idea of cooperation does not agree with that of some of the rest of us. I am quite certain that we farmers and all our farm organizations are prepared to give the packing plants all the cooperation the minister speaks of under the present circumstances, but we regret we did not have leadership coming from him in trying to bring about cooperation when the packing plants were making the greatest profits in their history while the farmers were receiving almost nothing for the things they produced.

To go back to that; it was when the Minister of Agriculture was premier of Saskatchewan.

No; in 1932 I was leader of the opposition. Your party was in power in Saskatchewan at that time.

The hon. member for Vegreville might think I am making a pre-election speech because I really rose to express my appreciation to the Minister of Agriculture for the information which he has given us under this item. He has given us much clearer information than did the Minister of Labour, who left me up in the air; I could not tell, after he got through, whether or not women in the packing plants are getting equal pay with the men for equal work. The Minister of Agriculture did a better job because I at least understood some of the things he told us.

I am going to make another statement to which some hon. members may take exception. If the prices we farmers are receiving for our beef cattle to-day had been received during the years gone by, there would have been little if any complaint. Only twice in the forty j'ears that I have been on the farm in the district from which I come have there been such handsome returns from the production of beef cattle as there are to-day. 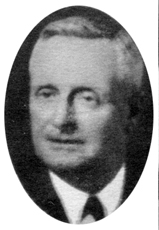 Perhaps you did not raise the right kind.

Both of those times were times when we as individuals and as a nation had to pay a tremendous price. Why is it only in war time that we can get a decent return for the products we produce on the farm? That is what strikes us farmers. In between these two wars there were times when you could produce cattle and keep your head above water. But it was only in these two wars

that, taking all costs into consideration, the farmers could get a good price for their cattle.

In the discussion which took place this afternoon between the minister and the hon. member for Lethbridge, one thing which I did not think the minister entirely cleared up was the position of those people who have been feeding cattle. Everyone remembers that only a few years ago farmers and feeders were called upon to exert themselves to the limit to increase production of beef and pork. Feeders were called upon as well as the rest of us farmers to do what they could. I submit that when these people were prepared not only to carry on their usual operations but to expand them, provision should have been made to enable them to "take the bumps," so that they could operate properly and efficiently. We were told that meat was needed. Meat was raised. We were told that it was of the greatest importance that we farmers produce as much as possible, and feeders were included in that class. I might point out that when the Minister of Munitions and Supply needs something for the war effort, he sees to it that those who are called upon to produce for the good of the nation are protected against loss. Why was a similar arrangement not made on behalf of feeders of beef cattle?

There is another point in this connection which seems strange to me. We had a publicity campaign the object of which was to have us produce more and more, but apparently the increased volume which resulted caught the department entirely unawares. They seemed to know nothing about it until the glut was so heavy that they could not move any more; then they realized that something was going on.

If I have a criticism to make of the department it is in that connection. I believe that they should have had their ear to the ground and that their eyesight should have been a little keener to know what was going on and make a certain amount of provision for it.

In connection with beef, the minister mentioned the different grades-blue label, red label and so on-which go into the meathandling establishments. It seems strange to me, however, since I have come to the city, that the beef which has been served to me almost invariably reminds me of the kind of beef which came from cows that were in the condition to which the minister referred this afternoon. It is a long way from the kind of beef to which I was accustomed out west.

If you go to the meathandling establishments you can call for certain grades of beef. When we come to pork, the minister's department seems to have a fairly effective inspection of the plants which we supply. I can assure him that it is not a

very good feeling when, upon delivering your hogs, you find that some of them are three pounds overweight and you are docked three dollars, or at the rate of a dollar a pound.

That is all gone.

That is all gone, but it is something we had to contend with, and some of us farmers do not forget these things so easily.

The grading is tougher now.