I have the honour to

inform the house that I have received the following communication:

Sir:-I have the honour to inform you that the Hon. Thibaudeau Rinfret, Chief Justice of Canada, acting as deputy of His Excellency the Governor General, will proceed to the Senate chamber on Thursday, June 1, at 5.50 ,p.m., for the purpose of giving the royal assent to certain bills.

The Speaker of the House of Commons,

Mr. L. P. PICARD (Bellechasse) presented the first and second reports of standing committee on miscellaneous private bills, and moved that the first report be concurred in.

I should like to know the necessity for this motion. If it is concurred in, the quorum of this committee will consist of a very small fraction of the membership. It seems to me that this committee has important functions to perform, and that therefore the quorum should be substantial. 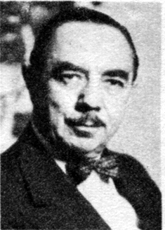 The committee is composed of fifty members. There are many select committees sitting every day, and many of the

members of this committee are members of other committees as well. It was considered advisable to reduce the quorum in order that we might carry on the business of the committee in a proper way.

ANNOUNCEMENT OF ARRIVAL IN CANADA

Arrangements have been made for Mr. Curtin to address members of this house and of the senate on Thursday afternoon. It is my understanding that Mr. Curtin's address on that occasion will be broadcast so that all the citizens of Canada may have the privilege of hearing him.

It is proposed that when the house adjourns this evening the formal session will stand adjourned until four o'clock on Thursday, but it is anticipated that the members will assemble at the usual hour of three o'clock without going into formal session so that they may have the privilege of hearing, along with the members of the senate, the address of Mr. Curtin.

I am sure that I am speaking for all members of the house, and for the country generally, when I say that to us Mr. and Mrs. Curtin represent a sister dominion whose progress in peace and whose prowess in war have been a matter of pride and admiration on the part of the whole of the British commonwealth of nations. Therefore we feel particularly happy to welcome these two distinguished people on this occasion.

May I just say in connection with the words which have been uttered by the acting leader of the government that the high standing of the Right Hon. Mr. Curtin and the nation which he represents will ensure for him and Mrs. Curtin a royal welcome while he is in Canada. We hope that our hospitality will know no bounds, while they are here.

It is hardly necessary to add anything to what has been said already, but on

behalf of this group may I express our extreme pleasure at the forthcoming visit of the Prime Minister of Australia.

I think the minister

Briefly I may say that this bill has two main parts. The first part is the present Naval Service Act with some few amendments, none of them substantial in character, which experience has shown to be desirable in that act. The second part is an adaptation of the British naval discipline act of 1866. That act applies now to Canadian naval forces simply by reference. It is proposed to take that act and make such changes as are necessary to adapt it to Canadian use, and have it as part II of the new Naval Service Act.