Mr. Speaker, on Tuesday last I promised a reply to the hon. member for Vancouver East (Mr. Maclnnis) as to whether a request had been received from the united steelworkers union to convene a joint conference of the steel manufacturers and representatives of the steelworkers union to discuss the matter of wage increases. I think the best answer would be for me to refer my hon. friend to Hansard of September 12, 1945, page 111, where my colleague the Minister of Reconstruction (Mr. Howe) answered a similar question put by the hon. member for Rosetown-Biggar (Mr. Coldwell).

I feel that I should, however, state that negotiations are going on in respect to em-

ployees of the Steel Company of Canada of Hamilton. At the suggestion of the Minister of Labour for Ontario, Hon. Charles Daley, a conciliation officer was appointed and reported that a conciliation board should be constituted.

I have not as yet received a report from the conciliation board. However, I have every expectancy that a solution will be found.

Of course, the conciliation board will not be dealing with the question of wages. The employees are asking for increases and will, of course, apply through the regional board for Ontario, and, if dissatisfied with the decision, may appeal to the national board.

I am informed the situation is that the application is under consideration by the regional board at Toronto.

I should mention that negotiations are going on in connection with an application for an increase in wages of certain employees of the steel mill at Sydney. In this case a decision of the Nova Scotia regional war labour board has been appealed to the national board and a hearing is scheduled to take place in a few days.

Under the regulations those doing the collective bargaining for the employees in the various steel plants are as far as I am aware conducting their business through the boards established for this purpose in the regular way, and I am very hopeful that a mutually satisfactory settlement of all differences will be reached.

While I am answering the question of the hon. member for Vancouver East on this subject, I deprecate "strike talk". Every once in a while I read in the papers or hear on the radio that someone, and I often wonder who the someone is, is predicting a strike. In my judgment it would be much better if the predictions were all to the effect that a settlement was going to take place. Indeed it might not be out of place, Mr. Speaker, to mention that out of 3,478 cases which have been before the national and regional labour relations boards, strikes have only taken place in eight cases which in my judgment is a very good record, and I compliment both labour and management for this record. 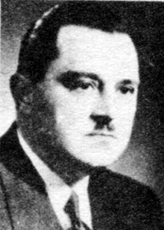 Topic:   JUDGES ACT
Subtopic:   JUDGES NOT TO ACT AS COMMISSIONERS OR ARBITRATORS-TO BE BOUND BY DECISION OF COURT OF FINAL APPEAL
Permalink

The proposed bill amends what is known as the Judges Act, chapter 105 of the revised statutes of 1927. The amendment consists of two sections. Section 1 provides that judges appointed by the parliament of Canada are not to act as commissioners or arbitrators on any commission or inquiry. The frequency of recent years with which judges are drafted for all kinds of such work impairs the efficient administration of justice and sojne-times causes congestion in the law courts, and, as they are largely only fact-finding commissions when appointed, they duplicate the efficient powers and functions of parliament, of the committees thereof, and of the many outside boards of recent innnovation in war work. This causes delays; and they are slowly building up a system of judicial commission government in Canada.

The second section deals with judges to be bound by decisions of the courts of final appeal-the privy council or any other court of final appeal; the decisions of such courts are authoritative. The legal maxim or doctrine known as stare decisis is adopted in this amendment, and this bill will be law for all Canada, notwithstanding the provisions of any law, statute, usage, custom, or doctrine of law to the contrary. Decided cases which lay down a rule of law are authoritative and must be followed. Decisions of the judicial, committee of the privy council, as the court of last resort, will be binding on all Canadian courts.

Topic:   JUDGES ACT
Subtopic:   JUDGES NOT TO ACT AS COMMISSIONERS OR ARBITRATORS-TO BE BOUND BY DECISION OF COURT OF FINAL APPEAL
Permalink

1. How many applications, by provinces (a) have been made; (b) have been granted, for loans under thie Industrial Development Bank?

2. What is the total amount, by provinces, of loans so granted?

1 and 2: The Industrial Development Bank is not a branch of the dominion government but a subsidiary of the Bank of Canada.

Section 29 (1) of the Industrial Development Bank Act requires that "The bank shall, within twenty-one days following the end of each calendar month, make up and transmit to the Minister of Finance in such form as he may prescribe, a statement of its assets and liabilities at the close of business on the last day of the preceding month." This statement as at February 28, 1946, appeared

In addition, section 29 (2) provides that "The bank shall make up and transmit to the Minister of Finance at least once in its fiscal year or more frequently if so directed by the minister, in such form as he may prescribe, a classification of loans and investments and of the loans guaranteed by it." This return, tabled in the House of Cdmmons on December 6, 1945, showed that on September 30, 1945, there were 80 authorized credits on the books of the bank totalling $3,198,050, of which $871,752 was outstanding as shown by the balance sheet!

The classification of loans and investments by provinces at September 30, 1945, was shown by this return as follows:

1. What surplus commodities have been sold by War Assets Corporation or other agencies to or for foreign accounts since V-E day and what unit amounts of each have been disposed of to each country involved and at what sate price?

2. Where paid for other than by cash, what amounts are now owing .to Canada by each country involved?

3. What firms or individuals, if any, have received or will receive commissions on the sales mentioned in question (1) and to what amounts each?

This question comes in the class of those which can be more conveniently and more fully answered in the committee which is dealing with War Assets Corporation. The hon. member who asked the question is a member of that committee, and the officers will be in attendance there who can give firsthand answers to the questions asked. In addition I would point out that we have large contracts being negotiated with two or three 63260-35J

countries, and it would be very difficult indeed to bring down a reply at this particular time. I hope the question can be dropped.

1. Has the Caledonia Farms Limited made restitution of the $40,000 sales tax deficiencies claimed by the Department of National Revenue following the companies breach of the Special War Revenue Act?

2. If not, what was the settlement arrived at with respect to the unpaid sales tax?

1. The case tried on February 3, 1944, was not instituted by the excise division, of the Department of National Revenue, but apparently by wartime prices and trade board.

An assessment for sales tax amounting to $41,808.76 against Caledonia Farms Limited was made in October, 1944.

The company was adjudged bankrupt on January 26, 1945, and a claim filed with the trustee on February 10, 1945, for the outstanding indebtedness. No dividend has yet been paid by the trustee.

2. No settlement was arrived at with respect to the unpaid sales tax.