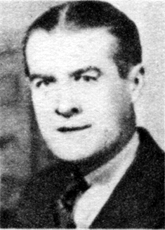 1. Have all games and sporting equipment used at Bouchard D.I.L. during the production period, been declared war surplus assets?

2. If so, on what date were they transferred to the War Assets Corporation?

3. Have they been disposed of?

4. If so, what equipment was disposed of, to whom, and at what price?

1. How much sugar per colony of bees is being allowed this spring to apiarists for feeding purposes?

2. How does this compare with the amount

3. Has there been a decline in the number of colonies of bees shipped into Canada from California, and other places compared to 1945? If so, to what extent? 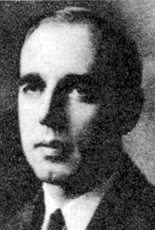 1. On whose authority was the site chosen by the dominion government for the building of veterans houses at Onslow, Colchester county, Nova Scotia?

2. How much was paid for the land?

3. Why were the houses built in such a location?

4. How many houses were built?

5. What was the total cost of all the houses?

What amount of (a) bonds; (b) other forms of indebtedness issued or guaranteed by the dominion of Canada, are payable in (1) London; (2) New York funds, and what are the dates of maturity?

What payments have been made, by years, to each of the provinces under authority of the Municipal Improvements Assistance Act, 1938, from its inception?

1. Will any Canadian wheat or other freight be shipped over the Hudson Bay railroad and seaway route this year?

4. Have any of Canada's trade commissioners in Europe been requested to seek in-going cargoes for the Hudson Bay route?

5. Has the government given any consideration to coal from England as a temporary import cargo for boats entering the Hudson Bay?

1. How many copies of the Canada Year Book, 1945 edition, were printed?

2. How many of these were sold to the general publi?, aside from the regular distribution to government departments?

4. How many copies of the handbook, "Canada 1945" were sold to the general public, aside from regular distribution to government departments ?

2. How many bulk sum stipulated price contracts have been let in the province of Ontario: (a) for what designs; (b) to whom let; (c) what was the contract price in each instance;

(d) under these contracts, -are extras allowed for the use of equipment, or otherwise; (e) if so, on what basis are extras paid?

3. How many cost plus contracts have been let in the province of Ontario for the erection of veterans houses: (a) for what designs; (b) to whom have the contracts been let; (c) in what locations- (d) under these contracts, are extras allowed for the use of equipment or otherwise;

(e) if so, on what basis are extras paid; (f) under cost plus contracts, is a fixed fee payable to the contractor; (g) if so, what is the fixed fee allowed in each instance?

4. Under cost plus contracts was an overall cost calculated before the contracts were let: (a) if so, what was the estimated overall cost for each design of veterans home-indicate in detail?

7. On whose advice were the sites for veterans homes chosen?

8. Who recommended the sites chosen at -Niagara Falls, Welland and St. Catharines?