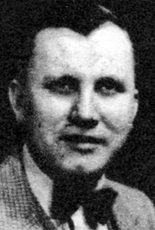 Mr. Speaker, I rise to a question of privilege. The Montreal Gazette of this morning carries the following heading on its front page:

I did not accuse the reporter of the Gazette of bad faith. As a matter of fact I did not use the term at all, and the body of the report bears me out on this point. To the mass of readers who do not always read an editorial to the very last line, the heading is most misleading, and so I leave it to the house and the country to determine whether or not such a heading discloses lack of good faith, or just bad faith, to use the words of the Gazette.

Order. The hon. gentleman must state his question of privilege and be brief and to the point.

The newspaper in question insinuates that I accused the reporter of bad faith, which I did not do, when referring to the fact that the house has now but 242 members as the result of vacancies which had occurred recently and of which the reporter did not seem to be aware. I made the following statement in this house, which is reported verbatim in the Gazette:

Either the reporter's sense of observation is no keener than his judgment, or eVo he is disclosing an unusual lack of good faith, and that requires no further comment.

What is an unusual lack of good faith if it is not bad faith?

The question arises out of newspaper headlines and reports which give an entirely misleading, unfair and untrue impression of certain of the proceedings of the joint committee on Tuesday, July 9, 1946. Newspaper reports I hope unintentionally, are unfair to both houses of parliament, mislead Canadians generally and will cause grave distress to the people most concerned-the Canadian Indians. As examples I should like to quote the Toronto Evening Telegram of July 9, which contains this heading: "Defeat motion to put Indians on committee." The Cornwall Daily Standard Freeholder of July 10 had this heading: "Defeats motion to have Indians on committee." The Kitchener Daily Record of July 9 has this: "Reject Indians on Ottawa body." The Owen Sound Sun-Times of July 9: "Refuse to name Indians to Commons body." The Toronto Daily Star of July 9: "Defeat move to let Indians give opinions." The Toronto Globe and Mail of July 10: "Oppose naming of five Indians to house group." The newspapers from western Canada, the maritimes and British Columbia are not yet on file, but it is likely that many of them will carry similar headlines unless some correction is made.

I have seen the story which was sent out from the House of Commons by the Canadian Press. That story is fair and impartial, and if properly used by the newspapers this question could not have arisen.

Your committee has put itself on record time and again as being unanimous in its desire to give all interested parties the fullest opportunity to make representations to the committee. At present we are getting on record the departmental case. As a courtesy we have already heard representatives of one Indian organization, because they were in Ottawa in conference; and if we can find some feasible means of having Indians in attendance at all times we shall be glad to recommend it. However, the Reverend P. R. Kelly, himself a full blooded Indian, who represents the largest democratically organized group of Indians in British Columbia, and in fact in Canada, has expressed to members of the committee his belief that the present is not the time for the committee to have Indians attend Ottawa constantly to be in attendance during the deliberations of the committee.

But we have, and I think it is important to emphasize this, engaged as counsel and for a liaison officer between the committee and the Canadian Indians, a member of the Six Nations band who is also a member of the Ontario bar. He attends all meetings of the main committee and the subcommittee on agenda and procedure, questions the witnesses, and later, when we arrive at the time to hear representatives of Indian bands, will assist them in the preparation and presentation of their briefs.

It is most unfortunate that the newspapers did not take the time and trouble to make a proper use of the Canadian Press report. This is not the time when the Canadian Indian should be allowed to believe that your committee is not doing everything in its power to give effect to the resolution moved on May 13 last by the Minister of Mines and Resources (Mr. Glen), the order of reference to the committee, or desires in any way to restrict either the scope or the character of our inquiry. I am glad to have this opportunity to assure the house, the people of Canada generally, and Canadian Indians in particular, that the work of the committee will be as thorough, as comprehensive and as searching as it is possible to make it.

Permit me in conclusion to assure all concerned that the committee is doing and will do all in its power to ensure that the revision of the Indian Act will in every sense be the magna charta of Canadian Indians.

Mr. Speaker, arising out of a similar question of privilege my complaint is this, that the Midna-pore Gazette, immortalized by Bob Edwards but never published, has not mentioned my name in the last three months.

1. Has the Borden-Tormentine Ferry Prince Edward been overhauled and repaired?

2. If so, when will she resume her work? Where were her repairs done?

3. What was the cost of repairs?

4. Has the Scotia been able to take care of all freight at Borden-Tormentine ferry? If not, how many cars are waiting transportation?

3. Not yet finally determined. Specifications can be prepared only of known work to be done prior to entering ship repair plant, but drydocking and examination of hull by steamship inspector frequently reveals the necessity of considerable additional work, and the over-all price has not yet been settled.

4. The Scotia has taken care of movement of all freight between Borden and Tormen-tine, but there has been some delay in the movement of the lower grade commodities.

1. How many applications for (a) land; (b) loans, have been made by veterans under the provisions of the Veterans Land Act within the federal eonstitutency of Lake Centre, Saskatchewan, since the 1st of January, 1945?

3. What are the names and addresses of the applicants and what decision was made in each case?

1 and 2. Lake Centre federal constituency is in the Regina and Saskatoon regional areas. The following information is supplied respecting applications for financial assistance that had been reported to the Saskatoon district office from inception of operations to May 31, 1946:

The number of properties purchased in the constituency of Lake Centre since January 1, 1945, as shown on head office records is 51.

3. It is not considered to be in the public interest to disclose information of -this nature affecting individual veterans.