Right Hon. L. S. ST. LAURENT (Acting Prime Minister): Mr. Speaker, I rise to speak to a matter of privilege, in the absence of the [The Chairman.] Prime Minister (Mr. Mackenzie King), and on his behalf. I raise this matter of personal privilege relating to a news item published in the Ottawa Journal of yesterday under the heading "Low charges Mr. King courted communists." This article is dated at Noranda, Quebec, August 6, and states: Solon Low, national leader of the Social Credit party, in an address here said Prime Minister King "deliberately courted the communist party in the 1945 federal election." Mr. Low spoke in behalf of Real Caouette, Social Credit candidate in the September 16 federal by-election in Pontiac. The Pontiac vacancy was caused by the death of W. R. McDonald, Liberal. Mr. Low said "the government of Canada is responsible for the shameful conditions we witnessed recently when so many government employees took the stand to admit loyalty to a government other than Canada." He charged this was proof of the courtship of the communist party in 1945 and said ostensibly the party was outlawed in the early part of the war but later it was permitted, and as proof of government friendship a large number of civil servants of doubtful loyalty were hired in important posts. I hope that this report is unfair to Mr. Low; I know it is unfair to the Prime Minister. I was closely enough associated with the Prime Minister before, during and after the 1945 campaign to enable me to state positively that there is no foundation for the allegation or insinuation that this report suggests.

First report of the joint committee of both houses of parliament on printing,-Mr. Emmerson.

Hon. IAN A. MACKENZIE (Minister of Veterans Affairs) moved: That the name of Mr. Bentley be substituted for that of Mr. Moore on the standing committee on industrial relations. Motion agreed to.

AMENDMENTS FOR PURPOSES OF CONFORMITY WITH CANADIAN CITIZENSHIP ACT

Hon. J. A. GLEN (Minister of Mines and Resources) moved for leave to introduce bill No. 367, to amend the Immigration Act. He said: Mr. Speaker, it is necessary to make certain amendments to the Immigration Act to bring it into conformity with the Canadian Citizenship Act, as the present definition of "Canadian citizen" in the former does not agree in some respects with the term "Canadian citizen" as defined in the citizenship act. Foreign Exchange Control man selling his farm in Manitoba and going south, let us say, to live. At the present time he must get a permit. Not only must he go to the trouble of getting a permit but he must make a case satisfactory to the board I think some of the conditions suggested were illness on his own part, or family obligations, things which would make a sufficient human nature story for the board to be impressed by it and to grant him the permit. I suggest that is not necessary. I suggest that in a case of that kind there might very well be a small amount which a resident making a bona fide change might be entitled to take with him as of right. To me it is very important that there should be something here, some signal as it were of the desire to retrace our steps and to get back what freedom we may as quickly as is reasonable. Therefore I put this forward in the hope that this very small request-and I hope it is also a very human one-will receive support in various quarters of the house.

My hon. friend raised the same point in the committee where he moved an amendment; and I do not think I can do better, in replying to him, than to repeat the statement I made on that occasion in which I gave the reasons why, in my opinion, I could not agree to the amendment. It will be found at page 196 of the report of the committee:

The position of the government with respect to these proposals is this.

That is, the proposals which my hon. friend has just made.

For these reasons I must oppose the amendment.

If my hon. friend wishes

to have me answer that I will do so and do it briefly. I do not say that these are trivial or unimportant. I say that if you give to any individual in this country who wants to move to the United States the right to take $15,000 with him, then, if it should become necessary to impose travel restrictions, as we had to do two or three years ago, it would be impossible to do it fairly and effectively without amending the law, which might necessitate the calling of a special session of parliament for the purpose. I simply wish to deny the statement made by my hon. friend that, by inference, I am agreeing to his assertion that such a provision would be unimportant, or would not in any way affect or handicap the efficient administration of the control measure. That in my judgment is not the case.

May I make just one more observation which I think is relevant. In the committee I said, although it is not in my amendment, that I wished to make it clear that I am in good faith when I say that I do not want this to create any danger. If the minister would take the amendment and alter it, giving further power, if necessary, for the board to vary the figure, I would be perfectly content to accept it. To me it is a kind of symbol that some day we are going to begin to restore rights to the people. That is all I want it there for, and at the present time there is r.o right to anybody.

The hon. member for Muskoka-Ontario (Mr. Macdonnell) moves that clause 25 (1) (a) be amended by adding after the word "Canada" the following words: "provided that in the case of a bona fide change of residence a Canadian resident may without permit export an amount not exceeding $15,000". Those in favour of the amendment will say aye.

which is saddled on the people. The whole thing amounts to another cost of doing business and making it more expensive for people to live in Canada than in other countries.

Section agreed to. On section 9-C. R. and Audit Act not applicable to account. 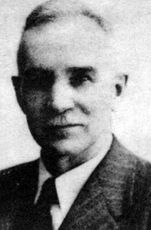 I should like to ask the minister why the provisions of the Consolidated Revenue and Audit Act shall not apply?

That is the act which says that all receipts have to go into the consolidated revenue fund, so that in the case of a board of this kind the Consolidated Revenue and Audit Act is not applicable. But provision is made for an audit of the board's transactions by the auditor general.

Section agreed to. Sections 10 to 22 inclusive agreed to. On section 23-Payments by residents to non-residents.

(1) No resident shall, except in accordance with a permit,

(a) pay, lend or otherwise dispose of Canadian currency to a non-resident.

A non-resident, under the interpretation clause of the act, means any person other than a resident. In view of that part of the section which I have read, and that definition, is not a business man in this country precluded from paying money or handing any money to a tourist who comes in here? As I read the section, that is one of its effects.

friend is right. That, of course, is covered by regulation. That is an obvious case in which there should be the general rule, and payments to tourists are excepted from that general provision.