EXTERN An AFFAIRS First and second reports of the standing committee on external affairs-Mr. Bradette.

Mr. L. 0. BREITHAUPT (Waterloo North) presented the first report of the standing committee on railways, canals and telegraph lines, and moved that the report be concurred in.

chairman of this committee whether it is the custom to consider in secret a bill which has been sent to the committee after second reading, as was done this morning in con* sidering an important railway bill? What is the policy of the committee in regard to procedure? 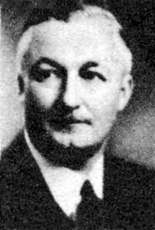 The committee does not meet in private. There was a quorum this morning of the twenty members as required by law, and all discussion was perfectly in order.

I wish to bring to the attention of the house a matter concerning the privileges of the house. Last night the leader of the opposition (Mr. Bracken) made a speech to the nation, in which among other things he used these words, as reported in the morning press:

Mr. Bracken said nearly everyone agreed that old age pension payments should be increased. Yet the government refused to do this in open parliament and sought power by order in council so it could decide behind parliament's back what increase-if any-was to be made.

Mr. Speaker, that statement is absolutely untrue. In the speech from the throne, as I said yesterday, and as the hon. gentleman I am sure upon reflection will note, the government made known its intention to introduce, not by orders in council but by a bill in open parliament, amendments to the Old Age Pensions Act.

That statement was repeated twice by the Prime Minister (Mr. Mackenzie King), twice by the Minister of Justice (Mr. Ilsley) and yesterday afternoon by myself,-

Where is the bill?

Where is the bill?