Tell that to the fishermen.

I do not think it is an attitude which will have much appeal for practical men in this country.

Then, I should like to say one or two things about what other members of that party have said. Last night the hon. member for Kootenay West said that the present members in the Liberal and' Progressive Conservative parties were not truly representative of the people of British Columbia. If we believed that we did not truly represent the feelings of British Columbians I do not think we would have witnessed so consistent a stand over so many' yrears by the members of the two old-line parties, parties which, whatever one says against them, have their feet on the ground and do not always have their heads in some rosy clouds.

Mr. Cruickshank: Did you object to their

being withdrawn from the coast?

Mr. Maelnnis: No. I took the stand-

Mr. Maelnnis: -that it was desirable and perhaps necessary because of public feeling.

If in 1942 it was desirable and necessary, because of public feeling, that the Japanese should be removed from the Pacific coast, I would not like the committee to be under any misapprehension as to the present feeling. After all, those of us who are members from British Columbia are in the best position to know it is desirable and necessary, because of public opinion, that the Japanese should not be allowed to return. 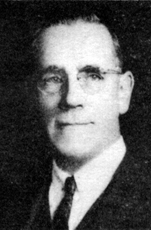 Is the hon. member trying to give the committee the impression this afternoon that all the people of British Columbia are opposed to the return of any Japanese to that province?

Oh, no; and, I am glad the hon. member asked that question. I will say emphatically that I believe a large majority of the people in British Columbia do not want the Japanese to return to that province. I should not like to state any definite percentage, because, for instance, no Gallup poll has been taken. The hon. member and I may differ in our opinions. However I am giving my opinion, and it is that a very large percentage do not want the Japanese back.

Why do they not want them back?

I might add a word to what the hon. member said. He has spoken from the intimate day-to-day point of view and has given incidents within his knowledge. I should like to call the attention of the committee to a major reason why the people of British Columbia feel the way they do. The attitude of the people of British Columbia is not confined to that province. One sees the same attitude in Australia and on the Pacific coast of the United States. It is all very well for hon. members to rise in their places and say, in such an airy fashion, that we should hate those who manage industry, but that we should love the Japanese.

The practical fact is that those who live in the van, if one may so describe it, and who immediately face the orient, have always felt a measure of insecurity and uncertainty in their position. I believe they feel it principally because the continent of Asia is heavily

populated, and the standard of living of peoples on that continent is much lower than the one we follow. We know the theoretical position, carried to its ultimate, simply means a mass influx, a lowering of our standard of living and a changing of Canada from what we all want it to be to something quite different. It is not based upon any racial hatred or any such theory. It is a perfectly practical view, based upon long experience and after many examples of exactly what would happen if those airy theories were applied in the way hon. members of the C.C.F. want them applied. This would not be Canada; it would be a totally different country.

The time may come when the ideal which the hon. member has expressed, without tying it to anything practical, will be accepted throughout the world. But, I say to hon. members, in all sincerity, that it is not accepted now. There is no use in trying to force that point of view upon people who do not want it. That is not the way to bring people around to one's point of view.

There is no use in bludgeoning them or criticizing them, following the tactics which some newspaper editors in the east seem to be developing. If you want to bring people over to your view you must educate them. Continue pressing your ideas upon them, in the proper democratic way; but refrain from this attempt to influence the house to do something which would be considered coercion by another minority, about whom the hon. member does not seem to think very much. I refer to the people of British Columbia who, from the practical point of view, would have to bear the brunt of what he has suggested. They are a minority in this country. This is not the way in which one deals with minorities in a democratic country. You do not just put through parliament a law which is entirely against their wishes and to which they cannot give support. If you are so advanced in your thinking as you seem to consider you are, then you should go and win over the people of British Columbia to your side. Do not come here to this chamber, which consists, in the main, of people who do not know this problem because they do not live with it, and try to get strangers to the problem to follow you, on a straight ideological basis, to a conclusion which could not be accepted by your fellow Canadians in British Columbia.

Are you charging for the lecture?

No, I make no charge for the lecture; I make it gladly and freely and I hope it will have some effect upon the hon. gentleman.

They usually get more than that.

I have tried to explain how I feel about this problem in the way of a lecture to my hon. friend which I hope he will take to heart. I want to try to offer, along with the other members of the old parties who have spoken in this debate, some practical answer to the problem. The suggestion I am going to make simply amplifies what has been said by the hon. member for Kamloops and the hon. member for Vancouver South.

During the forty years that we in British Columbia have been dealing with this problem we have not had a great deal of support from Canadians living east of the Rockies and who did not know the problem as we knew it. Naturally that has solidified public opinion in British Columbia against the oriental much more than would have been the case had the people there felt certain that they had the people of Canada behind them. We have always had to take a strong stand. We have always been left up in the air; we have always been uncertain as to when we would be able to check large-scale immigration. When we did succeed in checking that we were uncertain as to how long we would be able to hold it under control. So long as you live in that state of uncertainty, so long will public opinion in the west remain in the state it is in today, the state which members of the Liberal and Progressive Conservative parties have outlined.

In addition to there being a continuation of the policy of the dispersal of Japanese in Canada; in addition to their being prevented from returning to British Columbia for a period of years, we should have from the government a definite statement on oriental immigration. We should know what their policy will be and whether it is one which could be accepted in British Columbia. If we could feel sure that that policy would not be changed against the will of the people of British Columbia, then there would be a lessening of the pressure which exists and the problem of those Japanese who remain in Canada would become much easier of solution.

I think there is another way of handling the oriental problem in Canada, one which is not restrictive, one which is the reverse. If the number of *white people in British Columbia were so much greater than the number of orientals there would be removed from our minds the fear that our standards might be challenged by that oriental group which unfortunately does not assimilate. You would then find us more ready to fall in with theory. With that addition I stand by what has been said by the hon. member for Kamloops in connection with a solution of this problem.

Would the hon. member permit a question for the purpose of obtaining information? He has said that he is endeavouring honestly to give this committee the feelings of the people of British Columbia in connection with this whole problem, as he sees it. In referring to the problem, he constantly used the word "oriental". Do I understand him to mean that there is still a feeling in British Columbia against all orientals, or is it just with respect to the Japanese? I am not expressing any views at the moment; mine are well known. I simply want to know what the situation is in British Columbia as the hon. member is seeking to report it.

Including Chinese; all people of a different colour from ourselves.

I do not wish to restrict the discussion, but the orders in council refer only to Japanese and I do not think we should get into a wide discussion on all orientals.

Since the hon. member has asked the question, I should like to make it perfectly plain. There is a difference in colour which makes assimilation almost impossible, but that does not suggest that the white people consider themselves superior to those of the yellow race. I am perfectly certain that the Chinese and Japanese prefer their own colour to ours. Simply because that difference does exist in fact need not result in charges of "discrimination" or anything like that against any of them or against any person.

There is one last thing I should like to say if it will go anywhere toward satisfying the people who follow an ideological view. We must apply any ideology to our time. Right at this moment there is not an hon. member who will not admit that rent control is an unwarranted invasion of the rights of the Canadian people. I do not think the Minister of Finance who administers it would try to justify rent control on any ground other than that of avoiding the social upset which wmuld follow the removal of restrictions on evictions.

I am enjoying my hon. friend's remarks, but I think it would be better if we stayed with the orders in council instead of getting off into rent control.