Sixth report of the standing committee on banking and commerce.-Mr. Cleaver.

POSTPONEMENT UNTIL SEPTEMBER 30, 1947, OF ISSUE OF PROCLAMATION TERMINATING ACT

Hon. members will recall that many duties on imports from the United Kingdom were temporarily eliminated, and others were substantially reduced below the British preferential rates in effect in 1939, as a wartime measure under the War Exchange Conservation Act. It was provided that this act should expire on the date of the issue of a proclamation under the War Measures Act declaring that a state of war no longer exists, or on such earlier date as may be fixed in a proclamation of the governor in council.

In view of the decision to conduct tariff negotiations on the basis of Canada's pre-war rates of duty, an order in council was passed December 30, 1946, providing for the issue of a proclamation on June 30, 1947, terminating the War Exchange Conservation Act. It now appears probable that the negotiations in progress at Geneva will not be completed by June 30. Accordingly, the government have decided that it is not desirable to restore the regular rates of duty on that date, and have postponed to September 30 the issue of the proclamation in question.

Mr. Speaker, hon. members will no doubt be interested in knowing that it has been decided to issue a special postage stamp to commemorate. Canadian citizenship. The stamp will be of the 4-cents denomination. Arrangements are being made for its sale on or as soon after the 1st July next as possible. The new stamp will not replace the current 4-cents red, but will be supplementary to it. It is expected that the special stamp will be available during a period of two or three months.

May I ask whether this special stamp will be the same size as the ordinary postage stamp? I notice that in the United States they are reducing the size of their stamps for convenience' sake, and I wondered if the government here was doing the same.

It will be a little smaller than the special Graham Bell stamp.

May I ask the Postmaster General if it would not be most appropriate to put the picture of Barbara Ann Scott on the new citizenship postage stamp, thus exemplifying true Canadian citizenship? 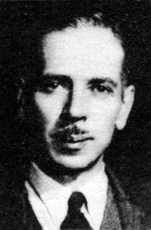 In view of the statement which the Postmaster General has made with respect to new postage stamps, will the Secretary of State tell us how many people in Canada have taken out citizenship papers up to the present time? It might be well to tell us how many at $5 and how many at $1.

I could not give these figures offhand. I think the question ought to go on the order paper.

VISIT OF GRAHAM TOWERS TO ENGLAND

Mr. Speaker, yesterday the hon. member for York South (Mr. Cockeram), asked a question arising out of a Reuters dispatch from London to the effect that the purpose of Mr. Graham Towers' visit to England was to discuss, first, a second loan from Canada and, second, reimposition of certain Canadian wartime import and export controls. He was good enough to give me notice of his question. I am sorry I was not here yesterday to answer it, but I do so today.

The dispatch was the usual newspaper speculation as to Mr. Towers' visit. As the house knows, he has been in the habit of visiting London and Washington at various times to discuss with the central bank and the treasury officials matters of mutual interest to the respective countries. That is the purpose of his visit to London. Before his departure he and I did not go into all the matters that he proposed to discuss, but I can say that he was neither instructed nor requested to discuss either of the specific matters referred to in my hon. friend's question.

DOMINION-PROVINCIAL RELATIONS INQUIRY AS TO RESUMPTION OF CONFERENCE WITH PROVINCES