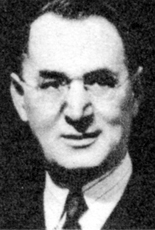 I rise to a question of privilege, Mr. Speaker. The Montreal Gazette this morning published an article, under the heading "M.P. promises aid in housing issue," which is untrue and misrepresents the facts. The first two paragraphs of that article read as follows:

Reversing his previous attitude in the matter of homes for tenants of dwellings owned by the Central Mortgage and Housing Corporation in Cartierville-St. Laurent, Elphege Marier, M.P. for Jacques Cartier, yesterday promised to help the people involved.

Alarmed at the prospect of having John G. Diefenbaker, Progressive Conservative member of parliament, carry his constituents' fight into the House of Commons, Mr. Marier, who prior to yesterday had supported the crown corporation, said that he would ask certain questions [DOT]which the committee members want answered, on the floor of the lower house at the earliest possible chance.

I must state first that before the question was raised in the house by the hon. member for Kamloops (Mr. Fulton) I had made representations to the Central Mortgage and Housing Corporation on behalf of the tenants. Second, as to being alarmed by the possible intervention of the hon. member for Lake Centre, I must say that yesterday during the interview I had with the members of the committee representing the tenants, his name was not even mentioned.

MR. JAQUES REFERENCE TO PRESS REPORT WITH REGARD TO HOUSE OF COMMONS DEBATES 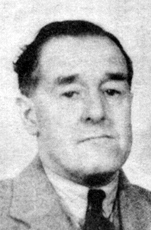 On a matter of privilege, Mr. Speaker, I wish to correct a statement in the press dated Ottawa, February 21, which reads as follows:

As forecast yesterday, the official record of parliament was cleansed of the ugly remarks made Thursday concerning .anti-semitism and other matters. It is understood that the members involved-Maurice Hartt (Liberal, Mont-real-Cartier) and sundry Social Crediters, including John Blackmore, 'Solon Low, and Norman Jaques-went to the editor of Hansard in some shame and asked to have their remarks eliminated.

I want to say that no remark of mine was eliminated. I did not go to Mr. Speaker, and I knew nothing about the matter until the following afternoon when the hon. member for Winnipeg North Centre (Mr. Knowles) referred to the matter.

Topic:   MR. JAQUES REFERENCE TO PRESS REPORT WITH REGARD TO HOUSE OF COMMONS DEBATES
Permalink

REPORT ON PROCEDURE-CHANGE IN PERSONNEL

That the name of Mr. Knowles be substituted for that of Mr. Cold well on the special committee appointed to consider the procedure of the House of Commons.

MR. MCLURE-REPRESENTATION OF P.E.I. ON COMMITTEE ON HUMAN RIGHTS

On the order: Government notices of motion. Mr. W. CHESTER S. McLURE (Queens): Mr. Speaker, I deem it my duty as a member of parliament from the province of Prince Edward Island to rise on a question of privilege, and to do so before government notices of motion are called, particularly the motion dated February 20 and standing in the name of the Minister of Transport (Mr. Chevrier). It is not necessary for me to read the motion unless you, Mr. Speaker, wish me to do so. I call to your attention that a similar motion was introduced in this house on May 16, 1947, as will be found at page 3140 of Hansard for that date, by the then right hon. Minister of Feterans Affairs, who delivered a brilliant address; and I suppose this time we can anticipate another brilliant address. At page 3149 of Hansard of that date I brought to the attention of the house the fact that if human rights and freedoms are for all, there should be no discrimination against any province of Canada, that every province, regardless of its minority population, should and must have representation on the committee which is to study human rights and fundamental freedoms. The present resolution, like the one of 1947, ignores the first principle of equal rights to all. Here is a committee to be set up consisting of twenty-nine members; two from British Columbia, three from Alberta, two from Sas- katchewan, three from Manitoba, six from Ontario, nine from Quebeo, three from New Brunswick, one from Nova Scotia and not even one from Prince Edward Island, the birthplace of confederation. At this moment I do not know if this is a sin of commission or of omission, but I think it must foe admitted it is one or other, and is fundamentally discordant to the principle of human rights contained in the resolution. Therefore I ask, before the motion is called, that it stand over or be withdrawn until my province has a representative on that committee; and if permitted I would recommend the senior member from the dual constituency of Queens.

Right Hon. J. L. ILSLEY (Minister of Justice) moved that the house go into committee at the next sitting to consider the following resolution: That it is expedient to introduce a measure to provide for the continuation of certain orders and regulations of the governor in council for a limited period during the national emergency arising out of the 'war. He said: His Excellency the Governor General, having been made acquainted with the subject matter of this resolution, recommends it to the consideration of the house.

Can the minister say now when he expects to deal with this matter?

No, I cannot say.