Mr. Speaker, I rise on a question of privilege concerning a matter which is in the nature of a reflection upon myself as an hon. member of this house and as Prime Minister and which I think might well be resented as an indignity against the house itself. I refer to a report of a speech that was made by the hon. member for Nanaimo (Mr. Pearkes) which appears in the Vancouver Daily Province of Wednesday, March 31, 1948. The heading is, "Pearkes claims Mackenzie ousted over pensions". The article is by Gordon McCallum and it reads:

A Canadian war hero member of parliament charged Tuesday night that Right Honourable Ian Mackenzie was ousted from the cabinet because he rowed with Prime Minister King over the size of veterans pensions.

Major-General G. R. Pearkes, V.C., Conservative member of parliament for Nanaimo, told a Vancouver Centre Conservative nomination meeting: "Your member fought to get a better increase in pensions than the Prime Minister would authorize. His reward was, Thank you. Now get out. You will go to the senate. I will get my former private secretary in your place.' I will defy anyone to contradict that this is what happened."

I say to the hon. member for Nanaimo that I contradict his statement wholly and completely; there is not one word of truth in it from beginning to end. The circumstances under which Mr. Mackenzie tendered his resignation and which led to my recommending His Excellency to appoint him to the senate appear in an exchange of correspondence that took place between us and which is published in Hansard of Monday, January 26, 1948.

At no time have I had a word of difference with the former minister of veterans affairs over any questions relating to pensions for returned soldiers. Indeed I think the former minister will say that he had not a stronger supporter than myself in all the legislation which he brought forward during the time he was in office to improve the condition of the war veterans.

As for the selection of the Liberal candidate in the constituency, I let it be known publicly that I wished to have nothing whatever to do directly or indirectly with directing the choice by the Liberal convention of the candidate who was to contest that riding. I did not seek to influence, nor did I influence either directly or indirectly, the choice of the convention when it selected Mr. Campney as the candidate.

REFERENCE OF PETITION TO COMMITTEE ON STANDING ORDERS 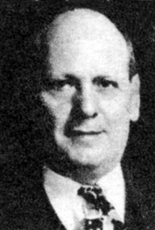 That the petition for divorce of Lillian Helena Gross Page, presented on April 5, 1948, together with the report made thereon by the clerk of petitions, be referred to the standing committee on standing orders for such recommendations as may be deemed advisable.

It is too late; it is out of order.

Mr. Speaker, I note that the Prime Minister is back after what seemed to be not just an ordinary holiday but very much like a busman's holiday, judging from what we read in the press. I do not see how he could have had much leisure on such a trip. In view of the fact that he had discussions with the President of the United States and perhaps with officials at Washington, I would ask the Prime Minister if he is now ready to fix a definite day next week for the discussion of external affairs in the House of Commons.

Mr. Speaker, my hon. friend will remember that I did say that we would take up external affairs as the first department to be considered under estimates, and that the estimates would be taken up next week. I hope that one or two departments might be brought in by an item being called this week, so that we may proceed either on Monday or Tuesday of next week with the discussion of external affairs.

Mr. Speaker, the Prime Minister a few moments ago brought up the question of the Vancouver South by-election.

Has the hon. member for Vancouver South resigned?

May I ask the Prime Minister why the by-elections in Vancouver Centre and Ontario were not announced at the same time as the Yale by-election?

It was thought more advisable to announce Yale first.

May I suggest to the Prime Minister that from the information I have the situation is getting worse for the government every day these by-elections are postponed.