Mr. Speaker, this bill consists of two sections only. The first section provides that the consent for prosecution may be given, not only by the attorney general but by the deputy attorney general. The second section provides for the repeal of Ontario's pre-confederation statute respecting the observance of the Lord's Day, thereby placing the matter in Ontario entirely under the Lord's Day Act.

Is this a transfer to the provinces of the jurisdiction under the Lord's Day Act?

It is just the reverse so far as Ontario is concerned.

In the past, the enforcement of this act has always been a matter for the provinces. 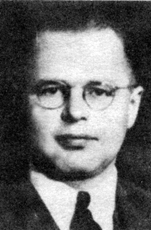 1. What is being done by the Department of National Health and Welfare in combating occupational diseases such as silicosis among Canadian industrial workers?

2. Is any educational work being done to raise the level of industrial health in Canada?

1. The industrial health division of the Department of National Health and Welfare is co-operating with the departments of health of the provinces of Nova Scotia and Alberta in specific studies of silicosis, lead poisoning and carbon monoxide poisoning as these diseases occur in the groups of establishments surveyed. The federal department has assigned specially trained personnel and has carried out field and laboratory estimations on the air contamination

responsible for the diseases under study. This co-ordination of federal and provincial facilities has already resulted in one province creating a permanent industrial health agency.

During the past year, the industrial health division provided information to various industries and provincial governments in regard to the following matters: expansion of the

In co-operation with the industrial hygiene division of Ontario, the division has just completed the preparation of a manual on the diagnosis of occupational diseases which will serve as a reference guide for general medical practitioners.

2. Yes. During the past year, the division distributed to industry over 150,000 posters and pamphlets dealing with various aspects of industrial health. The usefulness and practical nature of the division's educational material is demonstrated by the fact that industries across Canada have requested over

25,000 copies of the recently issued pamphlet "Skin Diseases in Industry". The division also issues a monthly industrial health bulletin to 25,000 English and 10,000 French industrial subscribers. The interest in this bulletin has been considerable, and increasing requests for copies are being received from Canadian firms as well as from many foreign countries.

What has been the yearly and total expenditures for dredging the entrance to and the harbour of the port of Pugwash, Nova Scotia, since confederation, not including wharf construction ?

No record of any expenditure for dredging entrance to and the harbour of the port of Pugwash, N.S., since confederation.

COST OF PRESENT SESSION OF PARLIAMENT

Not including members' salaries, what was the total cost of this session of parliament from December 5, 1947 to January 25, 1948, inclusive?

This amount includes cost of sessional staff, printing and travelling expenses for Christmas recess, but does not include salaries for permanent and continuous temporary staff employed the year round.