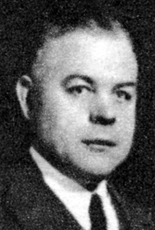 1. Is there a Are alarm system in the east block?

3. What was the name of the contractor who installed the system?

4. Were tenders called for this installation?

5. This system was adopted on the report of the chief electrician of the Department of Public Works, and an officer of the dominion police, who had investigated a number of systems.

1. Did the national film board take motion pictures or still pictures in the Lake of Bays district during the year 1948?

2. If a motion picture was taken, what is the name of the picture?

3. What department was this picture taken for, and what was the approximate cost of same?

4. How many members of the staff of the national film board went to the Lake of Bays to take this picture, and at what hotel did they stay and for what period?

1. Scenes in a motion picture were filmed in the Lake of Bays district during 1948. No still pictures were taken.

3. National film board, for the "Canada Carries On" series. This film has been made with the advisory co-operation of a committee appointed by the dominion-provincial tourist conference and release is planned to coincide with tourist educational week in April, 1949. The film is made with the purpose of stressing the importance of the tourist industry to the Canadian economy. Estimated cost of the film, when completed, will be approximately $14,000.

4. August 16-August 23, 1948. A crew of four men, consisting of director, location manager, cameraman and assistant cameraman worked out from Huntsville, staying first at Bayview lodge, Huntsville, and then at Empire hotel, Huntsville. Some material was shot on Lake of Bays, at Britannia lodge, during this period.

September 3-September 7, 1948. A crew of three men, consisting of director, cameraman and assistant cameraman did further shooting in Lake of Bays area, staying at Bigwin inn.

1. Has any action been taken by the Post Office Department to establish a mail carrier delivery in the twin cities of Rouyn-Noranda?

2. If so, what steps have been taken to establish such service?

3. What parishes in the county of Pontiac have rural mail service?

4. Why are other parishes deprived of such services?

5. Are any negotiations under way for the establishment of rural mail service in certain parishes of the county of Pontiac?

6. If so, in what parishes and what action is being taken?

2. A report has been submitted to the governor in council, as provided by section 40

of the Post Office Act, for authority to establish the service.

3. Rural mail service is not organized on a basis of parishes or counties.

5 and 6. Proposals for establishment of additional rural mail routes in several places in the county of Pontiac are at present under consideration.

1. Is J. E. Gaboury in the employ of the Department of National Revenue?

3. Since what date has he been so employed?

5. Do his duties involve any expenditures?

1. Have any organizations requested the government to protest against the arrest of Cardinal Mindszenty?

2. If so, what organizations?

2. So far the government has received protests from the following organizations:

The Canadian Episcopate and the Canadian Catholic Conference, by Cardinal McGuigan and Archbishop Vachon; the Knights of Columbus: (Supreme Board of Directors

1. Has Canada an ambassador in communistic Russia?