Mr. Speaker, I rise on a question of privilege. In Le Devoir of Wednesday, February 23, appears a letter by their correspondent, Pierre Vigeant, of which the translation of one sentence is as follows:

The C.C.F. party continues a systematic struggle against all French immigration or those who might be susceptible to becoming French.

May I say that the C.C.F. has always urged immigration into this country regardless of race, creed or language, provided that those who come here will become good citizens of Canada. May I say that in a statement issued on October 18, 1948-and this has application to the emigres who have been the subject of discussion in this house-we said this:

The C.C.F. fully supports the recent government decision to admit French nationals to Canada on the same basis as British nationals. But this decision must be safeguarded against opening Canada as a haven for ex-nazi collaborators of the Vichy regime.

I wish to announce the decision of the government in regard to increasing the initial price being paid to western producers under the Canadian Wheat Board Act. As hon. members of the house know, all wheat delivered to the Canadian wheat board between August 1, 1945 and July 31, 1950 constitutes a five year pool. When this pool was first established, the initial price was set at $1.35 per bushel, basis No. 1 northern wheat in store Fort William, Port Arthur or Vancouver.

lin council power to increase the initial price jbeing paid to producers. At that time the Canadian wheat board had a substantial cash surplus on hand arising from its operations during the first two and a half years of the five year pool period. The government decided that at that time the initial price to producers would be increased from $1.35 per bushel to $1.55 per bushel, basis No. 1 northern wheat in store Fort William, Port Arthur or Vancouver. Accordingly the board was authorized to increase its initial price to $1.55 per bushel effective April 1, 1948. At that time provision was made whereby the board would make the new initial price of $1.55 per bushel effective on all wheat delivered to the board between August 1, 1945 and March 31, 1948. This retroactive payment involved the distribution of 20 cents per bushel on 776 million bushels of wheat and the distribution of about $155 million among producers delivering wheat to the board during the period to which I have referred.

At the end of the crop year ending last July the board again had a substantial operating surplus, and this surplus has been increased substantially as a result of sales made during the present crop year. During 1948-49 the board is selling wheat to the United Kingdom, under the Canada-United Kingdom wheat agreement, at $2 per bushel plus a carrying charge of 5 cents per bushel; the board is selling wheat for domestic purposes at $2 per bushel plus a carrying charge of 5 cents per bushel. Substantial export sales have been made to countries other than the United Kingdom at prices in excess of $2 per bushel. Having regard to these facts, and having regard to the price assurance involved for the crop year 1949-50 as a result of the $2 agreement price already negotiated for the final year of the five year pool, the government has decided that the initial price paid to western wheat producers can now be increased by a further 20 cents per bushel, or to $1.75 per bushel, basis No. 1 northern wheat in store Fort William, Port Arthur or Vancouver. This increased initial price will apply on all wheat delivered to the Canadian wheat board since August 1, 1945, and all wheat which will be delivered to the board up to and including July 31, 1950.

The government has taken the necessary action under the Canadian Wheat Board Act to increase the initial price of wheat to $1.75

per bushel, basis No. 1 northern in store Fort William, Port Arthur or Vancouver. This increased initial price will become effective on April 1, 1949. The Canadian wheat board is therefore proceeding to increase its buying price at country points on April 1, 1949. The board is also taking the necessary steps to make the new initial price effective as from August 1, 1945. This involves payment of 20 cents per bushel on all wheat delivered to the board between August 1, 1945 and March 31, 1949. The board estimates that its receipts under the five year pool up to March 31, 1949, will amount to about 1,070 million bushels; consequently producers will receive a total of about $214 million in respect to their deliveries from August 1, 1945, to March 31, 1949. When these adjustment payments have been completed, the initial price under the five year pool will have been increased from $1.35 per bushel to $1.75 per bushel, basis No. 1 northern wheat in store Fort William, Port Arthur or Vancouver, and as a result of the two adjustments in the initial price authorized by the government, producers will have received retroactive payments of approximately $370 million.

The government has decided that this payment should be made to western wheat producers prior to seeding, and to that end the Canadian wheat board will commence the distribution of cheques on March 31. As a result of the previous adjustment payment, producers' certificates for the period August 1, 1945 to March 31 1948 are now in the hands of the board, and the 20 cent payment on deliveries during this period will be issued at the rate of 40,000 cheques per day commencing on March 31. This rate of distribution is in line with the capacity of the post offices to distribute mail in excess of normal quantities, and the ability of the banks to clear the large number of cheques involved. The rate at which cheques can be mailed, in respect to wheat delivered to the board after March 31, 1948, will depend upon the rate at which producers send their producers' certificates to the board for payment.

In effecting this distribution commencing at the end of March, the government has in mind the expenses which wheat producers incur in seeding their crops and in carrying out their spring and early summer operations on the land. The government also has in mind the fact that a large number of wheat producers in western Saskatchewan and eastern Alberta harvested small crops last year. Over substantial areas yields per acre have been low for the past two seasons. Under these circumstances the government feels that an early payment in respect to deliveries

since August 1, 1945 will be most helpful if made prior to seeding.

I might add that the Canadian wheat board is making arrangements to give preference in the mailing of cheques to areas which harvested short crops in 1947 or 1948.

In conclusion I should like to point out that the decision which I have announced means that wheat producers in the prairie provinces are now guaranteed $1.75 per bushel for the five-year period ending July 31, 1950, and they are still entitled to receive any surplus which may be in the hands of the Canadian wheat board after the wheat of the 1949-50 pool period has been sold. 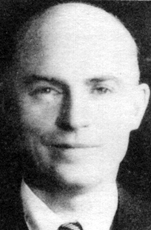 I should like to ask the minister a question, arising in part out of his statement as to increase of initial price paid to western producers. Does the minister think it is necessary to insist that the producers send in the duplicates of their participation certificates when these payments are made from time to time by the board? The duplicates are not assignable or negotiable, and in view of the fact also-

Order. The hon. member should realize that this is a question which should be placed on the order paper.

(Questions answered orally are indicated by an asterisk). [DOT]

GRANTS FOR TREATMENT OF ACUTE AND CHRONIC DISEASES

1. Which provinces if any have undertaken to provide free treatment for (a) tuberculosis; (b) mental illness; (c) venereal disease; (d) crippled children; (e) cancer?

2. How many personnel are being assisted by the provincial training grant under the health grants in each province and for what professions are they training?

3. For how many hospital beds have grants been authorized under the hospital construction grant in each province for (a) acute disease hospitals; (b) convalescent or chronic hospitals?

Patients are treated free by statute in Alberta, Manitoba, New Brunswick, Nova Scotia and Saskatchewan. In other provinces only a small number are required to pay treatment costs. Ninety-six per cent of all tuberculosis patients in Canada received free treatment in 1947.

Facilities are available in all provinces for free treatment.

No province has a completely organized free treatment program although all make provision in some degree for free treatment in cases of need and are planning to extend existing services through utilization of the crippled children's grant.

2. The number of persons receiving assistance for professional training under the health grants is shown in the table below.

3. Projects have already been approved under the hospital construction grants, to the various provinces for various types of beds as follows: