That is the attitude of the Minister of Finance as displayed in his flippant discourse yesterday.

If there are shortcomings, and there are grave shortcomings, in the procedure of this house in meeting its responsibility with respect to the review of expenditures, the principal responsibility rests upon the government and, not least of all, upon the shoulders of the Minister of Finance. The means of improving the procedure of this house have been pointed out times without number, and pointed out to the Minister of Finance.

Let me remind the house that on July 9, 1947, the public accounts committee, after having considered this matter and having heard the evidence of the Auditor General himself, made extensive recommendations to the government as to the means of improving the review of estimates and expenditures in this house. The Auditor General pointed out that at the present time so much is crowded into the program of the house that parliament is not doing its duty with respect to the review of expenditures. He said:

-complete examination of estimates is impracticable. Estimates should be presented in such a form that members do not have to guess purposes to which votes will be applied.

I doubt very much if the hon. member is correct in saying that the committee endorsed them. The committee has not as yet made its recommendations. There is no report from the public accounts committee.

received the endorsation of every member of that committee, including the hon. member for Halifax.

Don't take yourself too seriously. Save it for the hustings.

What has this government done in the two intervening years in carrying out these recommendations for improving the method by which parliament could discharge its duty in respect to the review of expenditures? We have the answer, Mr. Speaker, in the strange stony silence from the benches to your right. Nothing has been done. As the Minister of Finance finds in the present procedure an additional reason for inviting parliament to abdicate its responsibilities I say that the responsibility rests upon his shoulders and the shoulders of every member of the government for having done nothing to put into effect those recommendations by the public accounts committee. That is the measure of the sense of responsibility on the part of the moribund government opposite.

There are special reasons why at this session of 1949 parliament should give special attention to these expenditures. I do not intend to review the ground covered by my honourable and esteemed leader in the powerful speech he made this morning, but I do say that it is high time that this parliament lived up to its responsibilities with respect to the use of public money by this government during the lifetime of this parliament. Because of the shortness of time I shall mention only two things among many. First, there are payments for services that were charged before the services were rendered and, second, there were advances made before parliament had authorized them to be made.

I shall be glad to give the house some details on this. In connection with payments charged before services are performed I would refer to the following orders in council:

Those orders in council covered payments made by the government before the expiration of the fiscal year ending March 31, 1948, and an effort was made to get the money spent before the services were performed for which the payments were to be made. Is that a responsible use of the money of the people of Canada? The amounts involved total quite a large figure. Under the first order is an advance of $113,000. 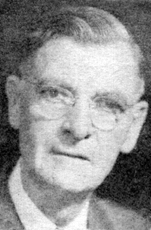 That is not very much.

On a question of privilege,

the Minister of Trade and Commerce (Mr. Howe) is not here to defend himself but it will be recalled that on Monday I dug up the actual reference made by the Minister of Trade and Commerce at that time which was misquoted by the hon. member for Muskoka-Ontario (Mr. Macdonnell) in his speech and is now being misquoted by the hon. member for Eglinton (Mr. Fleming). If hon. members will consult Hansard of April 26 they will find in detail what the Minister of Trade and Commerce said. At that time the committee was dealing with an item of $1,365 million of the war appropriation bill and the minister said that in this large amount the leeway of an estimate of expenditure of $1 million did not loom very large. As I said then, that is less than seven one-hundredths of one per cent, whereas the extra cost involved in the speech of the hon. member for Muskoka-Ontario amounted to $140 million.

There is complete confirmation of what I have been saying. The Minister of Trade and Commerce said, "What is a million dollars?" They have been dealing with these astronomical figures, they have been throwing the money of the people of Canada around by the billion, and when it is shown that a million dollars can be saved, that remark is made.

I am reminded also of the remark made by the Prime Minister of Canada (Mr. St. Laurent) last fall when he was referring to the amount that would be required to be paid out to meet

the terms of the union of Newfoundland with Canada. I think the figure at that time was something like $175 million.

Whatever it was, it was a figure in that neighbourhood. The comment of the Prime Minister (Mr. St. Laurent) was, "Well, that's peanuts." Can you expect the responsible use of the moneys of the people of Canada by a government-

On a point of order-

The hon. member just said that the Prime Minister referred to the expenditure of $75 million-

-as a matter of peanuts. Will he tell us when the Prime Minister said that and where?