Would the leader of the opposition give some indication of how frequently this has happened? It does destroy confidence in air travel; and I think any hon. member making that statement should support it with statistics.

I find that there are two members in the house, at least, that I know of-

There are more than I thought- who have had the experience of engine failures within the last week.

I have had that in my lawn mower.

But these are not lawn mowers. Perhaps you were not here when we started discussing this subject. We are discussing aircraft. I know that the experience of being held up because of engine failures is a common experience, and it has been my experience five times since January of this year.

You went to Newfoundland.

There are other members who have had the same experience. The hon. member who has just spoken should know, if he does not know, that these records are

available, and that this particular problem is placing severe difficulties upon the pilots who are handling these aircraft, and who are expressing their concern about the difficulties in maintaining these machines. We have in Canada pilots second to none in the whole world. These pilots maintain the very highest safety factors. It is because of that fact that, in spite of these difficulties, they have been able to operate the aircraft about which they are complaining. This particular subject is one that is known perfectly well to the department, if not to the hon. member who has just spoken. I think the best illustration of the attitude of the pilots to these aircraft was in evidence a few days ago in Montreal when I was standing beside a pilot whom I know very well. One of these aircraft came in, and the pilot turned to me and said, "That pilot cannot possibly have had his instructions; all four fans are actually running." That is the attitude of the pilots to these aircraft.

It is a machine which can be effectively converted and effectively made one of the finest aircraft in use. Whether that is done by use of a Pratt and Whitney engine, or a Bristol engine from Great Britain, or a Wright engine, is a matter for discussion and study. The engine that this machine was designed for was an air-cooled engine, which has a great deal to do with the balance, the weight, and the operating capacity of the machine. These are things that could have been dealt with before a committee, and that should have been dealt with before this government called upon the members of the house to vote further supply for the continuance of contracts of that kind.

Do not make the specious argument that it is improper and unwise to disclose these facts. That is the answer that is given in countries other than those where the democratic system operates. Do not let a government, which permits these crown agencies to dismiss one of its top broadcasters simply for telling the truth, and a very small part of the truth, pretend that it encourages full discussion of the facts by those employed in government agencies. 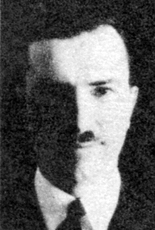 What did you do with Sabourin?

We have in this country plants that are capable of producing the finest aircraft that can be made. Let us develop our own aircraft in Canada, either under licence or under our own design, one or the other. Let us stop pretending that we are building a Canadian aircraft industry when we make the body and the wings, and introduce an engine made outside Canada, whether it be

made in Great Britain or in the United States. We need in Canada a solid base for our whole aircraft production, whether it be for military or for civilian purposes, and even though we are told that parliament is going to be dissolved the government can perform a great public service by really tackling this problem, and by assuring for the Canadian airlines aircraft that their pilots will approve, aircraft that their pilots know meet the highest tests, aircraft that can be kept in the air for as many hours in a day as any other aircraft which could be supplied. That is the least that Canadians can expect when Canadians undoubtedly stand head and shoulders over the pilots of most other nations in their handling of aircraft of any type.

Part of the broad demand for interim supply is for the continuance of activities of this kind, which not only are not admitted when they are brought out into the open but are denied in spite of the fact that there are many members on this side of the house, and I am sure members on the other side, who know that the problem of engine failure is one that is a matter of common talk at every airport across Canada today. This committee has not the information before it with which to deal with these bundled estimates, which should have been brought forward one by one, and dealt with in the way that was indicated in the undertaking given to the house by the Minister of Finance. I hope that some hon. members will discuss some of these other subjects which require reform in this way-

What about covering Bren gun?

-and that, no matter what the government may do, there may be some hope of improvement in these conditions. Let me say also that the statement that there has been obstruction in dealing with the matter of supply is simply an expression of a state of mind which, if this parliament is still a responsible parliament, should be rejected emphatically by every member on that side of the house as well as on this side. The motion for interim supply was only introduced yesterday, and hon. members who resist any examination of the details of government charge obstruction when we are only partly into the second day in the discussion of estimates totaling hundreds of millions of dollars. The statement goes hand in hand with those who have continued arbitrary wartime powers into the years of peace, and is the sort of thing that those of us on this side of the house have fought here in the house and will fight on the hustings in the election campaign.

You should have covered Bren gun.

I should have covered that and shown you up for what you are.

Mr. Chairman, I can assure you that there are a large number of backbenchers in the House of Commons who will welcome the early dissolution of parliament if for no other reason than that we will have some relief for a short time at least from the sort of one-man show that we have had to listen to for a couple of months now.

It is getting under your skin.

It is not getting under our skin except that there are some 245 members of the House of Commons who are here to present the points of view of their constituents, and to attempt to get the work of government completed. I was amazed at the speech just concluded because of the very bitter doubt that was voiced by the leader of the opposition about the safety of air travel in Canada.

He did not mention safety.