Mr. Speaker, on a question of privilege, in this morning's Citizen certain derogatory remarks are made about me which I think are unfair, and I shall quote them. They are as follows:

. . . and, for the first time some members of parliament could recall, George Cruickshank (Lib.-Fraser Valley) didn't jump up to say that British Columbia could have produced something better.

The reference is to apples. I did not see this report. One of my colleagues, the hon. member for Vancouver South (Mr. Laing) saw it. We do not boast, and we have never boasted, particularly the member for Fraser Valley, about anything from British Columbia, but my hon. friend arranged to have flown from British Columbia these typical examples of what we produce and they are now on the members' desks. With your permission, Mr. Speaker, I should like to have it recorded that they are but a small example of what we can produce. 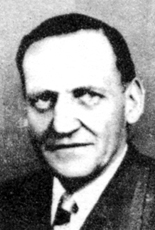 Too bad they are not like Ontario apples, and do not taste as good as they look.

We are learning, Mr. Speaker, that there is something quite red which comes from British Columbia, and it is very good, and we say thanks.

I wish to thank the hon. member for telling us what these are. Many hon. members were under the impression that they were Newfoundland cranberries. 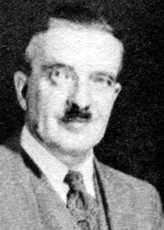 In order to correct the record, may I say that these apples were not grown in the Fraser valley; they were grown in the Okanagan valley. 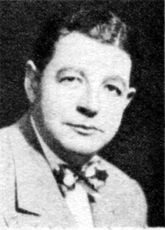 Coming from a fruit-growing area in the county of Lincoln, I should like to express my thanks, and the thanks of other hon. members, to the hon. members from the province of British Columbia, and also to the fruit growers of that province, for the fine specimens of apples we have received today. I certainly intend to sample them and compare their taste with that of the fine taste of the apples grown in Ontario.

DINNER TO MEMBERS FROM PROVINCES BY THE SEA 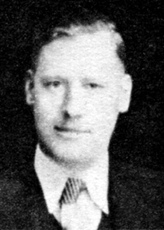 Mr. Speaker, on a question of privilege may I say that in today's Ottawa Citizen it is reported that the Minister of Fisheries (Mr. Mayhew) tendered a dinner, and I quote:

. . . given for the express purpose of getting members from Canada's "seagoing" provinces better acquainted.

My point of privilege, sir, is that Manitoba should have been included as a "seagoing" province. Since she has a coastline almost equal to that of the province of British Columbia, she should have been included as a Canadian maritime province. I have visited many of the world's seagoing ports, as far as the east coast of Africa, and I assure hon. members that the facilities of the port of Churchill, and the port of Churchill itself, compare favourably with anything else I have seen. The disadvantages have been well advertised, but not the advantages. Through you, Mr. Speaker, I should like to say to the Minister of Fisheries, and to hon. members from the maritime provinces of Canada, that before this parliament terminates the members of the maritime province of Manitoba, including my good friend the hon. member for Dauphin (Mr. Ward), will tender to them an invitation to a seafood dinner, of which the piece de resistance will be white whale steak, caught in Hudson bay and processed in the great salt-water port of Churchill.

Order. I have allowed considerable latitude today in connection with questions of privilege, but I hope hon. members will not expect me to continue to do so.

I have the honour to inform the house that the Clerk of the House has received from the chief electoral officer a certificate of the election and return of the following member, viz:

Of J. Eugene Lefrangois, Esquire, for the electoral district of Laurier.

Mr. H. W. Winkler (Lisgar) presented the first and second reports of the standing committee on miscellaneous private bills, and moved that the first report be concurred in. Motion agreed to.

(Questions answered orally are indicated by an asterisk.) OLD AGE PENSIONS Mr. Diefenbaker: How many old age pensioners, by provinces, are now in receipt of the maximum old age pension?