that the report be concurred in.

Does the list as presented include the names of the members of the special committee on railways and shipping owned, operated and controlled by the government?

I have the honour to inform you that the Right Honourable Thibaudeau Rinfret, Chief Justice of Canada, acting as Deputy of His Excellency the Governor General, will proceed to the Senate chamber on Tuesday, the 28th February, at 5.45 p.m., for the purpose of giving the royal assent to certain bills.

I have the honour to be, sir,

Assistant Secretary to the Governor General

That a message be sent to the Senate to acquaint Their Honours that this house will unite with them in the formation of a joint committee of both houses on the subject of the printing of parliament, and that the following members, namely: Messrs. Argue, Ashbourne, Bertrand, Beyerstein, Black (Chateauguay-Huntingdon-Laprairie), Blackmore, Boivin, Bonnier, Browne (St. John's West), Bryce, Cameron, Cardiff, Cauchon, Cavers, Charlton, Cruickshank, Darroch, Decore, Douglas, Fauteux,

That Mr. Speaker and Messrs. Breithaupt, Casselman, Cournoyer, Dewar, Ferguson, Gauthier (Sudbury), Gour (Russell), Hansell, Harkness, Jutras, Lafontaine, Langlois (Berthier-Maskinonge), Leger, Lesage, Little, McCulloch, McGregor, Ratelle, Richard (Ottawa East), Rochefort, Simmons, Stewart (Winnipeg North), Stick and White (Hastings-Peterborough), be appointed to assist Mr. Speaker in the direction of the restaurant so far as the interests of the House of Commons are concerned, and to act as members of a joint committee of both houses on the restaurant; and that a message be sent to the Senate to acquaint Their Honours therewith.

That the standing committees of this house shall severally be empowered to examine and inquire into all such matters and things as may be referred to them by the house, and to report from time to time their observations and opinions thereon, with power to send for persons, papers and records.

Right. Hon. L. S. St. Laurent (for the Minister of Trade and Commerce) moved that the house go into committee at the next sitting to consider the following resolution: That it is expedient to introduce a measure to amend the Research Council Act to provide for the appointment of an additional vice-president of the national research council, and to bring the act into conformity with the Patent Act as to the definition of "invention". He said: His Excellency the Governor General, having been made acquainted with the subject matter of this resolution, recommends it to the consideration of the house.

EXPRESSIONS OF CONGRATULATION ON HER

106th birthday On the orders of the day: 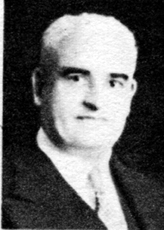 Mr. Speaker, on a question of privilege, there is a severe case of unemployment in my constituency which I hope we shall not have to solve. I refer to a very dear old lady, Mrs. Emma Moir, of Beebe, Quebec, who is celebrating her 106th birthday today. Through you, Mr. Speaker, I wish to send her our congratulations and to wish her health and happiness.

Hon. Douglas Abbot! (Minister of Finance) moved that the house go into committee of supply.

Topic:   EMMA MOIR
Subtopic:   EXPRESSIONS OF CONGRATULATION ON HER
Permalink