Mr. Speaker, on a question of privilege, I wish to refer to a report in the press of what I said yesterday in the house concerning the Easter recess. A Canadian Press dispatch, referring to the request I made yesterday for information as to the date on which the house will rise, states:

Opposition parties indicated in the Commons today they would prefer a longer Easter recess than that suggested by the government.

The report then goes on to refer to my comments on the subject. I should like to point out that I did not ask for a longer recess. The exact words I used were:

No matter what the length of the recess may be, I suggest to the government that this is a fairly obvious consideration . . .

I was referring to the fact that members would wish to be home in the week before Easter. I wish to make it quite clear that the remarks I made did not involve any suggestion of a longer recess, but were directed to the fact that members living some distance away should know what period the recess will include. I also urged that the week before Easter should be made available to enable members to get home in time to make any necessary arrangements before Easter.

Mr. Speaker, I had intended to make a statement on the orders of the day, but as the leader of the opposition (Mr. Drew) has raised the question at this time, I think perhaps I should make it now.

I understand that the desire was expressed to have a definite announcement as to what it is intended to propose for the Easter holiday. Since my return this morning I have received a report from our whip of his conversations with the whips of the other groups in the house. I find that among the other groups there is a decided preference for an adjournment that would start on Wednesday afternoon, the 5th of April, at six o'clock, and extend to the Monday after Easter week. In other words, the adjournment would be

from Wednesday, the 5th of April, at six o'clock, until Monday, the 17th of April, at three o'clock. This takes away one full day, but I understand that it would be much more convenient for quite a large number who wish to get home for Good Friday. I think it is; fair to assume that it will lie the desire of the house to have that done, and to proceed in the meantime in such a way so that we shall feel we have done those things which have to be done before rising for Easter. There are, for instance, four bills for which resolutions now appear on the order paper having to do with acts which expire on the 31st of March. One to which great importance is attached is that having to do with rent control. This is a very simple matter; it will provide for the extension of the Continuation of Transitional Measures Act, but it will apply only to rent control. Then there is a bill to extend the time during which prices support may be provided for agricultural products, and another for the same purpose for fisheries products. There is also a bill to extend the period during which the Agricultural Products Act shall remain in force. These are matters as to which there would be serious embarrassment, chaotic embarrassment, if a final decision were not made about them before March 31.

There are three motions to set up committees which I understand most hon. members would like to see set up and organized so that, if not much can be done before Easter with respect to their work, they will be able to function as soon as we come back after Easter. They are the committees on old age security, radio broadcasting, and railways and shipping owned, operated and controlled by the government. I would hope that we could have these matters disposed of so that the respective committees may be organized and be in a position when we return to carry out expeditiously their terms of reference.

I do not think I need make my declaration conditional, however. At this time, trusting to the good will of hon. members, I will undertake to place on the order paper a notice of motion that when the house adjourns on the afternoon of April 5 it shall stand adjourned until three o'clock on Monday, April 17.

METHOD OF COMPUTATION-CREATION OF SERVICE PENSION BOARD

He said: His Excellency the Governor General, having been informed of the subject matter of this resolution, recommends it to the consideration of the house.

Topic:   METHOD OF COMPUTATION-CREATION OF SERVICE PENSION BOARD
Permalink

PROVISION FOR PAYMENT AND DISTRIBUTION OF PRIZE MONEY

That it is expedient to present a bill to provide for the payment and distribution of prize money out of prize money presently and prospectively in the consolidated revenue fund.

He said: His Excellency the Governor General, having been informed of the subject matter of this resolution, recommends it to the consideration of the house.

STATEMENT AS TO FINAL PAYMENTS FROM FIVE-YEAR POOLS 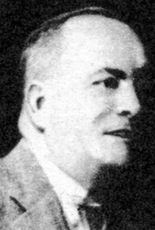 I should like to ask the Minister of Trade and Commerce what payments will be made by the government to the farmers on barley and oats, and when?

Mr. Speaker, it would seem that at this time a statement on the whole position of payments from the grain pools should be made, and I shall make that statement now.

Last week I stated in reply to a question on the orders of the day that it had been decided not to make a further interim payment on the five-year wheat pool, but that a final payment would be made as promptly as possible after the end of the crop year. An additional payment now would have to be distributed over some 1,400 million bushels

of wheat, involving some 1,350,000 separate cheques. The cost of making such a payment is estimated at roughly $500,000. Opposition members have charged the government with having made too large interim payments in previous years, and everything considered, it seems desirable to make one further payment when the final out-turn of the five-year pool is known.

It has also been decided to make only one further payment, that is, a final payment on the oats and barley pools. This payment will be made after the end of the crop year, as soon as sales have been completed of all the oats and barley delivered to the pools.

At this time, however, I believe that I should give some indication of what might be expected by way of a final payment from these pools. Any such forecast is dependent, of course, upon a number of factors, principally the course of market prices until the balance of the 1949 crop deliveries can be sold. There are still oats and barley on farms remaining to be delivered to this year's pools, and the sooner producers can get the grain they intend to sell delivered to country elevators, the greater the possibility of the board's taking advantage of the existing market in making sales and the sooner the transactions may be closed out at the end of the crop year in order to permit a final payment. Depending upon all these circumstances, and without in any sense making a commitment that payments will be made at these levels, I think it desirable that producers should know that, based on present prospects, I now estimate final payments at 10 cents per bushel on oats, 40 cents per bushel on the feed grades of barley and 50 cents per bushel on the malting grades.

These payments may appear low compared with present market levels, but it must be recognized that sales prices were much lower earlier in the season and any merchandising organization like the Canadian wheat board must sell steadily throughout the year. Any other sales policy would not be acceptable. If current prices hold and it is possible for the board to sell the balance of the pool stocks at current levels, then the final prices realized will be higher than present estimates.

Had it been decided to make interim payments now, the amounts would have had to be set at lower levels as a matter of ordinary precaution. Rather than make smaller payments at the present time, the available surpluses will be used by the board as working capital in reducing the amounts borrowed from the banks. As I mentioned earlier, opposition members have expressed a preference for using the surpluses accumulating in the pools in this way.

In stating the prospective final payments from these pools, I have done so with the purpose of giving all producers participating in these pools an idea of where they stand with respect to their further income. I also have in mind that this information should help those producers who require credit in connection with seeding to make any necessary arrangements with their banks.

Once again I should like to emphasize the need for early deliveries from farms, and I would urge producers who have wheat, oats or barley still to be delivered to get this grain into the elevators at the earliest opportunity. There is a good demand for early shipment of all these grains; some sales will be lost if the grain is held back and some have been lost through lack of grain in position. Moreover, as I have already mentioned, early delivery of these grains will facilitate the closing out of the pools and expedite the final payments in that connection.

I have another question based on a press report, with regard to the wheat council, which appeared in the Winnipeg Free Press of March 17. It reads as follows:

Will the minister now give us some further information on this arrangement, and indicate what if any benefits will accrue to Canada with respect to markets for wheat? In view of the foregoing, will he give us an estimate of future wheat payments, since that will affect many more farmers than will the coarse grains payments?

In reply to the first question, I am not in a position to estimate the final payment on wheat. There are factors involved that are not known at this time.

With regard to the international wheat agreement, perhaps I could read a dispatch from our representatives at the council meeting. It reads as follows:

The request made by Germany, involving a guaranteed quantity of 1,800,000 metric tons per year commencing with the current crop year, was approved subject to instruments of accession being deposited by April 30, 1950, and to conditions normally required of countries acceding to the agreement.

In the case of Japan, it was found that further time was necessary for the consideration of the issues involved. It was decided, therefore, to defer further consideration of this application until a later session of the council, which it is anticipated will probably take place before the end of the current crop year which ends July 31, 1950.

The following are the agreed shares of the German quantity:

I may say that when Japan accedes, the Canadian allotment will go up to 27 million bushels, which brings us back to the 230 million bushels which in earlier discussions was considered to be Canada's fair share of world wheat markets.